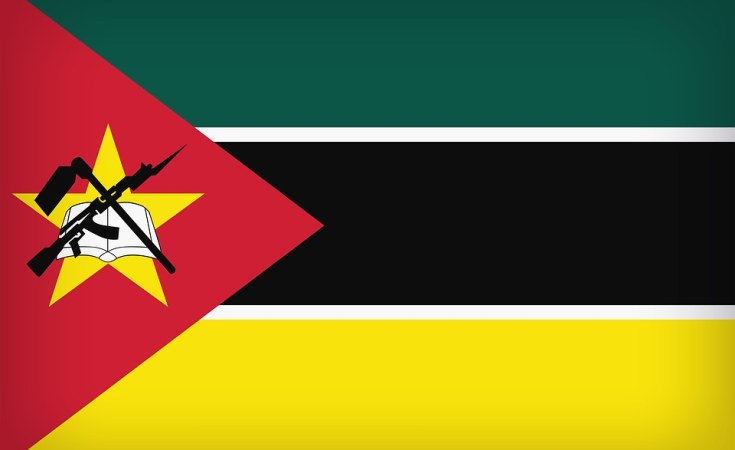 Recent reports indicate that attacks by Islamist militants in the Cabo Delgado area of northern Mozambique are dwindling. But the death of the chief of operations this week calls for strategic changes, local media reports.

Commander Eugênio Ussene Mussa allegedly died of Covid-19, but the cause of death was not officially given.

"President Filipe Nyusi thought that with Mussa in charge of that area, maybe they were going to win the battle," Mozambique correspondent Charles Mwangiro tells Africa Calling podcast.

"But with his death now, things are going to change," he adds.

Jihadists calling themselves al-Shabab have been launching attacks in Cabo Delgado province since 2017, but violence escalated last year. At least 2,500 have been killed and more than half a million people have been displaced over the three-year period.

Attacks on the decline?

The government has touted its recent success, especially as it has been dealing with at least 800 strikes by jihadists in the past year alone.

"Insurgent activity remained low in Cabo Delgado last week, while actions by government forces and their allies appeared to increase," according to the US-run ACLED database, which tracks violence in the region. They were referring to the first week of February.

While reports coming out of the area indicate fighting is on the wane, as militants begin to run out of supplies, correspondent Mwangiro says that the news is only coming from the government, making reporting on the crisis very difficult.

"We used to get reports from the insurgents because they had their own means of communication, such as the social media platforms," he says.

Mwangiro was reporting in Cabo Delgado in November and December, but said that it was difficult to work there.

"They don't want anyone there, and they're saying it's a danger zone," he adds, recounting stories of journalists who were disappeared, tortured and killed in the region.

The extremists call themselves al-Shabab, but they are not part of the group that carries out guerrilla attacks in Somalia.

"We don't know what al-Shabab this is," Mwangiro says. "The government has been saying that it's a new group. Some people say there's some local people involved, but no one knows who is fighting who in Cabo Delgado," he says.

Also figuring into the equation is the planned multi-billion-euro liquid natural gas exploration that is planned off the Afungi peninsula, near the Shabab-controlled area. Workers at the French oil major Total were evacuated in December when fighting broke out near their facility.

The Cabo Delgado incursions have played out around a multi-billion-dollar liquid natural gas (LNG) exploration project off the Afungi peninsula, raising concern among project developers.

However, Total CEO Patrick Pouyanne said this week that their plans were still on schedule to start production in 2024. He said that after jihadists came within 10 kilometres of the site, Mozambican officials pledged to provide protection within a 25-km radius.

Mozambique has asked the European Union for help with training soldiers to fight jihadists, and Portugal said in December it would step in. But Mozambique has been loath to ask for direct help in containing the violence.

Although Southern African Development Community (SADC), a regional body, was slated to hold a summit in mid-January on the current crisis in Mozambique, it was permanently postponed, according to Luza news agency.

"The government has been saying it can control the situation in Cabo Delgado, but it's likely to affect other countries in the region, like Tanzania, Zambia, and Malawi too," says Mwangiro.

"That's why regional leaders have been trying to help with the insurgency in the region," he adds.