It could take Kenya up to 2023 to vaccinate 16 million vulnerable citizens against Covid-19, a detailed Ministry of Health immunisation plan has revealed.

Should everything go according to plan, the first consignment of the Covid-19 jabs will land in Nairobi next week.

It will then cost Sh34 billion for the country to successfully deploy over a period of about 18 months (one-and-a-half-years), covering a third of the population, according to the government's plan.

The copy of Ministry of Health Covid-19 vaccine rollout strategy seen by the Nation was shared at a stakeholder's meeting held last week.

From the plan, Gavi, the global vaccine alliance, will pump in Sh20 billion as the government provides Sh14 billion. Traditionally, the Global Alliance for Vaccines and Immunisation (Gavi) is the single-largest donor for vaccines used in the country.

A total of 15.91 million people, covering 33 per cent of the population, are targeted for the vaccination intended to run up to 2023. From the plan, the first phase of introduction will see 1.25 million frontline healthcare workers (including community health workers), critical and/or essential workers immunised during the third and fourth quarter of the year.

In the second phase, the Health ministry will seek to vaccinate populations considered to be at risk of developing severe Covid-19 disease or die. This number is estimated at 9.76 million people over the age of 50, and those who are above 18 years but have one or more medical conditions (comorbidity). They will be factored in the inoculation that will be done in the 2021/2022 financial year.

"The last phase is expected to run during the 2022/2023 financial year and will ensure equitable vaccination of other vulnerable groups," reads the dossier.

This group stands at 4.9 million people above the age of 18 in what the ministry termed congregate settings (shared facilities), hospitality and tourism industry. The ministry says that the three phases, however, might overlap as more vaccines become available during phase two and three.

To manage Covid-19, the alliance has allocated 4.2 million doses of AstraZeneca's doses to Kenya, which was seeking at least 24 million doses in the first instance, through the Gavi's Covid-19 Vaccines Global Access (Covax) facility, to cover at least 20 per cent of the population.

According to the dossier, arrival and distribution to service delivery points of jabs that will be used in the phase I is expected in the third week of February, followed by administration of the doses in the fourth week.

A source privy to the vaccine roll out plan said the Ministry was exploring the Africa CDC mechanism to cover an extra 10 per cent at Sh8.8 billion.

In the fourth week of March, the country is expected to introduce the vaccines after a community mobilisation to create demand for the doses and airing of print and electronic messages.

The plan also adds that vaccines which require ultra-cold storage like Pfizer/BioNtech (-70°C) will only be considered for Phase I, while those that can be kept under positive temperature like AstraZeneca (2-8°C) will be used in phase 2 and 3.

The initial phase of vaccination will also see the shots administered in Level four, five and six hospitals as administration sites. The hospitals account for five percent of total health facilities in the country. 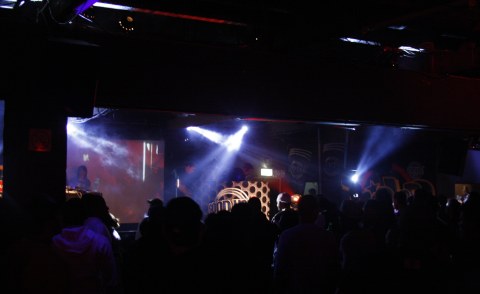 More Kenyan Men Go For Covid-19 Jab Despite Slow Uptake
Tagged:
Copyright © 2021 The Nation. All rights reserved. Distributed by AllAfrica Global Media (allAfrica.com). To contact the copyright holder directly for corrections — or for permission to republish or make other authorized use of this material, click here.