Ethiopia: It's Still Difficult to Help Victims in Tigray Because Humanitarian Bodies Have Failed - Viñas 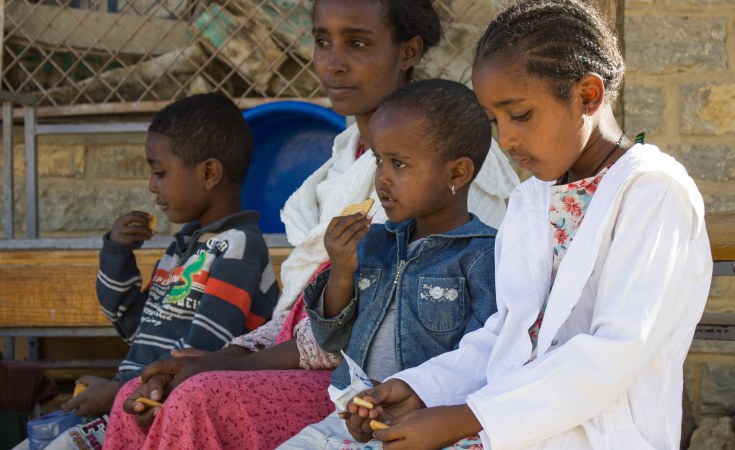 Albert Viñas, the emergency co-ordinator for Médecins sans Frontier, was in Tigray in 2020 to provide emergency services for six weeks. He spoke to Luke Anami

When did you first enter Tigray after the unrest and what was the situation like when you got there?

We entered the capital of Tigray, Mekele, with the first Medicins sans Frontier (MSF) team on December 16, 2020, more than a month after the violence started.

At first there were no flights to Mekele and we had to move everything by road from the Ethiopian capital, Addis Ababa, about 1,000 km away. You couldn't make money transfers because the banks were all closed. Yet we managed to start our operations. The city was quiet. There was electricity, but no basic supplies.

The local hospital was running at 30 to 40 percent capacity, with very little medication. Most significantly, there were almost no patients, which is always a very bad sign.

Where else did you offer services in Tigray?

Three days after reaching Mekele, we arrived in Adigrat, the second most populous city in Tigray. We also entered Adwa and Axum, two towns to the west of Adigrat, in central Tigray. Other MSF teams are also currently delivering medical care in different areas of central, south and north-west Tigray.

Can you describe what the situation was like in those places when MSF arrived?

Since violence broke out in this northern Ethiopian region in early November, some 60,000 people have taken refuge in Sudan and hundreds of thousands have been displaced within Tigray. In cities like Adigrat, Adwa or Axum there are no large settlements of displaced people -- instead most have taken refuge in the houses of relatives and friends, so many houses now have 20 or 25 people living together.

In Adigrat, the main hospital was in a terrible condition. Most of the health staff had left; there were hardly any medicines and there was no food, no water and no money.

How is the security in Adwa and Axum?

There we found a similar situation: No electricity or water. All the medicines had been stolen from Adwa general hospital, the hospital furniture and equipment were broken.

Fortunately, the Don Bosco institution in Adwa converted its clinic into an emergency hospital with a small operating theatre. In Axum, the 200-bed university hospital had not been attacked, but it was only operating at 10 percent capacity.

On roads where the security situation remained uncertain, we trucked food, medicine and oxygen to these hospitals and began to support the most essential medical departments, such as the operating theatres, maternity units and emergency rooms, and to refer critical cases.

How is the violence affecting the population in Tigray?

The impact of the violence is visible through bullet holes in buildings and in cars. At the beginning, we saw a population locked in their homes and living in great fear.

They would give us pieces of paper with phone numbers written on them and ask us to convey messages to their families. People don't even know if their relatives and loved ones are okay because in many places there are still no telephones.

Beyond the situation in the hospitals described earlier, around 80 or 90 per cent of the health centres that we visited between Mekele and Axum were not functional, either due to a lack of staff or because they had suffered robberies.

When the primary care service does not exist, people can't access or be referred to hospitals.

There is a large population suffering, with fatal consequences. Adigrat hospital has a catchment area of more than one million people and the one in Axum has more than three million. If these hospitals don't function properly and can't be accessed, then people die at home.

And when the health system is broken, vaccinations, disease detection and nutritional programmes don't function either. There have been no vaccinations in almost three months, so we fear there will be outbreaks of epidemics soon.

Are aid organisations able to reach those in need in Tigray currently?

Now, almost three months after the start of the conflict, other organisations are beginning to appear.

In recent weeks, our mobile medical teams have started visiting areas outside the main cities and we are reopening some health centres.

We have seen some health staff returning to work. However, we are extremely concerned about what may be happening in rural areas. We still haven't been able to go to many places, because access is still difficult, either because of insecurity or because it is hard to obtain authorisation.

What strikes you most about this crisis as a humanitarian worker?

I am struck by how difficult it has been -- and continues to be -- to access such a needy population in such a densely populated area. Considering the means and capacity for analysis possessed by international organisations and the UN, the fact that this is happening is a failure of the humanitarian world.

We still don't know the true impact of this crisis.