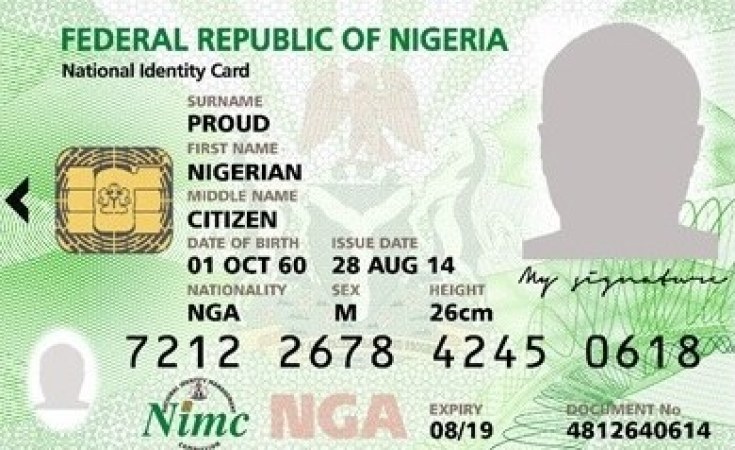 Nigerians are rushing to register their mobile phone SIM cards with the authorities, as the government extended a deadline to associate their chip with their unique National Identification Number (NIN).

"Initially, the government gave telecoms provider until December to register the lines," Garba Aliyu Zaria, a journalist with RFI's Hausa service told Africa Calling podcast. "But the deadline was shifted following a series of complaints from phone owners regarding extortions and all sort of discrepancies in obtaining the NIN."

The registration push has received lots of attention in the Nigerian media and the government has ordered telecommunication providers to suspend new sales of SIM cards, while existing numbers are registered. The new deadline is 6 April.

The Nigerian Communications Commission said in a statement on 2 February that some 56 million NINs have been collected by mobile operators. However, it is thought there are some 200 million SIM cards in Nigeria, according to reporter Aliyu.

The registration drive is part of an initiative to shore up security and ties identities to mobile phone users.

"It's a well-known fact that in Nigeria insurgents and kidnappers freely contact victims to demand ransoms, and they do this using telephones," said Aliyu, pointing out that it is currently easy to conceal your identity when using mobile phones.

The country's communications authority estimates that three or four SIM cards are tied to one NIN, suggesting that some Nigerians operate three or four different mobile phone numbers.

SIM card registration is also having an impact on non-Nigerians, as many foreign nationals from neighbouring countries also operate a Nigerian number to do business or stay in touch with family or friends.

"Most of these people are now in a dilemma of what to do to avoid forfeiting the Nigerian line," said Aliyu.

Some 1060 registration centres for NINs have been opened by the Nigerian government across the country, while telecoms providers have opened hundreds of centres, according to the government, but the process is not without delays in Africa's most populous nation.

"Indeed I did register long before now, but not without some bottlenecks," said Aliyu. "It took me 4 days when I registered last year. I don't think I belong to the category of people who can complain any further," he added.

In today's Nigeria, it's easier for a camel to pass through the eye of a needle than for one to buy a new SIM card.

Nigeria's National Identity Management Commission was put in place in 2007 and makes it mandatory to have a NIN for getting a passport, opening a bank account, buying financial products and voter registration.

Privacy International, a London-based watchdog working on the right to privacy, reported in 2019 that 50 countries on the African continent had introduced laws for mandatory SIM card registration, warning that it could allow for a "more pervasive system of mass surveillance of people".

A legal challenge to Nigeria's SIM card registration drive is before the country's courts, arguing for a right to privacy and that disconnecting lines because of non-registration would be a violation of fundamental rights, according to reports in local media.