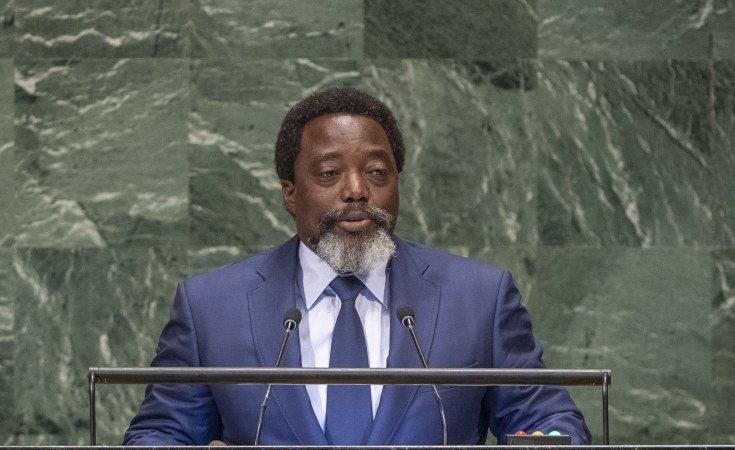 New witness testimonies have revealed more details about the murder of prominent Congolese human rights activist Floribert Chebeya and his driver Fidèle Bazana, over ten years ago, prompting calls for authorities to reopen the case and investigate orders for the security forces to carry out the murders.

"What we have is two new testimonies in this case, which was emblematic of the Kabila years - two testimonies this time from the perpetrators themselves," said RFI journalist Sonia Rolley, who carried out the investigation.

Floribert Chebeya was a prominent human rights activists and head of the Voice of the Voiceless non-governmental organisation, while Bazana was his driver. They were both killed on 1 June 2010 in the Democratic Republic of Congo.

The new evidence, from two police officers, describes how they received orders from their superiors to present themselves at police headquarters for a special assignment, according to RFI's investigation.

The orders given to police officer Hergil Ilunga wa Ilunga came from his superior Colonel Daniel Mukalay, through the command of General John Numbi, previously head of the DRC police.

General Numbi is close to former President Joseph Kabila and was seen as particularly powerful, running the police as well as having extensive connections within the Congolese army.

The other police officer involved was Alain Kayeye Longwa, who acted as a driver for Major Christian Ngoy Kenga Kenga.

Daniel Mukalay and Christian Ngoy set up the murders on behalf of General Numbi, while Hergil Ilunga and Alain Longwa helped transport and dispose of the corpses, as well as stage the killings.

One of the essential elements of the investigation is the location of Bazana's body, which has never been found. It was allegedly buried on a parcel of land belonging to Colonel Djadjidja, then-head of the military police.

The police officers implicated in the murders were not aware of Chebeye's human rights activities.

They spoke to RFI from outside of the DRC, revealing new details explaining how the murders were ordered through a chain of command within the security forces.

Chebeye was seen as a courageous human rights defender and had been especially critical of Kabila. His murder came just a year ahead of the 2011 elections, which was a particularly fraught time for the then-president who was looking to secure a second term in office.

"Floribert Chebeya was one of the most prominent human rights activists in the country," said Rolley. "He denounced everything, a lot of crimes committed by General Numbi at the time, or that General Numbi was suspected of," she added.

The exact trigger for why Chebeye and his driver were targeted remains unknown, according to Rolley, a specialist on the Great Lakes region. She described the murders as being carried out by a network within state institutions, implicating the Congolese police and military.

In a statement this week, over 100 Congolese rights groups called for the immediate arrest of Gen. Numbi and the reopening of #Chebeya's case. #DRC pic.twitter.com/wPGgskZF4J - - Ida Sawyer (@ida_sawyer) February 11, 2021

Chebeye's family have urged President Félix Tshisekedi to reopen the case into the murders given the new information that has come to light. A botched enquiry following the killings did originally accuse some of the right people, but most of them escaped justice, Rolley said.

The victims families are calling for a new trial, since it is obvious the murders were carried out on General Numbi's orders. A lawsuit has already been filed against Colonel Djadjidja for his role in concealing Bazana's body. Judicial authorities have reportedly set up a cordon to protect the crime scene ahead of further investigation.

"There's really an outcry, a lot of organisations that are calling for President Tshisekedi to get involved, and to push the military justice to do the right thing this time," said Rolley.

"We're in the context that former President Kabila is losing power and President Tshisekedi is gaining control over institutions and for those victims, family members and human rights organisations - it's the right time to reopen the Chebeya case," she added.