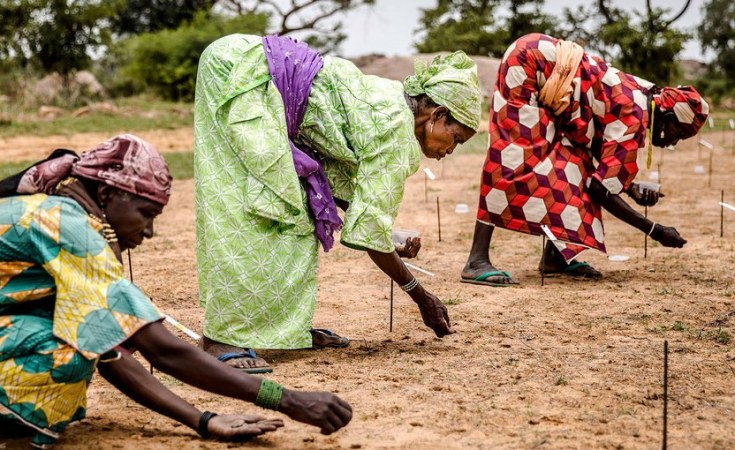 The UN Secretary-General has underlined his concern for Africa's Sahel region, where deteriorating security and violence are aggravating an already difficult humanitarian situation that is unfolding amid the COVID-19 pandemic and climate emergency.

António Guterres addressed heads of State from the Group of Five for the Sahel, known by the diplomatic shorthand 'G5 Sahel', meeting on Tuesday during their summit this week in Chad.

The UN chief noted that despite recent promising developments, including the peaceful holding of elections, civilians continue to pay the price for ongoing insecurity in the region, which has displaced more than two million people.

"COVID-19 has exacerbated existing vulnerabilities, including economic and health challenges, and has pushed more than six million people into extreme poverty," he said in a video message to the summit. "The G5 Sahel has a key role to play in addressing this crisis."

The countries established a Joint Force four years ago to combat terrorism and other cross-border threats, which receives assistance from international partners, including the UN's peacekeeping mission in Mali, MINUSMA.

The Secretary-General observed that although the Joint Force continues to grow in strength, it must have stable and predictable funding.

"MINUSMA support for the transition process and the stabilization of Mali must be a priority for partners in the region," he added, while condemning last week's deadly attack against UN peacekeepers serving in the country.

Mr. Guterres further pointed to development, the rule of law and good governance as "cornerstones of stability" in the Sahel region.

"Governments must regain the confidence of their citizens, and we are determined to support all efforts towards that end," he said.

The Secretary-General underscored the need to address the root causes of conflict, given the multidimensional and inter-related nature of the many challenges in the region.

He has appointed a Special Coordinator for Development in the Sahel, Mar Dieye, who will work together with the UN Special Representative for West Africa and the region, Mohammed Ibn Chambas, to advance peace and stability there.