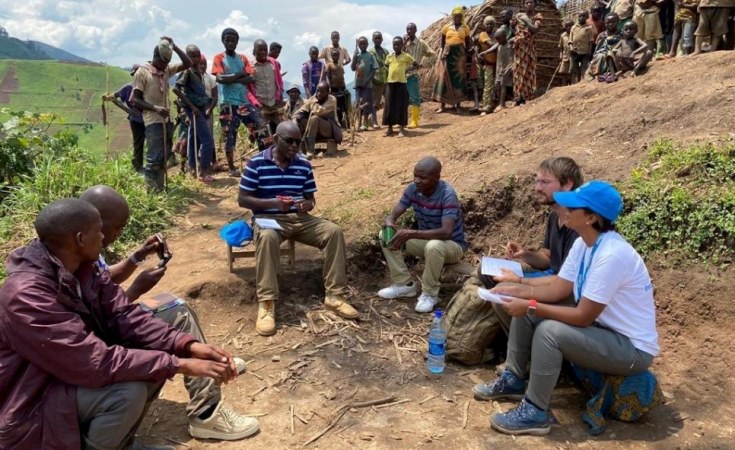 Atrocities committed by armed groups in the eastern Democratic Republic of the Congo (DRC) have become part of a systematic pattern to disrupt lives, instill fear and create havoc, the UN refugee agency, UNHCR, said on Tuesday, expressing alarm over the ongoing situation.

A record of more than 2,000 civilians were killed in three eastern provinces last year in attacks mainly attributed to armed groups, agency partners have reported.

The violence has continued into this year. The most recent incident occurred in late January, when two men were killed and six others were seriously injured following an incursion into a site for forcibly displaced people in Masisi Territory, North Kivu province.

UNHCR Spokesperson Babor Baloch said that three people from the Kivuye displacement site, which is supported by the agency, were kidnapped in raids carried out by an armed group a week ahead of the attack.

The armed group has also imposed a curfew in the area and visits homes to force residents to make "security" payments.

"UNHCR and its partners have heard numerous testimonies from people who have survived this targeted violence. Between December 2020 and January 2021, at least seven incursions by armed groups into five different sites have been reported in Masisi Territory," said Mr. Baloch, speaking from Geneva.

In eastern DRC, UNHCR and the International Organization for Migration (IOM) are supporting 22 sites, home to more than 88,000 displaced people. Thousands more are living in spontaneous sites, or in host communities.

"Attacks by armed groups are carried out on the suspicion of collaboration with other groups or the Congolese security forces," Mr. Baloch said. "Some of these sites are under threat from multiple armed groups. Civilians find themselves trapped in the middle of confrontations between different groups."

UNHCR has also received reports of armed groups forcibly occupying schools and homes, and attacking health centres, Mr. Baloch added. Some have also imposed illegal taxes on villagers who want to access their farms, thus cutting them off from their only source of food and income.

"While the Congolese army's military operations against militia groups are more often successful than in the past, the armed forces do not have the capacity to maintain control of the areas they secure, thus leaving space for armed actors to reclaim those areas and to impose themselves on the local population," he said.

UNHCR is working with local authorities and communities to protect civilians, while also closely monitoring the situation through its partners on the ground.

The violence has uprooted more than five million people in the past two years, according to UN estimates, but UNHCR's efforts to assist them remain severely underfunded.

The agency is seeking $195 million to support its operations in the DRC, but so far has received only six per cent of the funding.

Stabilising the DR Congo After an Apex Power Struggle

Wanted Warlord in DR Congo Still Preys On Civilians
Tagged:
Copyright © 2021 UN News Service. All rights reserved. Distributed by AllAfrica Global Media (allAfrica.com). To contact the copyright holder directly for corrections — or for permission to republish or make other authorized use of this material, click here.