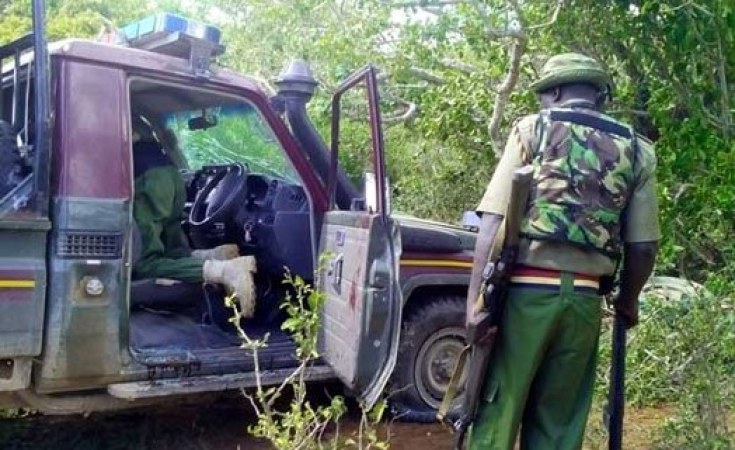 A wave of attacks by the Al-Shabaab that has left death and destruction in its wake in Mandera County, has raised questions about preparedness to fight terror even as the government warned of a local and ominous angle to the problem.

Within the county, the militants operate in Mandera East, Lafey, Elwak and Kutolo and recently spread their activities to the interior parts of Banisa, Rhamu and Takaba.

The latest attack was last Monday, after al-Shabaab militants raided Jabibar village and killed a police reservist and a civilian at 2am.

And now North Eastern Regional Coordinator Nicodemus Ndalana has admitted the militants have moved to the interior of the county, after dismissing earlier warnings by Mandera Governor Ali Roba that a security crisis was unfolding in the county.

The governor claimed the militants control more than half of the county and man the county's roads.

Mr Ndalana revealed that the State saw the Al-Shabaab crossing into Mandera but waited to see their actions inland.

"I know there is a problem because they have reached where they have never been before. I agree with everyone on that; we never used to have Al-Shabaab in Banisa and Takaba. They were only along the border, but currently, they have spread all over," Mr Ndalana said at a peace meeting in Mandera town.

"I saw Al-Shabaab moving in that direction. It's only that we did not know exactly what they were going to do in those new areas."

The administrator explained that initial intelligence reports showed the militants wanted to disrupt public transport on the Mandera-Banisa-Takaba road. On January 11, a Nairobi-bound bus was ambushed in Banisa but no one was hurt.

On the same day, a vehicle carrying examination material to Mandera town was hit by a roadside explosive and three of its five occupants were kidnapped.

Two police officers from Nairobi who were escorting the vehicle ran off and reached Banisa town. The three kidnapped civilians were found after a week of intensive search.

"They wanted to ensure the Mandera-Banisa-Takaba road is closed, just like the Mandera-Lafey-Elwak road," added Mr Ndalana.

The State has since dispatched sophisticated machinery to the affected area to deal with the militants, he said.

On January 13, a telecommunications mast at Darkale was vandalised and the following day, armed residents at Didkuro in Mandera West repulsed the militants who attempted to hit another mast in their area.

According to the administrator, the militants, who attack and vanish into Somalia, have disrupted business on the Mandera-Lafey-Elwak road, which is on the border.

"They managed to disrupt normalcy along the road near the border because they hit and run back into Somalia but their current mission is impossible because we have surrounded them," he warned.

He noted that the Al-Shabaab usually attacks Mandera in December and January.

He said Mandera had more than enough security personnel and equipment.

To deal with the situation, the government has set up a special unit camp in Banisa to respond to any distress in Banisa and Mandera West sub counties.

The government is now planning an anti-Al-Shabaab meeting with the residents.

Fear of a major attack

In the past three months, residents said, the militants have taken over mosques, imposed a tax on local businessmen and destroyed crucial installations such as telecommunication masts in preparation for what many fear could be a major attack.

"Al-Shabaab are planning something sinister, considering their efforts to destroy the communication network in Mandera. We are confused as we continue to find ourselves between terrorism and military fights of the Somali security camps," said Mr Ali Hassan, a resident.

Mr Ndalama concluded by saying that the insecurity in Mandera is worsened by the long porous border and unstable Somalia as a neighbour.

Sleeper agents also deceptively remain inactive for a long time, during which they carry out espionage until they are ordered to carry out or assist in the execution of attacks.

"We just have to learn how to live with terrorism," he said as he appealed for community participation in the fight against terrorism in Mandera.

"We need wananchi, the politicians, police and special forces to win this fight. It lies in our hands to win the fight and we can only win if we provide information to the security agencies," he said.

Mr Ndalana revealed that apart from Al-Shabaab seeking to disrupt operations on the road passing through the two sub-counties, the militants are also shielding and enabling drug trafficking.

"Apart from seeking to close use of the road, they are in the drug business and we are aware of that," he said.

A security operation launched towards the end of January has seen five suspected militants arrested and two others killed by the Kenya Defence Forces special units.

Three of the arrested suspects are being held in a police station in Mandera South and an attempt by police to take them to court on Monday aborted after militants ambushed the vehicle to free them.

Police managed to sneak the three into Mandera town on Wednesday but Mandera Senior Resident Magistrate Mukabi Kimani pushed their plea taking it to Thursday.

Two other suspects were arrested by Ethiopian forces as they crossed the border.

Their whereabouts remain unknown as police in Mandera denied having them in their custody.

Since 2014, Mandera has continued to suffer terrorist attacks executed by the Al-Shabaab.

Services at health centres and schools in Mandera have been affected because government teachers have resisted deployment to the county due to insecurity.

Previous Story
Next Story
120,000 Learners Have Dropped Out of School in Northern Kenya

120,000 Learners Have Dropped Out of School in Northern Kenya