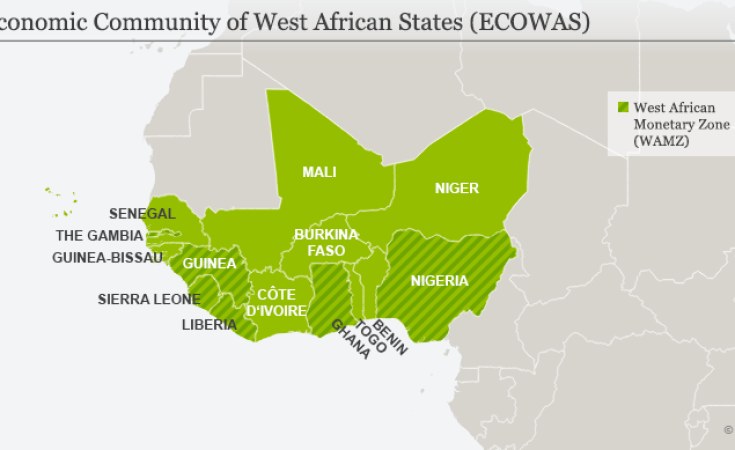 More than a year after adopting an action plan to 'eradicate' terrorism in West Africa, the Economic Community of West African States (ECOWAS) has made little progress. Despite expressions of support by member states, the regional body faces several challenges. Key among them is whether member states are really committed to a regional approach to counter-terrorism.

Considering that a regional counter-terrorism strategy and implementation plan passed by ECOWAS in 2013 was never implemented, the apparent lack of enthusiasm for the latest action plan raises questions about its prospects for success.

The 2020-2024 Action Plan, adopted by ECOWAS in 2019, has a budget of US$2.3 billion. Its eight priority areas range from pooling of efforts and coordination of counter-terrorism initiatives to promoting inter-community dialogue and preventing violent extremism. It's a step in the right direction. The plan enables ECOWAS to provide leadership on an issue that it has been competing with for years against the United Nations, African Union and Group of Five Sahel (G5 Sahel).

However, according to interviews conducted by the Institute for Security Studies (ISS), only initial meetings have been held with member states to discuss and agree on putting the plan into operation in their respective countries. These engagements were followed by a meeting of donors in November 2020, although no specific commitments were made.

Several challenges are obstructing implementation. First, for countries affected by terrorism, existing counter-terrorism initiatives such as the Multinational Joint Task Force, G5 Sahel and Accra Initiative are the preferred vehicles for addressing specific vulnerabilities within their borders.

For some of these states, ECOWAS seems ill-equipped to confront developing threats and adapt in a timely manner. Counter-terrorism officials from member countries of the Accra Initiative, for example, told the ISS there were complaints about the length of time it took ECOWAS to organise the Ouagadougou extraordinary summit, which was requested for February 2017 but was held in September 2019.

ECOWAS also has the familiar problem of inadequate resources. Officials interviewed said funds weren't forthcoming. No specific reasons were given other than apparent differences among member states over the mechanisms for financing the plan. Some have opted to not put funds in the common pot, instead allocating them to activities in line with their national counter-terrorism initiatives, which aren't necessarily inspired by the plan.

An allocation by the West African Economic and Monetary Union is reportedly disbursed directly to its member states. While Nigeria and Ghana have pledged a total of US$400 million, they are yet to make significant deposits to the pot. This may reflect countries' economic difficulties, in Nigeria's case brought on by the substantial declines in oil prices. But it could also indicate a tacit lack of confidence in ECOWAS as an effective mechanism for regional counter-terrorism.

The outbreak of COVID-19 also shifted member states' attention away from countering terrorism. The unexpected need to provide immediate relief to their citizens has strained national budgets as economic activities and tax receipts across the region have declined.

Compounding these problems are the action plan's problematic objective and focus. For example, one of its key aims is to end terrorism in the region in the next five years. This is an overly ambitious goal considering that terrorism is a menace to all 15 ECOWAS states and a serious problem in at least four of them (Mali, Niger, Nigeria and Burkina Faso).

Counter-terrorism is a complex, long-term endeavour that requires significant investments of time and money. This is no doubt another reason why states in the region haven't shown enough commitment to implementing the ECOWAS framework.

Despite a multiplicity of strategies by national governments and partners for several years, violence and insecurity linked to terrorism in the Sahel and the Lake Chad Basin regions persist and, in some cases, have worsened. At its 58th Ordinary Session held virtually on 23 January, ECOWAS leaders decried 'the continued terrorist attacks in frontline countries ... despite the intense efforts deployed by these countries.'

Nearly 80% of the plan's budget is for border security, intelligence and security force capacity

The ECOWAS plan's lack of emphasis on addressing the root causes of terrorism, particularly governance and development deficits, also fuels scepticism about its chances of success. Violent extremist groups exploit these longstanding vulnerabilities, partly by providing services to populations in areas where the state is either absent, resented or too weak to shoulder its responsibilities.

Another major shortcoming is that nearly 80% of the plan's budget is allocated to three areas: border management and security; information and intelligence sharing; and training and equipment for defence and security forces. These are necessary for some aspects of the counter-terrorism response, but prioritising them to that extent means the conditions that allow terrorism to thrive will go unattended.

Better training and improved intelligence may facilitate the identification of suspected insurgents, early detection of plots, or the disruption of terrorists' resource supply chains. But these are only the symptoms - not the underlying causes of the problem.

ECOWAS should not just pool resources and coordinate initiatives, but serve as a conduit to enhance the quality and delivery of existing counter-terrorism efforts. Platforms for sharing knowledge and experience are needed, so that lessons can be learnt and best practices adopted. This will highlight the importance of dealing with the governance and development problems that underpin terrorism.

This article was produced with the support from the UK Conflict, Stability and Security Fund, the Kingdom of the Netherlands and the Open Society Foundation