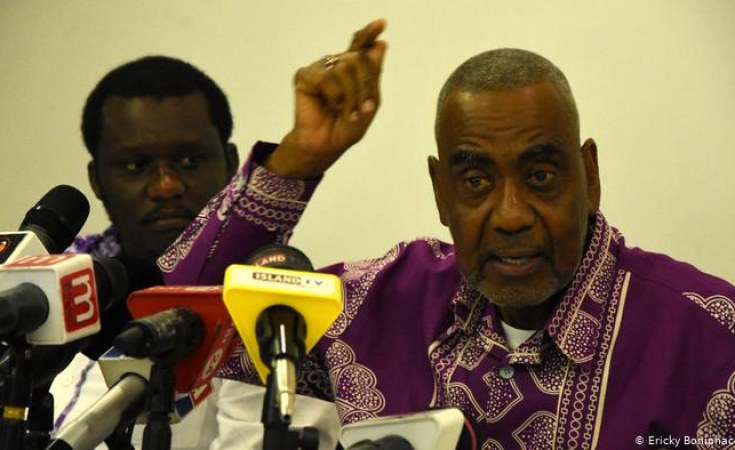 Hamad, 77, a veteran politician for the ACT-Wazalendo opposition party, tested positive for Covid-19 at the beginning of February, and was admitted to Muhimbili National Hospital, where he died on Wednesday.

Both Mwinyi and President John Magufuli acknowledged his passing and sent condolences, but did not confirm the cause of his death.

"People suspect he died from the coronavirus, but no statements have been made," RFI Kiswahili journalist Victor Abuso told the Africa Calling podcast.

ACT-Wazalendo party leader Zitto Kabwe told media that he had just recently seen Hamad in the hospital and thought he was recovering well before he received the news of his passing.

Tanzania controversially announced last year that Covid-19 was no longer present in Tanzania because they had prayed it out of the country.

"This is happening at a time when a lot of people in Tanzania are living in fear and not knowing exactly what is happening because they do not have enough information on coronavirus," said Abuso.

Zanzibar is observing seven days of mourning and will fly the flag at half mast, said Mwinyi in a brief speech on state broadcaster ZBC TV.

Whether Hamad's death will officially change the government's stance that Covid-19 exists is yet to be seen, but individuals will certainly take heed, says Abuso.

"This is going to change things - we might not hear anything concrete from the authorities there, but we expect people in Zanzibar and mainland Tanzania are going to take more seriously that the virus is still in the country," he says.

After the period of mourning, it is not immediately clear who will take Hamad's place as first vice president of the island archipelago.

Recent constitution changes stipulate that the runner-up to the election will be first vice president, says Abuso. Hamad came in second, although the elections were disputed.

"What might happen is that the person who came in third in the first election might be first vice president, but we are still waiting to see if it will happen," says Abuso.

"As you know, the ruling Chama Cha Mapinduzi (CCM) party has dominated politics in Tanzania and Zanzibar for so long; it wouldn't surprise many if President Ali Hassan Mwinyi decides to rule by himself for the next five years," he says.

Previous Story
Next Story
What Happens If Countries Don't Vaccinate for Covid?

What Happens If Countries Don't Vaccinate for Covid?