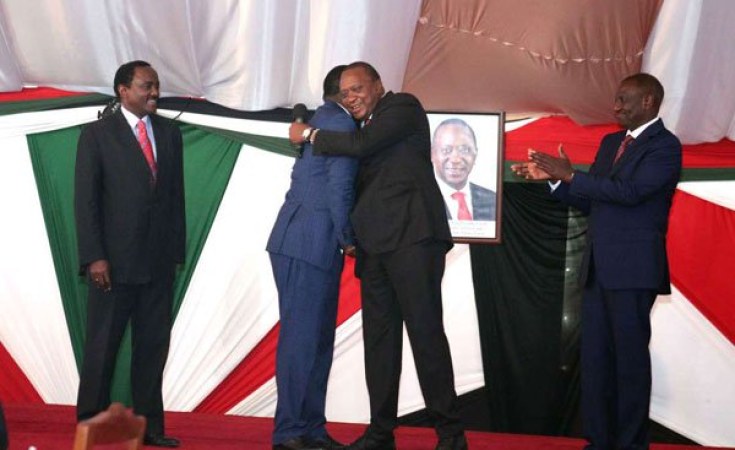 In the changes announced last night, eight Principal Secretaries were reshuffed, including Dr Belio Kipsang who moves from Education to the State Department for Regional and Northern Corridor Development.

He was replaced in Education by Dr. Julius Ouma Jwan who was PS for Vocational and Technical Training which has now been taken over by Dr Margaret Mwakima who was PS for Northern Corridor.

Other changes include the reshufle of Cabinet Administrative Secretaries, incuding Zack Kinuthia who moves from Education to Sports, swapping places with Hassan Noor Hassan in changes affecting 3 others.

Dr Sarah Ruto of the Kenya Institute of Curriculum Development was also named CAS in the Education Ministry where she will replace Kinuthia.

Also affected in the reshuffle are David Osiany of Trade, Dr Sarah Ruto Education, Eric Simiyu Treasury and five others.

The President also announced the merging of the State Mining Department with that of Petroleum in new ministry changes.

The reshuffle is a presidential action that seeks to foster operational efficiency and expedite the implementation of various ground-breaking reforms that shall make Ministries and State Departments more effective and better able to deliver on their mandates.