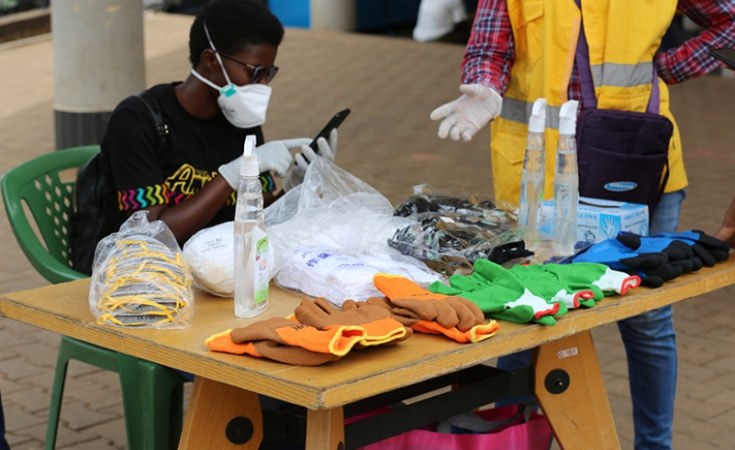 James Tayebwa, a cross-border trade policy specialist at the Ministry of Trade and Industry (MINICOM), noted this as he explained how challenges facing small or informal cross-border traders during the Covid-19 pandemic are being addressed.

The outbreak of Covid-19 early last year came with a number of restrictions, including cross-border movement.

During the initial restrictions for only big consignments, Tayebwa said, the government "encouraged the small-scale cross border traders to aggregate their goods under groups mainly transporting the goods across the border by hiring motorized tricycles."

The groups, Tayebwa noted, are not only for the big formal cooperatives but even small traders in the same line of business can team up and trade as one unit.

Trade between neighbouring countries conducted by vulnerable, small and often unregistered traders who move marchandise between markets close to the border forms a significant part of intra-EAC trade.

It contributes income, provides jobs and empowers women in some of the most fragile and impoverished communities on the continent. This is why experts see any threat to informal cross-border trade as a threat to the most vulnerable and want it taken seriously.

Before the pandemic struck more than 40,000 small scale traders crossed the Petite-Barriere border linking Rwanda to DR Congo, one of the busiest on the continent, every day.

A Rwf5,000 fee valid for two weeks is charged on small traders and has been extended to formal traders as well.

The government even set up a joint task force to devise measures to ensure continued flow of trade with the DR Congo during the Covid-19 situation.

The UNECA-TMEA-AERC report notes that the pandemic had a severe negative impact on communities that are heavily dependent on informal cross-border trade, exacerbating, particularly, the challenges faced by women traders.

Besides the fact that many small businesses run out of working capital due to closure during the Covid-19 lockdown Tayebwa also noted that challenges faced by female informal traders every day include "possible harassment" when they cross the border.

This is mitigated, he said, by encouraging them to trade under cooperatives or groups that can be easily facilitated to trade. Cross border markets with modern facilities were established "so that they (women) can sell their merchandise without necessarily crossing."

Lack of market information is another obstacle women face. To mitigate this, Tayebwa said, the government supported the establishment and operations of Trade Information Desks (TIDs) which "provide various types of trade information" to the small-scale traders.

Sometimes, he noted, there is also the confiscation of marchandise by border officials.

"The TIDs are also very active in advocacy for the women traders' rights at the borders, including receiving such complaints and following them up with the border officials up to when they are resolved," Tayebwa said.

The Ministry, he added, is encouraging the transformation of cross border trade: from the informal to the formal type, especially through embracing cooperatives.

"Therefore, small-scale individual traders have over the past two to three years been sensitized on the need to form or join cooperatives. This is an ongoing process."