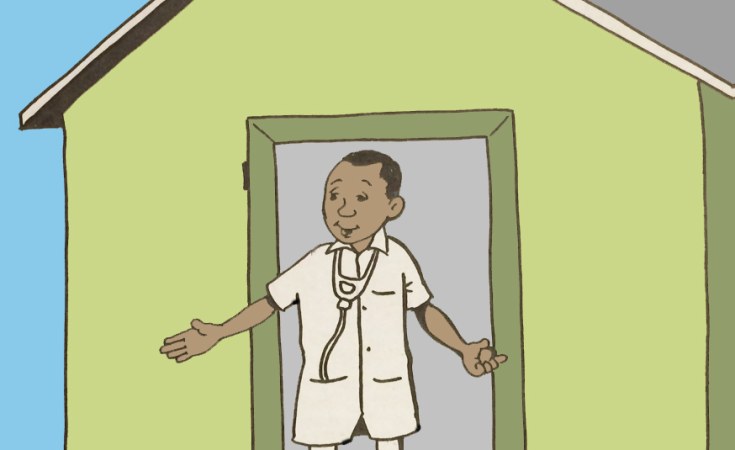 U.S. Centers for Diseaase Control and Prevention
African countries have been more scientific about containing Ebola than many other places, noting that Ebola is not spread by air, water or casual contact - only by contact with bodily fluids from a visably ill person. Uganda is using surveillance of everyone it sees crossing the border from Congo and is treating the first confirmed case.
The New Dawn (Monrovia)
By Ethel A. Tweh And Jonathan Browne

The National Public Health Institute of Liberia and the Ministry of Health have disclosed that test result for the suspected index Ebola case in Liberia is expected shortly.

The Minister of Health Doctor Wilhemina Jallah confirmed here that a lady, who recently came from Guinea and fell sick, went to a local hospital in Monrovia to seek medical attention. Appearing before the Liberian Senate Thursday, February 18, 2021 Doctor Jallah explained the woman has been showing signs and symptoms of the Ebola Virus Disease.

However, she said the symptoms could also be related to Laser Fever or the Coronavirus, detailing that test was taken and result was expected Thursday, but clarified that officially, there is no Ebola case in the country until the suspected case is pronounced positive.

The Government of neighboring Guinea on Sunday, February 14, 2021, told the World Health Organization about the discovery of Ebola Virus Disease (EVD) cases in the sub-prefecture of Gouécké, Nzérékoré Region.

The cases were reportedly discovered between 18 January and 13 February 2021, indicating symptoms of diarrhea, vomiting and bleeding following the burial of a nurse on 1 February 2021 in that country.

Speaking in the chambers of the Liberian Senate, Dr. Jallah said measures are being put in place to control the Ebola Virus if it is confirmed in the country, adding that Bong, Nimba, Lofa, Grand Cape Mount and Montserrado counties are targeted areas.

The Health Minister also revealed contacts are being made with the first health facility the woman went to when she came from Guinea and those she interacted with.

Meanwhile, Doctor Jallah said the ministry needs US$150,000 (One Hundred and Fifty Thousands United States Dollars) as an initial budget in the fight against the EVD.

Responding, Senator Nyonblee Kangar Lawrence of Grand Bassa County recalled that when Ebola initially hit the country in 2013 during the administration of former President Ellen Johnson Sirleaf, the economy was stable, but now is broken, so she is worried how to begin the battle and help health workers, who are at the frontline. At the same time Senator Kangar Lawrence said her attention has been drawn US$75 testing fee levied by the Health Ministry for travelers leaving and entering at the Roberts International Airport and wants to know how funds generated are being expended.

In response, Dr. Jallah said money collected at the airport is used to pay hotels that were hired by the government to quarantine and feed COVID-19 patients.

But Sinoe County Senator J. Milton Teahjay said the ministry should immediately halt spending government money unilaterally, emphasizing that the Ministry of Health is not authorized to spend money collected for the government without approval.

On 30 March 2014, Liberia confirmed its first two cases of Ebola virus disease in Foya, Lofa County, traced from neighboring Guinea. By 23 April that same year, thirty-four cases had been reported and six deaths recorded, and by June, sixteen people had succumbed to the disease in the country.

Tagged:
Copyright © 2021 The New Dawn. All rights reserved. Distributed by AllAfrica Global Media (allAfrica.com). To contact the copyright holder directly for corrections — or for permission to republish or make other authorized use of this material, click here.