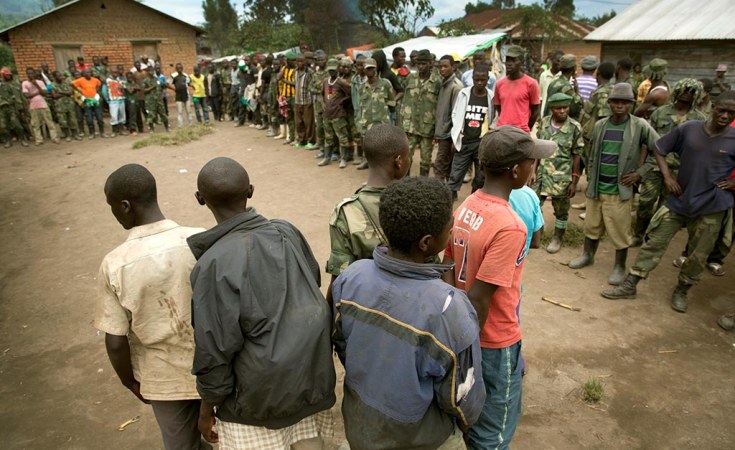 - Armed groups have recruited nearly 3,000 children in Central African Republic (CAR) since violence flared over a Dec. 27 election result and more are at risk as aid fails to reach many people driven from their homes, aid workers said.

More than 210,000 people have been uprooted by the fighting, with children increasingly vulnerable to forcible recruitment as humanitarian supplies are cut off by widespread violence and attacks on aid convoys, leaving tens of thousands in dire need.

"Children are increasingly exposed to recruitment by armed men for about $30, and many carry the scars and trauma from what they experience for life," said David Manan, country director for the Norwegian Refugee Council (NRC).

The CAR army, backed by U.N., Russian and Rwandan troops, has been battling rebels seeking to overturn the victory of President Faustin-Archange Touadera.

The nation of nearly five million people has struggled to find stability since a 2013 rebellion ousted former President Francois Bozize.

According to United Nations data published this week by the NRC, almost 3,000 child soldiers have been recruited so far this year. It did not provide data for the same period last year or say if the recruitment figures had risen due to the fighting.

But Boris Cheshirkov, a spokesman at the U.N. refugee agency (UNHCR), said it had received reports about the presence of armed groups in some sites where displaced people are sheltering.

"(This) poses a severe risk for the displaced, including the risk of forced recruitment," he told the Thomson Reuters Foundation in emailed comments.

"The risks are amplified for displaced children, especially in sites where armed groups have been reported and as some schools have been attacked or occupied," he said.

Children separated from their families during the mass movement of people were at particular risk, he added.

While children are used as fighters by armed groups, others are forced to work in other roles such as cooks or for sexual exploitation.

"It is a sad reminder of how we, as an international community, have failed to protect these young people," said Manan from the NRC.

Nearly One In Three Are Displaced in CAR