Nigeria's foreign affairs ministry said the minister was earlier quoted out of context.

Nigeria has never aspired to make the Republic of Benin or any other country a part of its territory, the spokesman of the nation's foreign ministry, Ferdinand Nwonye, said Saturday.

Reactions have trailed the statement earlier made by Nigeria's foreign minister, Godfrey Onyeama, who suggested that Benin wanted to become Nigeria's 37th state after a meeting of both countries' presidents and their respective ministerial delegations earlier in the month.

"The president of Benin said as far as they are concerned, they want (not just saying it like that) but in reality, Benin should be the 37th state of Nigeria," Mr Onyeama told reporters, an audio of which was obtained by PREMIUM TIMES.

"We should really be one. They charged us to come together at ministerial level, to work out a framework for a sustainable relationship," he added.

But the ministry appears to have walked back Mr Onyeama's statement by saying the minister was quoted out of context.

"The honourable minister of foreign affairs, Geoffrey Onyeama in the presence of his counterpart from the Republic of Benin granted a press interview after a very fruitful meeting between ministerial delegations from both countries," the ministry's statement read.

The statement further said that what the minister meant was that: "... the President of Benin Republic said he would like the relations between the two countries to be so close as if Benin was the 37th State of Nigeria."

French-speaking Benin flanks Nigeria to the west, and both countries have been embroiled in a cold diplomatic row in recent years after the Nigerian government accused its Bénin counterpart of not doing enough to check smuggling through its borders into Nigeria. 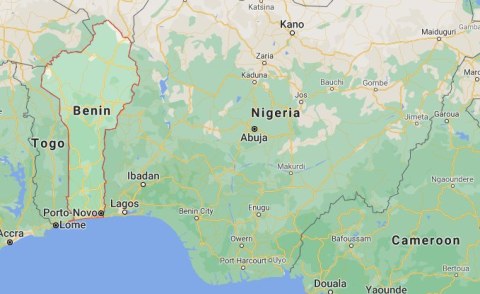 No, Benin Republic Does Not Want to Be Part of Nigeria
Tagged:
Copyright © 2021 Premium Times. All rights reserved. Distributed by AllAfrica Global Media (allAfrica.com). To contact the copyright holder directly for corrections — or for permission to republish or make other authorized use of this material, click here.