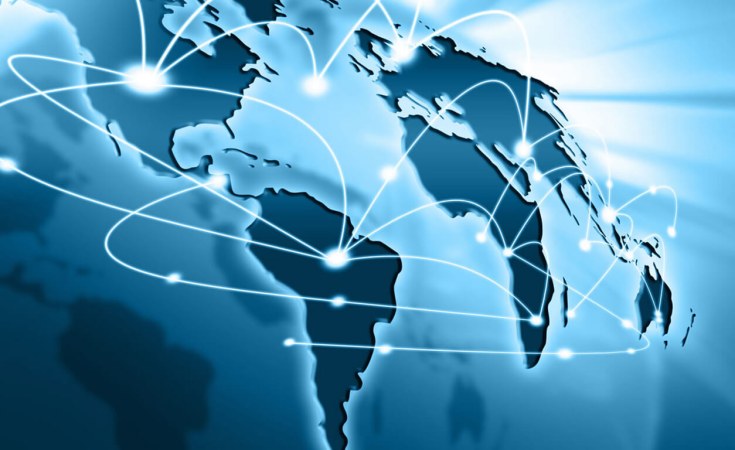 London — Despite the transition to a democratic Government in 2017, the country has not really got to grips with the kinds of reforms that would help the communications sector grow. Russell Southwood spoke to industry sources in the country about the things that have not really happened.

The country's most immediate problem is that its connection to the ACE international cable has been cut twice in four weeks:"There have been a lot of outages. There is an area (where the cable comes in) that is supposed to be a protected zone. But the Government is weak and allows fishing boats to go there."

When the ACE cable is cut, there is a back-up route through Sonatel in Senegal:"It charges an arm-and-a-leg for back-up. For two weeks, we got charged 5,000 euros for 500 mbps." A Committee has been set up to look at a new cable and it has been talking to Main One and Google about its Aquino cable.

But there is a wider problem at Government level in terms of the required reforms. The current President has been busy politicking to get himself a second term and the reforms that should have happened after the departure of Jammeh have been left hanging. As under the previous Government, there is a lack of required skills and political leadership and the regulator is weak.

Item one on any list of reform would have been what happens to state-owned telco Gamtel. According to a World Bank project appraisal document on a proposed grant to the Government of Gambia dated 8 May 2020:"Due to their mismanagement and lack of financial discipline under the former regime, SOEs (which include Gamtel and Gamcel) are large debtors of the GoTG." It described both entities experiencing "financial challenges that have created serious macroeconomic and fiscal implications."

The Government of Gambia has to service US$58 million of telecom-related loans (from the Islamic Development Bank and China EximBank) over the next two decades, a relatively large sum for a small country, with annual US$5 repayments on average:"The Government is considering the establishment of a public-private partnership (PPP) to manage the essential fiber infrastructure whereby it could explore options to off-shoulder part of the external debt".

"In addition to this debt, GAMCEL's financial statements showed commercial debt totaling US$21 million for end-2018. Together (but mostly GAMCEL), their tax arrears make up over 50 percent of total SOE tax arrears and they are the only telecom companies with tax arrears." Despite all the debt, the report notes that Gamcel's network lags behind its private competitors.

According to another industry source:"Not much has happened with Gamtel. It's struggling and there's not much happiness among its staff". The Government has created the ECOWAN Open Access network which will operate national fibre on behalf of everybody. Local ISP Netpage was doing FTTH and the Ministry stopped it and paid back the investment it had made. But there is currently no sign of an investor or external operator.

In May 2020 a little known Egyptian company called Space Wide beat Huawei for a 35 million euros contract for billing and network expansion for Gamtel. Unconfirmed rumors are circulating that it will form a joint venture with Gamcel to turn things around as "it still only has a 3G network."

Both leading MNO Africell and local player QCell have 4G networks. The fourth player Comium is hanging on in there but has not had much money for capital investment. A couple of local ISPs have a few 4G base stations.

There are probably 700-800,000 smartphones in a country of 2 million and the actual figure may be nearer 1 million:"There are a lot of grey market phones." A lot of people are using Facebook and WhatsApp. Under Covid-19 restrictions, the forthcoming election campaign is being played out on social media:"The general population thinks that the MNOs give very poor service and the internet is very expensive."

Keith Joseph, CEO, Safaricom announced that it was one of the shortlisted companies for a mobile licence in Ethiopia. The Ethiopian regulator ECA denied bidders for new licences have been shortlisted.

According to the Namibian Economist, a significant Public Private Partnership (PPP) between Paratus Telecom and Telecom Namibia will fund the Namibian link to Google's new undersea cable between South Africa and Portugal. Another group that showed a keen interest to be involved in the project is Demshi Investment Holding who came on board as a private licensed operator investing in additional capacity.

French-owned wireless provider Orange DRC has signed a ten-year Network as a Service (NaaS) contract with Canadian vendor NuRAN to extend the cellco's coverage of rural areas of the Democratic Republic of Congo (DRC). Under the terms of the agreement, NuRAN will build and operate 2,000 towers over the next 40 months with a particular focus on rural communities with populations over 5,000. According to NuRAN, the towers will provide 2.75G connectivity to up to ten million people that were previously left unserved or underserved.

9mobile, has launched commercial 4G services in the city of llorin, the state capital of Kwara State in Western Nigeria.

CST, the incumbent provider of fixed, mobile and data services in Sao Tome and Principe, has expanded its fibre-optic network to the north of the country. Customers in the city of Neves and surrounding area will be able to benefit from broadband internet at maximum speeds of between 3Mbps and 200Mbps. Within the next few weeks, the fibre-to-the-home (FTTH) service will also reach the city of Angolares, completing a strategy to cover all district capitals. According to CEO of CST Jorge Frazao, more than 80% of the firm's fixed internet customers are served via fibre-optic connections.

MTN is selling its 20% shareholding in international wholesale operator BICS.

Senegalese regulator ARTP has fixed its spotlight on Expresso for service shortcomings and outstanding fees of USD12.9 million. Unless it addresses these issues, it may lose its licence.

Tagged:
Copyright © 2021 Balancing Act. All rights reserved. Distributed by AllAfrica Global Media (allAfrica.com). To contact the copyright holder directly for corrections — or for permission to republish or make other authorized use of this material, click here.