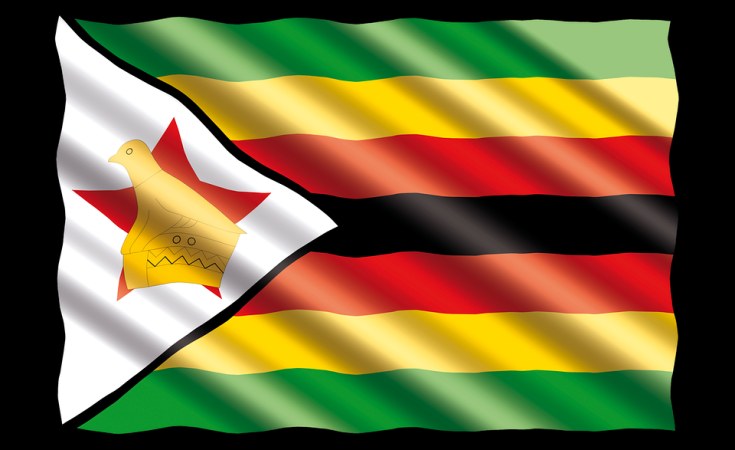 The European Union welcomes further opportunities for continued dialogue and engagement with Zimbabwe and reiterates its ambition for a more constructive relationship.

The EU recalls the Council conclusions of February 17, 2020 and notes with concern that Zimbabwe's multifaceted and prolonged crisis has further deepened.

The lack of substantial reforms has allowed the continued deterioration of the humanitarian, economic and social situation.

Violations of human rights and limitations on the democratic space are also persisting.

The EU is especially concerned about a proliferation of arrests and prosecutions of journalists, opposition actors and individuals expressing dissenting views, and the use by high-level officials of speech that could be interpreted as incitement to violence.

The government of Zimbabwe has committed to adhere fully to its constitutional and international human rights obligations which imply respecting human rights and fundamental freedoms, including addressing impunity.

Perpetrators of human rights violations and abuses should swiftly be brought to justice and the recommendations of the Motlanthe Commission of Inquiry should be implemented as a matter of priority and urgency.

In light of its continuing concerns, the EU has reviewed its restrictive measures, recalling their purpose to encourage a demonstrable, genuine and long-term commitment by the Zimbabwean authorities to respect and uphold human rights and the rule of law.

The EU has decided to renew its arms embargo and to maintain a targeted assets freeze against one company, Zimbabwe Defence Industries, taking into account the situation in Zimbabwe, including the continuing need to investigate the role of security force actors in human rights abuses.

The restrictive measures against three individuals continue to be suspended.

The EU will continue to closely follow developments, with a particular attention to the human rights situation, and recalls its readiness to review and adapt the whole range of its policies accordingly.

These measures do not affect the people of Zimbabwe, its economy, foreign direct investment, or trade, and Zimbabwe continues to benefit from duty- free and quota -free access of its exports to the EU, with negotiations to deepen the Eastern and Southern Africa (ESA) Economic Partnership Agreement (EPA) ongoing.

Accelerated political and economic reforms, respect for human rights, boosting trust in the rule of law and tackling corruption would contribute significantly to investor confidence, build a steady business climate and facilitate Zimbabwe in taking full advantage of the opportunities the EPA provides.

The EU reiterates its readiness to support credible and sustainable economic and political reforms, based on tangible commitments made by the Government of Zimbabwe.

The EU regards electoral reform as an important element to strengthen democracy in Zimbabwe and is ready to continue its support in this field in line with the recommendations made by the 2018 EU Electoral Observation Mission.

The EU will continue to support the people of Zimbabwe, having provided over the last seven years more than €366 million for the development of the country and €68 million of humanitarian assistance, including dedicated assistance in the fight against the Covid-19 pandemic.

The upcoming political dialogue with Zimbabwe will provide an opportunity for exchanging views and deepening mutual understanding as well as looking for constructive cooperation. 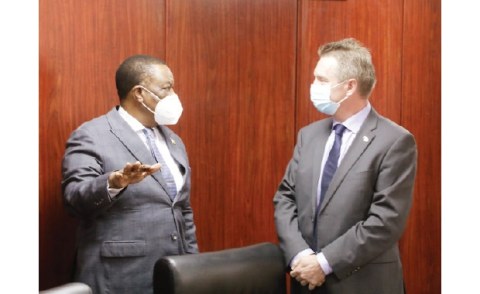 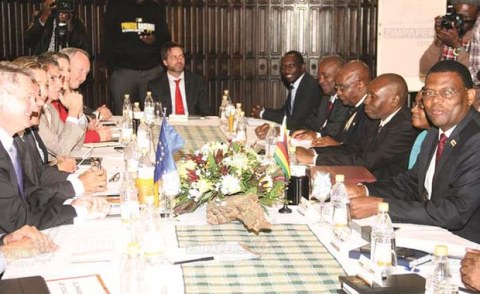 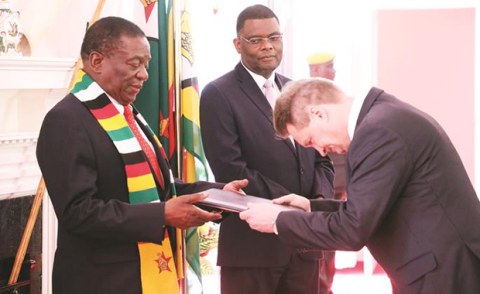 This is a Defining Moment for Zimbabwe - New EU Envoy

Covid-19 Fuels Food Insecurity in Zimbabwean Urban Areas
Tagged:
Copyright © 2021 Zimbabwe Standard. All rights reserved. Distributed by AllAfrica Global Media (allAfrica.com). To contact the copyright holder directly for corrections — or for permission to republish or make other authorized use of this material, click here.