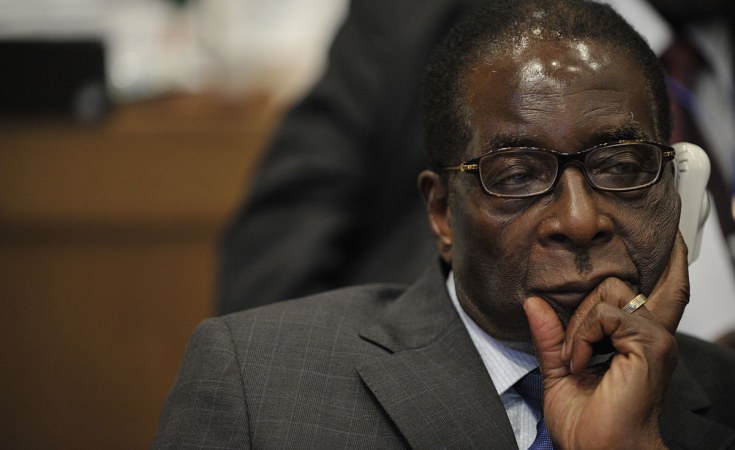 AS the nation commemorates Robert Mugabe National Youth Day this Sunday, political parties have expressed mixed feelings towards the late strongman's legacy with some crediting the once fierce ruler for keeping the military out of national politics.

Mugabe was dethroned in a popular military assisted coup November 2017.

February 21, which is the former President's birthday, was formally recognised as a national holiday on 24 February 2017.

"Today, we remember (former) President Robert Mugabe. We promise that expropriation of land without compensation can never be reversed.

"Like him, we are sons and daughters of the soil. We are the soil and the soil is us the economic freedom fighters," said Ndibali.

He said despite his incarceration during Mugabe's rule, he still respected the late leader for his uncompromising stance towards the land issue.

The United Kingdom based Ndibali was arrested in 2017 while addressing journalists at the Bulawayo Media Centre.

He was however acquitted of charges of violating his visa conditions.

The Patriotic Front (TPF) said despite achieving some "few" positives Mugabe's rein was marred by tribalism, polarisation and violence.

"Our position as a party is that despite the few positives like good education, Mugabe's legacy has been that of a pseudo-Pan Africanism which resultantly created Zimbabwe as we have now," said Mxolisi Ncube, TPF spokesperson.

"Mugabe left a divided nation along racial, tribal and political lines. He left a nation of political enemies instead of ideological opponents, a nation whose political activities and literature are laden with blame, insults, violence and a nation of dependents instead of independents.

"His legacy is that of a nation bereft of national belonging, bereft of self-belief, self-dignity, self-worth and a skewed view on patriotism, a nation of us and them."

Ncube urged Zimbabweans to forget about Mugabe's era and move forward as a nation.

"Mugabe was a late convert to the fact that politics should lead the gun. For many years Mugabe disagreed with the securocrats on avoiding the deployment of the army in internal party politics and other civilian matters.

"The current regime under (President) Mnangagwa has proved that it uses the military as a sjambok in its drawer. That is bad for a people who yearn for freedom," said Chiroodza.

"The Mugabe regime, despite its glaring inadequacies, had a semblance of civilian rule while the current regime is a fully blown military rule.

"As Zapu, we want to state once again that soldiers should confine themselves to the barracks while civilians should be allowed to democratically choose their leaders," said Maphosa.