Kenya: How U.S. Copyright Law and Fake Gmail Accounts Were Used to Censor a Report on Gambling in Kenya 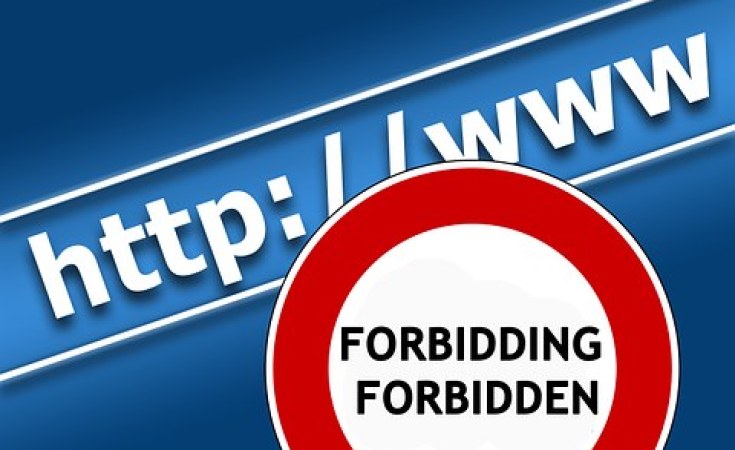 On February 4, Emmanuel Dogbevi turned to Twitter with a plea for help. He tagged press freedom groups and colleagues in a series of tweets, lamenting how allegations that he violated U.S. copyright law had prompted his news website to be taken offline.

Dogbevi told CPJ via phone that Ghana Business News, the Ghana-based website he edits, was pulled down for roughly four hours by its web host, U.S.-based DigitalOcean, following two complaints it received in January. The complaints, which CPJ reviewed, alleged Ghana Business News had republished an investigative report about Kenya’s gambling industry without permission.

In fact, Dogbevi did have permission to republish the piece, which first appeared in the Kenya-based Daily Nation, the authors of the report, Lionel Faull and Paul Wafula, told CPJ via phone.

Ghana Business News’ brief removal is the result of what appears to be a multi-pronged attempt to censor the report, which was republished in several outlets, CPJ has found. A similar complaint last month compelled AllAfrica, a news website that operates out of cities in Africa and the United States, to take down the same story, Reed Kramer, the site’s chief executive officer, told CPJ via email. The strategy resembles other efforts documented by CPJ to use U.S. copyright law to quash critical journalism online, from Nigeria to Nicaragua.

A February 16 screenshot of a page on Ghana Business News‘ website shows a “Not Found” message in place of a story on the Kenyan gambling industry. The story has since been restored.

The complaints were sent using email addresses purporting to be the two journalists who authored the report and cited the Digital Millennium Copyright Act, a U.S. law also known as the DMCA. A fourth complaint, which CPJ reviewed, was sent last month to Finance Uncovered, a London-based investigative journalism organization where Faull works as a chief reporter, citing the U.K.’s Copyright, Designs and Patents Act of 1988.

“I think it’s an affront to press freedom,” Wafula, business editor and investigative reporter with Daily Nation, told CPJ. “The world has moved on to a very dangerous line of very fishy characters behind keyboards.”

CPJ was unable to confirm the true identities of those responsible for the complaints.

Under the DMCA, U.S.-based internet intermediaries like web hosting companies can avoid liability for content published on sites they support by taking down the materials after receiving a complaint, as CPJ has documented. Cara Gagliano, a staff attorney with the Electronic Frontier Foundation digital rights group, told CPJ via email that an intermediary company may find it simplest to disable access to disputed content by taking down the entire website.

Dogbevi told CPJ that DigitalOcean brought his website back online after he started making noise on social media, but insisted he take the Kenyan gambling story down pending resolution of the complaints, which he did on February 4.

Today, Dogbevi restored the article on his site after an email from DigitalOcean, which CPJ reviewed, said he was free to do so since the host had not received responses from the complaining parties and “the counter notice period laid out in the DMCA has lapsed.” According to the law, that period from is 10 to 14 days. (Dogbevi said that period began on February 5 after he responded through a lawyer, following DigitalOcean’s request that he do so, according to another email which CPJ reviewed.)

“What DigitalOcean did tells me that anybody that is unhappy with any story on a news site can issue a complaint and take down any report,” Dogbevi told CPJ. “Anybody that doesn’t like a story about them can easily attack the website by issuing a DMCA takedown notice. They don’t have to be the copyright owner, they just have to fake it.”

Emmanuel Dogbevi is the editor of Ghana Business News, which was briefly taken offline by its web host after it received complaints falsely alleging that the site had republished an article without permission. (Ghana Business News)

He said that he repeatedly informed DigitalOcean that the complaints were fraudulent and forwarded the company corroborating testimony from the real Faull and Wafula, which CPJ reviewed. But he said DigitalOcean insisted the claim was valid.

“[A]s a hosting provider we have limited leeway in how we treat DMCA reports and are required to take action when they’re presented in a specific format as outlined by the DMCA itself – that is what we mean by valid,” DigitalOcean wrote to Dogbevi in a February 2 email, which CPJ reviewed.

In response to CPJ’s questions sent to DigitalOcean, Robert Smith at Highwire Public Relations said in an email that the company cannot comment on specific customer accounts. However, Smith said that “our actions and policies strictly adhere to the guidance” of the DMCA.

The gambling story first went to print in the Daily Nation on May 18, 2020, in cooperation with Finance Uncovered, which republished it later that month. Ghana Business News also republished the story in May, as did AllAfrica, according to Dogbevi and Reed.

It is unclear why the takedown complaints were sent at least nine months after the outlets republished the article.

The two complaints to DigitalOcean impersonating Wafula and Faull included links to sites where they falsely claimed the Kenyan gambling story had originally been published. The email from Wafula’s impersonator linked to dailynationreport.blogspot.com, where a version of the Kenyan gambling report was the only published content. The email from Faull’s impersonator linked to the story on AllAfrica. Kramer told CPJ that AllAfrica removed the article after it received a separate DMCA complaint from the same email address pretending to be Faull.

Faull told CPJ that freethought, Finance Uncovered’s U.K.-based web hosting company, had maintained access to the gambling report after it agreed that the complaint, which alleged the article was originally published by a website called latimeslivenews.blogspot.com, was illegitimate. The site’s header included a copy of the Los Angeles Times logo.

Edward Dore, a director at freethought, told CPJ via email that the host did not take down the gambling report because evidence found online and provided by Finance Uncovered contradicted the complaint. “We don’t want to enable intellectual property theft, but at the same time we also want to protect our customers from spurious allegations,” Dore said.

The complaints regarding the three outlets’ publication of the story were sent from Gmail addresses with the same naming convention: the emails impersonating Faull and Wafula came via legal.lionelfaull@gmail.com and legal.paulwafula@gmail.com; the complaint to Finance Uncovered was sent by legal.markkovach@gmail.com.

Faull told CPJ he worried about the implications of someone pretending to be him, or any other journalist. “An impersonator could phone up someone and try to blackmail them in your name or be unreasonable in requests for comment,” he said. “Your name is a really important aspect of your reputation as a journalist. So this is a form of identity theft.”

Google says that “impersonating another person, company, or entity with the intent to deceive or mislead” is a violation of Gmail’s program policies. CPJ emailed Google questions about the use of its products to impersonate journalists but it did not respond beyond a confirmation of receipt.

Dogbevi told CPJ that he doesn’t really make money from Ghana Business News, but the experience of fighting the complaints was costly in other ways. “The shock, the anger, the pain, the frustration. I couldn’t eat that night, I couldn’t sleep,” he said, remembering the period after his site was taken offline. “It’s annoying when you get punished…with the tacit support of my [web] server.”

Jonathan Rozen is CPJ’s senior Africa researcher. Previously, he worked in South Africa, Mozambique, and Canada with the Institute for Security Studies, assessing Mozambican peace-building processes. Rozen was a U.N. correspondent for IPS News and has written for Al-Jazeera English and the International Peace Institute. He speaks English and French.

Tagged:
Copyright © 2021 Committee to Protect Journalists. All rights reserved. Distributed by AllAfrica Global Media (allAfrica.com). To contact the copyright holder directly for corrections — or for permission to republish or make other authorized use of this material, click here.