Chadian rights activist Baradine Berdeï Targuio has been sentenced to three years in prison by the country's criminal court for "violation of the constitutional order", as well as ordered to pay a fine, after posting a message on social media about the health of President Idriss Déby.

Baradine Berdeï Targuio, head of the Chadian Organisation for Human Rights (OTDH) was arrested at his home on 24 January 2020, following online activities that the authorities described as "subversive".

In a Facebook post, he had said Déby was seriously ill and receiving treatment in hospital in France.

Max Lalngar, a lawyer acting for the Chadian rights activist, told RFI that his client would be appealing the verdict.

"We made it clear to him that we are going to appear again before the judge," said Lalngar, saying his client had responded, "I hope the supreme court judges will be less political than those of the criminal court."

"This is a political issue," said Lalngar, describing previous efforts to use political leverage to get Targuio released from detention by Chad's intelligence agency, and ensure judicial procedure was respected.

Following his arrest last year, Amnesty International criticised Targuio's detention, complaining about seven months of arbitrary detention in which he was unable to communicate with his lawyer or family.

"Amnesty International is concerned that the charges brought against Baradine are bogus and in connection with his work as a human rights defender," the rights watchdog said in a statement.

Déby has previously spent time in France receiving medical treatment, as reported by Jeune Afrique, giving details of surgery the Chadian leader had at the upscale private American Hospital of Paris.

The 68-year-old president has ruled Chad since 1991 and has frequently been accused of repressing critics and violating human rights.

He is seen as a reliable partner for France in its operations fighting jihadists in the Sahel region, with N'Djamena recently announcing the deployment of an additional 1,200 troops.

The French government has been accused of interfering with Chadian politics, and the French military carried out an airstrike in 2019 against a supposed group of "mercenaries and terrorists" following a request from Chad's authorities.

The convoy of 50 vehicles turned out to be part of the Union of Forces of Resistance (UFR) rebel group, which is opposed to Déby, and Chadian opposition politicians accused Paris of supporting Déby against those opposed to him.

Protests against Déby erupted in early February over his bid for a sixth term in office ahead of elections slated for April. Security forces responded by tear gas and arrested several people.

Chad's ruling party has backed Déby for another term. He changed the country's constitution in 2018 to enable him to stay in power until 2033. 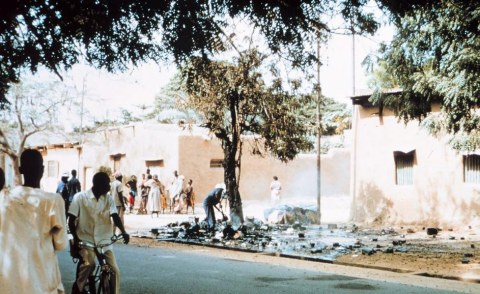 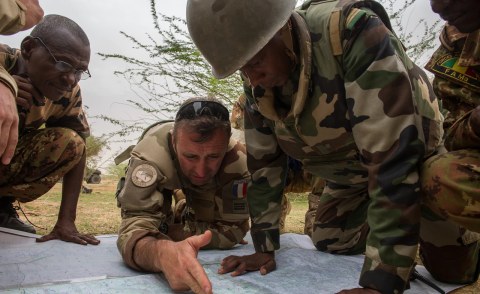 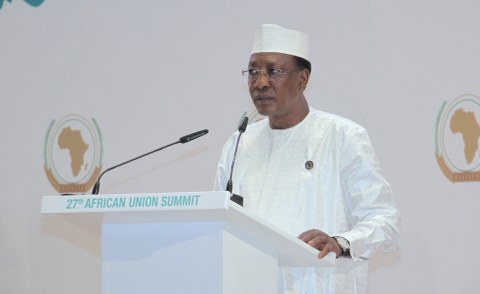 Chad's President Seeks a Sixth Term in a Region for Old Men
Tagged:
Copyright © 2021 Radio France Internationale. All rights reserved. Distributed by AllAfrica Global Media (allAfrica.com). To contact the copyright holder directly for corrections — or for permission to republish or make other authorized use of this material, click here.