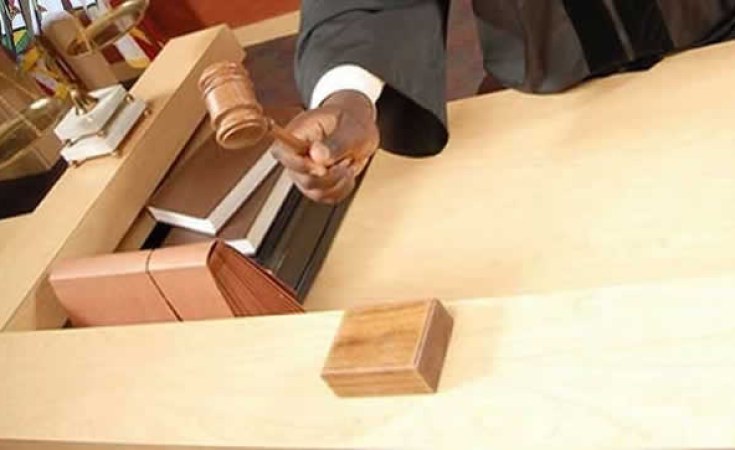 Rwandan President Paul Kagame said he has no sympathy for Paul Rusesabagina and refuted claims that the Hotel Rwanda hero was kidnapped and illegally transferred to the country.

President Kagame said his government worked with "someone who Mr Rusesabagina trusted" who convinced him that he was travelling to Burundi.

He said this in an interview with CNN's Richard Quest in Kigali, which aired on Wednesday, the same day that Mr Rusesabagina's trial on terrorism charges kicked off.

"If he expected to go to Burundi to connect with people whom he has been working with or leading to the destabilisation of our country. What sympathies do I owe him or anybody?" President Kagame said.

"It was very proper and legal (how he was arrested). In fact, he more or less brought himself. Whether he was acting on wrong signals, he went by those signals and continued the journey of doing the wrong things he has been doing in the past."

Mr Rusesabagina's arrest and trial have generated international interest, attracting statements from the European parliament and some members of the US Congress.

His strongest support came in December last year in the form of a letter to President Kagame signed by 37 American Senators demanding Mr Rusesabagina's release.

The senators referred to his arrest as an "extrajudicial transfer" that suggested a "lack of confidence in the evidence" against him.

"We express our grave concern with the manner in which your government extrajudicially transferred Mr Rusesabagina from the UAE to Rwanda and then immediately placed him in solitary confinement and charged him with multiple crimes, including terrorism," wrote the senators.

"As your government is aware, the US deportation law provides a clear, legal procedure to deport persons for various crimes, including engaging in acts of terrorism. The US deportation process complies with due process while enabling the US to deport those who should face criminal prosecution in another country."

On December 22 last year, Rwanda's Minister of Justice and Attorney-General, Johnston Busingye accused the US senators of asking President Kagame to "improperly" intervene in the case.

"There was nothing extrajudicial about Mr Rusesabagina's apprehension. He was lured to a jurisdiction where he could be lawfully arrested, pursuant to a long-standing warrant. This is a legal and commonly accepted practise by law worldwide, including in the US," AG Busingye said.

"Your letter makes no reference to the serious crimes with which Mr Rusesabagina and his co-accused are charged."

AG Busingye made reference to the three separate attacks in 2018, in which the FLN -- an armed wing of Mr Rusesabagina's MRCD political party -- killed nine people in southern Rwanda, looted property and burned houses.

"Mr Rusesabagina publicly endorsed these actions in a video posted online in December 2018," he said.

"It is alleged by prosecution that he played a material role in mobilising, directing, and funding these attacks, and that their purpose was to create an atmosphere of terror from which his organisation would benefit politically."

A week before his trial, the European Union parliament adopted a resolution that pressured Rwanda into releasing him. Like the US, the EU mentioned that he was illegally arrested, and invoked Human Rights Watch reports that have consistently accused the ruling party, RPF, of targeting its critics both in Rwanda and abroad.

This was met with a counter resolution by the Rwandan parliament which accused Europe of judicial interference and imperialism.

When Mr Rusesabagina's trial started recently in Kigali, diplomats from the Belgian embassy as well as the American embassy were in attendance as observers.

Mr Rusesabagina maintains that he was on his way to Burundi at the invitation of a local pastor to speak to a church congregation, but instead ended up in Rwanda.

While prosecutors insist that he was "arrested on Rwandan soil" Mr Rusesabagina and his lawyers argue that he was kidnapped and brought to Rwanda against his will.

The trial is expected to get more dramatic when some of Mr Rusesabagina's co-accused -- who have pleaded guilty and implicated him -- appear in court.