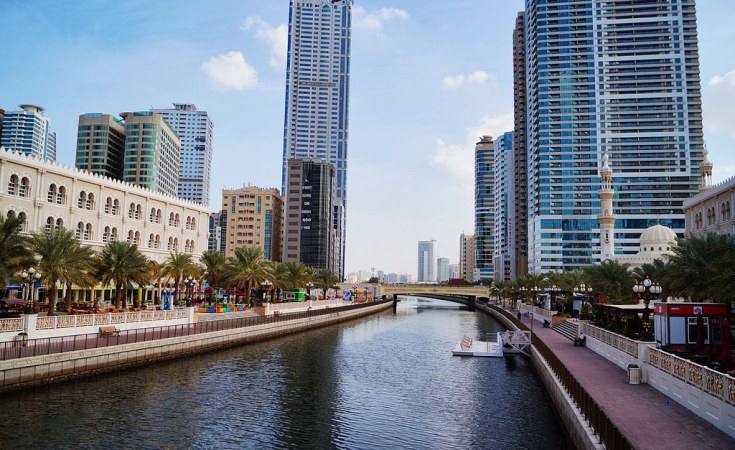 Somalia has rekindled an old feud with the United Arab Emirates, accusing the Gulf nation of fueling opposition 'insurrection' against the government of the day.

On Saturday, Osman Dubbe, the Minister for Information said Abu Dhabi had sided with what he called an 'armed' opposition and was supporting violence against the government.

The anger against the UAE arose after Abu Dhabi's foreign ministry issued a statement calling on the "interim government" to stop using excessive force against protesters, saying it could worsen the security situation in the country.

Government forces on Friday crushed an opposition march in Mogadishu as leaders protested against delayed elections and accusing President Mohamed Farmaajo of illegally staying in office.

Though Farmaajo's term ended on February 8, he is expected to stay in office at least until elections are held, something his administration says means he remains a valid President.

Dubbe's assertions followed a blunt statement by the Ministry of Foreign Affairs, which accused "some quarters that are well known for unceremonious acts in the region of falsely posing as masters of another nation's future, in contradictions of the norms and principles of international law".

"The Ministry of Foreign Affairs and International Cooperation [of the UAE] calls upon the interim government and all parties to demonstrate the highest levels of restraint in order to achieve Somalia's aspirations to build a secure and stable future for all," UAE said on Friday, pledging support for the conduct of transparent and fair elections" on the specified date.

It urged Somali parties to join hands to confront the threat of terrorism and extremism.

For the UAE though, the allegations aren't new.

Under Farmaajo, the two sides have had lukewarm relations especially as Mogadishu sees the UAE as friendlier to the breakaway region of Somaliland and the Federal Member States (FMS) of Jubbaland and Puntland, which have both raised tougher conditions for negotiations on elections.

In April 2018, security agents said they seized a planeload of $10 million, which they suspected was meant for bribing MPs who were baying for the blood of then speaker Mohamed Osman Jawari.

Legislators and the Federal Government had accused Jawari of slowing down law making, ostensibly on the instructions from the UAE. Jawari resigned three weeks later.

A month earlier, the same MPs scrapped a Berbera port deal between Emirati firm DP World and Somaliland. The deal had seen Ethiopia take a 19 per cent stake in Berbera Port to be managed by DP World.

Somali legislators declared it "null and void", and Ethiopia, under rime Minister Abiy Ahmed, signed another memorandum with Farmaajo to develop four ports including Kismayu, Mogadishu and Berbera.

Qatar, UAE's rival in Somalia, had also called for an end to excessive force but its closeness to Farmaajo's administrations means it is viewed more as a friend than a critic.

The Federal Government has bickered with opposition politicians and some Federal States on venues, dates and composition of election officiating teams as proposed under an agreement signed on September 17, 2020.

On Sunday, it said the opposition had pursued the path of "illegality and armed insurrection disguised as a peaceful demonstration."

The opposition, under the umbrella of Council of Presidential Candidates, says it was peaceful but was shot at by the security forces in an assassination attempt.

Jubbaland state said it will take part in negotiations if President Farmaajo does not attend and if the Federal Government apologises for an armed attack on marching civilians. It also said a new venue, away from Baidoa, should be agreed on with all stakeholders participating.

"Jubbaland sees as unfortunate that Somali forces that have been formed to counter the enemy of the Somali people like Al-Shabaab have been used to harm Somali people," it said on Sunday.

Earlier in the week, President Farmaajo invited all the five FMS presidents and the mayor of Mogadishu to attend a consultative meeting in Mogadishu on February 18-19. The gathering was intended to discuss and reach consensus on the electoral processes.

Nevertheless, a massive confrontation took place between the supporters of Council of Presidential Candidates (CPC) and the security forces of the Federal Government of Somalia (FGS) that led to wide scale insecurity in the capital.

Somalia's Ministry of Foreign Affairs and International Cooperation condemned the opposition presidential candidates' alleged initiation of violent protests and expressed displeasure that the two FMS leaders did not attend the scheduled meeting.

"Regrettably, on the eve of the meeting to endorse the technical agreement, prospective presidential candidates chose to circumnavigate the process in order to pursue a path of illegally and armed insurrection disguised as a peaceful demonstration guaranteed under our Constitution," said the statement.

The ministerial statement regretted the choice by Puntland and Jubbaland to stay away as Hirshabelle, South West and Galmudug sent representatives to Baidoa.

"All other Federal Member State leaders, except two, have responded to the invitation of the President and are prepared to endorse the technical agreement," indicated the ministry.

The technical agreement was recently reached in Baidoa town, 240 southwest of Mogadishu, by a technical committee formed by the FGS, FMS and the municipality of Mogadishu.

"Once again, the FGS urges the remaining two FMS to join the rest of the signatories of the September 17 political agreement in order to pave the way for elections in the interest of peace and prosperity," the statement added, in clear reference to the electoral model reached by President Farmaajo, FMS leaders and the mayor of Mogadishu.

Puntland, that is viewed as allied with Jubbaland and the nearly two dozen Mogadishu-based opposition presidential hopefuls, grouped under the CPC led by former President Sharif Sheikh Ahmed.

The clear absentees are Ahmed Islam Madobe of Jubbaland and Said Abdullahi Deni of Puntland.

The United Nations opted to intervene in the political mess in Somalia.