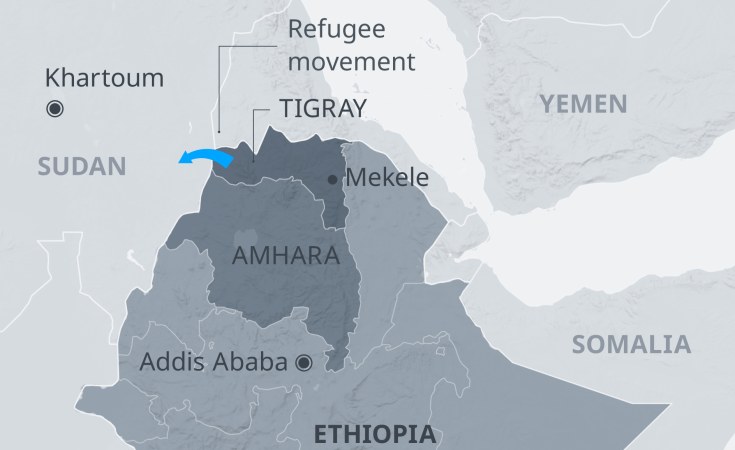 Tensions between Ethiopia and Sudan over the disputed al-Fashqa area is due to pressure on the leaders of the two countries from their citizens, warn analysts.

On one hand, the leader of the Sudanese Sovereign Council, Abdel Fattah Abdelrahman Al-Burhan is under pressure to reclaim the Sudanese territory, which has been occupied by Ethiopian farmers for decades during the rule of Omar al-Bashir.

On the other, Ethiopian Prime Minister Abiy Ahmed is under pressure to meet the demands from the Amhara community who helped him defeat the Tigray People's Liberation Front (TPLF) in the northern region. The Amhara community has been farming in the area since 1995.

The tension between Ethiopia and Sudan could further destabilise the region given that the diplomatic impasse between Kenya and Somalia is yet to be solved three months before the verdict of the maritime dispute case at the International Court of Justice in June.

Since December, Sudan and Ethiopia have been trading accusations of incursions into each other's territory. This has now escalated into military build-up along the border of the two countries.

South Sudan has now offered to mediate between the two countries, with the senior presidential aide, Tut Gatluak, announcing that Gen Al Burhan -- who is the de facto head of state -- and PM Abiy will meet South Sudanese President Salva Kiir.

As tension escalated, Sudan on February 17 recalled its ambassador to Ethiopia, Gamal al-Sheikh, after Khartoum accused Ethiopian troops of crossing into Sudan. Analysts say that Addis Ababa is concerned that Sudan would allow the remnants of TPLF to cross into its territory.

The border dispute started on December 29, 2020, when Sudan sent the army to take control of the al-Fashqa border with Ethiopia in eastern Al-Qadarif State. The area has been occupied by Ethiopian farmers since 1995.

Ethiopia claimed that the Sudanese Army demolished its administrative institutions, took over military camps, killed and displaced residents, and destroyed their crops and property

Jonas Horner, the International Crisis Group deputy project director in the Horn of Africa and senior analyst, said that Gen Al-Burhan has seen the opportunity to endear himself to the Sudanese population and improve his credibility.

Mr Horner said that while Sudan has legal rights to claim the region, it is not a good idea to eject Ethiopian farmers violently given that they have been there for decades and have built infrastructure. "Bilateral negotiations are the way out".

Ethiopia's Foreign Ministry has accused Sudan of taking advantage of the deadly conflict in the country's northern Tigray region to enter Ethiopian territory and loot property, kill civilians and displace thousands of people.

However, the Sudan Foreign Ministry, in a statement issued on February 14, accused Ethiopia of aggression, which would have dangerous repercussions on security and stability in the region.

"Sudan condemns and denounces Ethiopia's aggression by deploying its forces in Sudanese territory, in direct violation of its sovereignty and territorial integrity," said the statement.

The boundary between Ethiopia and Sudan was delimited by the 1902 Treaty signed between Emperor Menelik II of Ethiopia and Great Britain, under the Anglo-Egyptian Conglomerate.

Ethiopia and Sudan reached a compromise in 2008 where Ethiopia acknowledged the legal boundary that al-Fashqa belongs to Sudan while Khartoum allowed Ethiopian farmers to continue living there and till the land.