Africa: Opinion - Lloyd's of London and Slavery: Archiving the Past to Repair the Present? 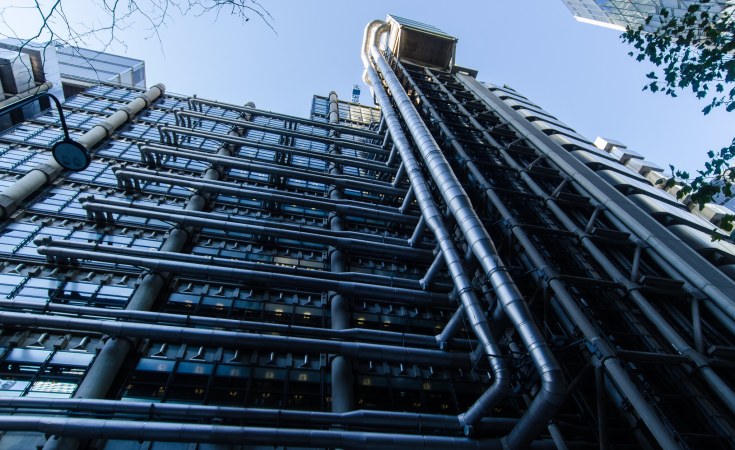 As Lloyd's embarks on a process of historical repair, the British insurer must include communities directly affected by the legacies of slavery

Black Lives Matter protests in Britain over the summer of 2020 focused on the symbols of slavery in order to highlight the relationship between historic and contemporary systems of racial inequality.

Companies with historic ties to slavery made statements of solidarity, including Lloyd's of London whose leading role in marine insurance meant that they were responsible for providing insurance for slave ships as well as vessels shipping slave-produced commodities.

Lloyd's this week said it was seeking an archivist who would examine its collection of artefacts for historical links to the slavery. But what next for its collection of more than 3,000 items, including paintings, swords and furniture if the artefacts are linked to slavery?

Some archival material relating to Lloyd's involvement in trans-Atlantic slavery is available at the London Metropolitan Archives. The National Archives entry makes a vague reference to 'records' which date between 1771-1967 that are held by Lloyd's itself. It is this material which is currently unavailable to the public.

Documents include early copies of the Lloyd's List which provided news for merchants and insurers including information on the fate of slave trading vessels, their crew and the enslaved people on board.

The Mariners' Museum in Virginia transcribed extracts which give some clue as to what stories will be illuminated by exploring the records. Piracy, shipwrecks and enslaved insurrections were all recorded as were details of where enslaved people were taken from and to.

An entry on 5 January 1762 reads 'The Pallas, belonging to the same port [Leverpool], with about 600 Slaves, was blown up on the Coast, and every Soul on board perish'd.'

The meticulous accounting of death and violence is terrible to read, particularly when we consider that the purpose of relaying this news was not to mourn the loss of people but profit.

Lloyd's also owns a collection of 3,000 artefacts including paintings, furniture and silverware. Some of these objects will have links to transatlantic slavery either through their provenance or subject matter.

Items include a portrait of the 'father of Lloyd's', John Julius Angerstein, who had links to slavery through both his marriage and his business dealings. His portrait hangs in Lloyd's headquarters in London's Lime Street.

Exploring the cultural legacies of slavery is an important part of understanding how the profits of slavery were remade through investment in the arts. Angerstein was a serious collector whose paintings were purchased by the National Gallery and formed part of their foundational collection.

John Neal, Chief Executive of Lloyd's, has indicated that once the process of cataloguing has been completed it will be made public.

The fate of these objects has not yet been decided, although the job advert for the archivist indicates that they will work to develop narratives around these items, manage displays in Lloyd's buildings and advise on making the collection more accessible.

Discussions about the impact of slavery in Britain must be grounded in evidence-based historical research. Hiring an archivist and creating an accessible catalogue is a step towards more transparent dialogue.

Questions remain as to what access will be allowed for those who want to examine the actual contents of the archive and not just its catalogue. Will the records be donated to a public repository?

Digitisation offers an important route to accessibility, particularly for researchers in the Caribbean and Africa who might not be able to visit the physical collection.

The Harewood family, who were involved in slave-ownership in Barbados, donated digitised copies of their archive to the University of the West Indies. Would Lloyd's consider this kind of action?

The processes of archiving, digitising and curating collections are not neutral.

How objects are described through labels, exhibition texts or within searchable online catalogues involves making decisions about language, meaning and storytelling. Who should have the power to represent these histories? Will there be any consultation with descendant communities about what they would like see happen to the collection?

Co-production initiatives within the museum sector could offer a model, for example, the 'RePresent' project at Cambridge Museums or 'The Past Is Now' exhibition at Birmingham City Art Gallery and Museums.

Setting up educational initiatives, as was done by the American bank J. P. Morgan Chase, including funding black scholars (currently under-represented within the history profession) to undertake research into their collections is another avenue for addressing past racial injustices in the present.

Lloyd's has embarked on a process of historical repair but how they manage that process to include communities directly affected by the legacies of slavery is vital part of opening up a dialogue about slavery and racial inequality.