Nigeria: History of Divisive Ethnic Identities Shows It's Time Nigeria Admits Its Role in Enforcing Them 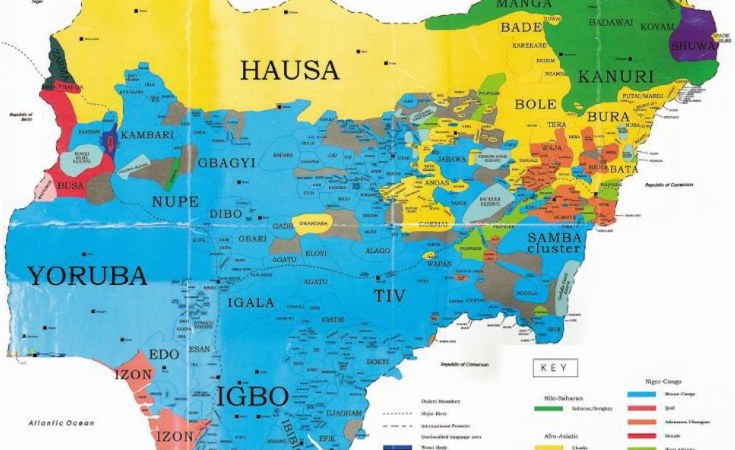 The Nigerian state, as with other African countries, is trapped in a crisis of belonging. This is expressed through identity battles which sometimes harm people of "other" religions and ethnicities. Such battles have even led to a call for the state to be dissolved.

In our paper we trace the history of how this came about. We use frameworks provided by three philosophers and historians. To trace the first phase - what we refer to as the invented phase, from 1885 to 1914 - we use a framework by historians Eric Hobsbawm and Terence Ranger. The second phase we describe as the imagined phase. For this, we draw on a framework provided by political historian Benedict Anderson. Finally, we look at the formation of 'native-settler' identities as set out by political philosophers such as Mahmood Mamdani. They describe the colonial construction of a dominant majority and minority based on race, ethnicity and religion.

We assert in our paper that the first phase of adversarial identity formation in Nigeria was 'invented' by foreigners. The second phase was born out of the 'imaginations' of colonially anointed African leaders. And the last phase has been primarily by Africans' own making and design.

We conclude that Africans need to take responsibility for their own actions. They need to consciously expose the effects that the colonial project had - and continues to have. And they need to look for ways to undo these. This includes accepting responsibility in instances where the mentality of coloniality has been internalised.

The first phase, the 'invented', came out of splitting and joining societies along ethnic and cultural lines. For example, under British colonial rule, people were placed into different groups - which cut short their history and upset their social arrangements. While British colonialism sought to form one Nigeria, it created destructive divisions. This happened in two ways.

The colonial administration created physical borders to demarcate people and enable economic exploitation. Unsurprisingly, many conflicts have arisen over identity tied to power distribution and the control of resources. Groups that once flourished together with minor tensions and skirmishes have become intractable enemies due to these meaningless borderlines.

Psychological borders were also created to build hatred and bigotry. This can be seen in the way black skin and Africa are perceived or talked about. For instance, colourism favours black people of lighter hue while stigmatising and marginalising black people of darker hues.

Centuries of normalised anti-blackness have unsurprisingly resulted in skin bleaching and hair straightening practices. These are still common on the continent.

This form of colonialism remains in the oversimplification and generalisation of African practices and cultures to associate them only with negative connotations and undesirable traits.

Acts of creating difference were continued during the second phase (between 1914 and 1960). In this period British colonialism promulgated several policies to control African people. Leading scholars of Nigeria's colonial and postcolonial societies such as Adiele Afigbo, Claude Ake and Peter Ekeh have set out how this was done.

For example, the North of Nigeria was ruled distinctly through an indirect system that governed through Fulani and Hausa aristocrats or "subcolonials" as described by Moses Ochonu.

These sorts of policies, as Peace Scholar Surulola Eke wrote:

facilitated the colonial objective of nurturing and exacerbating an "us" vs. "them," Muslim vs. Christian, northerner vs. southerner, and Hausa-Fulani vs. Yoruba vs. Igbo syndrome in Nigeria.

The third phase can be subdivided into two periods. The first was from 1954 when preparations for independence started, through independence to just around the Nigeria-Biafra civil war (1967-1970). The second was the period starting from perhaps 1979 to the present.

The first phase saw the beginning of the quest for political dominance and superiority by the three major ethnic groups in Nigeria - Yoruba, "Hausa-Fulani", and Igbo. All three groups, representing their respective regions of East, West, and North, rigorously competed for the dominance of the political space. The result was that the postcolonial state continued - and continues - to design its statecraft based on the colonial legacy.

The third phase has its roots in the political decision of elites to create a federal system of laws and social categories that hinged on where a person was born. It created a context in which post-independence Nigerian leaders exploited ethnic and religious sentiments to get political and social patronages.

We conclude that the most enduring hindrance to national unity in Nigeria is not that colonialists created ethnicities and traditions. It is that Nigerians make them now.

Colonialism cannot continue to be responsible for the divisions and clashes that tear at the Nigerian state. Given the peculiar ethno-politics of the groups, even dissolving the federation would leave them with internal strife. The modern Nigerian state needs to look hard at what it has created. It must come up with practical Nigeria-specific solutions to continued tensions arising from paranoia and distrust of groups "othered" in strictly ethno-religious terms.

The postcolonial thinker Sabelo Ndlovu-Gatsheni argues this process would entail a journey of "self-critique, self-negation, and self-rediscovery".

This needs to take into account the role of every sphere of Nigerian society in creation of mutually exclusive identities that deny the legitimacy and existence of the "other".

A process like this could redeem Africa from inferior standards and complexes that justify behaviour like corruption and violence. But, crucially, African countries like Nigeria must start this process by identifying and acknowledging their own complicity in coloniality. This would require a shift in the concentration of blame and faultfinding on external forces.