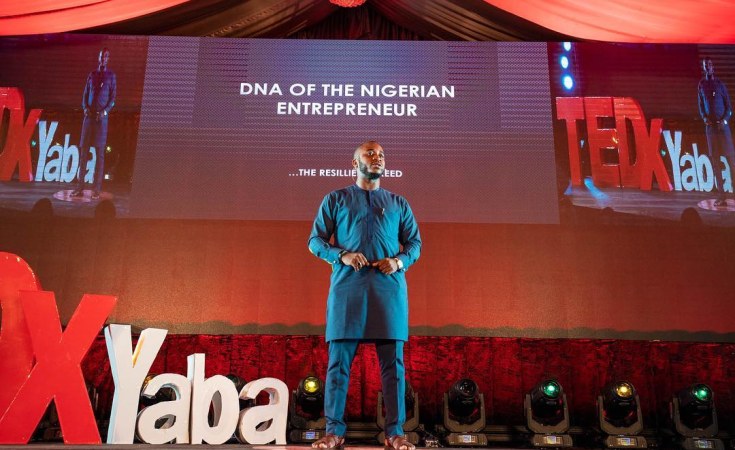 Court documents show how the money will be recovered from Mr Okeke and distributed to three victims.

Details of how the U.S. authorities will recover about $10.7 million ordered to be restituted by the convict, Obinwanne Okeke, have emerged.

Mr Okeke, 33, also known as Invictus Obi, was on February 16 sentenced to 10 years in jail by an Eastern District Court of Virginia following his guilty plea to multi-year wire fraud in June last year.

PREMIUM TIMES reported how the judge, Rebecca Smith, ordered Mr Okeke to restitute $10.7million as proceeds of his fraud to the U.S. government in addition to the jail term.

Mr Okeke, who had already spent 19 months in detention as of the time of his sentencing, was also ordered to undergo three years of "supervised release" after serving his complete jail term.

On completing his jail term, Mr Okeke will be presented before a duly-authorised immigration official of the Department of Homeland Security Bureau of Immigration and Customs Enforcement "for deportation review," said the judge.

The official will determine whether to immediately deport him or make him undergo the three years "supervised release" in the U.S.

Our reporter sifted the details of how the restitution is to be enforced by U.S. authorities in court documents relating to the February 16 sentencing.

The documents include the courtroom minutes, as well as forfeiture and the restitution orders of the court.

The 'Restitution Order' and 'Consent Order of Forfeiture' were jointly signed by the judge, the Acting U.S. Attorney in the Eastern District of Virginia, Raj Parekh, Mr Okeke, and his defence lawyer, John Iweanoge.

From the court documents, the U.S. authorities will recover a large chunk of the restitution funds through the monetary judgment issued by the court against Mr Okeke.

The judgment issued in the restitution order captures $10.7 million to be recovered.

The U.S. authorities are empowered to enforce the monetary judgment by taking over assets, credit, or monetary claims Mr Okeke may have in the country.

Ms Smith, the U.S. judge, ordered that "restitution is due in full and payable immediately from assets known and unknown and including assets identified in the Presentence Report."

"The Government may enforce restitution at any time," she added.

Part of the funds will also be recovered from identified assets ordered to be forfeited by Mr Okeke, a Forbes celebrated young Nigerian entrepreneur.

The other forfeited assets are "two cars back home in Nigeria", and N280,555,010 translating into about $700,000 which the Nigerian government had seized from him.

In addition, the court also "encouraged" Mr Okeke "to participate in the Bureau of Prisons' Inmate Financial Responsibility Programme" to enable him to comply with the provisions of the financial plan" and to meet his "financial obligation" in accordance with the law.

If with the forfeitures, judgment enforcement, and other steps taken by Mr Okeke during his prison term, the amount restituted is still not complete, he will be made to make periodic payments during his three years of supervised release.

The court ordered that beginning from 60 days of his release from prison and transiting into the supervised release phase, the convict will pay either $1,000 or 25 per cent of his net earnings, whichever is greater.

The restitution order read in part: "If restitution is not paid in full immediately, the defendant shall pay to the Clerk at least $1,000 per month or 25 per cent of net income, whichever is greater, beginning 60 days after release from any period of confinement, or 60 days after sentencing if no confinement is imposed.

"All payments shall be made to the Clerk of Court, United States District Court, 2400 West Avenue, Newport News, Virginia 23607."

Three victims of Mr Okeke's fraud to whom the restituted funds will be paid were identified in the documents seen by PREMIUM TIMES.

They are: Unatrac Holdings LLC in Washington DC, which was duped $5,429,166.54; Orient Insurance PJSC, duped $ 5million, and QBE European Operations which lost $250,000 to the fraudsters.

The court ordered that the Clerk of Court "shall distribute the funds to Unatrac first and to the remaining victims on a pro-rata basis."

U.S. authorities said Mr Okeke and his conspirators who remained at large, through "subterfuge and impersonation" engaged in a multi-year global business email and computer hacking scheme" that caused $11 million in losses to his victims.

With his guilty plea, he was able to have one of the two counts initially filed against him dropped.

He also conceded to restitution and forfeiture of his seized assets.

The plea agreement with the U.S. authorities helped him to limit his sentence to 10 years imprisonment instead of the maximum penalty of 20 years that could have been imposed on him if found guilty after a full-blown trial.