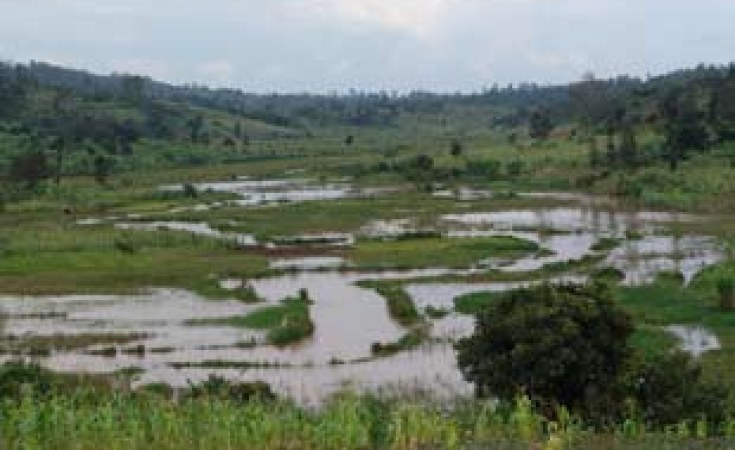 The government has released the first national risk and vulnerability atlas showing parts of the country that are prone to natural disasters.

The national risk and vulnerability atlas identifies seven types of disasters that strike diverse parts of the country in different seasons.

These are floods, drought, lightning, earthquakes, landslides, hailstorms and windstorms.

The report, a culmination of five years' work, was launched in Kampala yesterday by Prime Minister Ruhakana Rugunda.

According to the atlas, all districts in Karamoja Sub-region and Isingiro District are prone to drought followed by districts in northern Uganda, parts of Teso Sub-region, Mbarara and Mitooma districts.

Lightning, according to the atlas, is prevalent in the districts of Moyo, Adjumani, Amuru, Nwoya, Gulu, Pader, Omoro, Oyam, Kole, Lira, Otuke, Alebtong, Amuria and Dokolo.

Places that are prone to floods are Elgon, Bukedi, Rwenzori, Teso, Karamoja, Buliisa, Nakasongola, Acholi and West Nile while landslides are prominent in Elgon, Sebei, Rwenzori and South-western Uganda.

According to the disaster atlas, earthquakes are rampant in the western arm of the Rift Valley and Kagera area (around Lake Victoria basin).

Hailstorms are common in Elgon, Bukedi, Central 1 and western Uganda, while windstorms are a constant disaster in Elgon, Bukedi, Teso, Ankole, Bunyoro, Rwenzori, South-western and western. Parts of West Nile and Lake Victoria basin are also prone to windstorms. Data from the atlas indicate that the disasters affect agriculture leading to food insecurity.

Ms Catherine Ahimbisibwe, the principal Disaster Management Officer in Office of the Prime Minister, said Karamoja has the highest food insecurity because of chronic drought.

She named other areas that are also affected by drought as the cattle corridors, West Nile, Isingiro, Kanungu and several other parts of the country.

Uganda has witnessed increased cases of natural disasters in the past years, with landsides and lightning being the most dominant. Last year, the country also suffered floods following rising levels of water on Ugandan lakes and rivers. Uganda also suffered invasion of locusts and the Covid-19 pandemic.

While all this happened, the country did not have a relief budget and depended only on the goodwill of donors and other humanitarian groups.

While launching the report yesterday, the minister of Relief, Disaster Preparedness and Refugees, Mr Hilary Onek, said the new atlas will help the ministry in planning.

Mr Onek said globally, Uganda ranks 14th in risk and disaster cases and 48th least-prepared in dealing with the calamities.

"We should have a distinct budget for disasters because right now we are operating under contingency funds which are undefined. Many times when disaster strikes, we have to beg for these contingency funds from the Ministry of Finance which often do not come," he said.

Mr Onek said last year, flooding was estimated to cost $62m (about Shs226b), affecting up to 50,000 people across the country.

Dr Rugunda said almost every part of the country is prone to one kind of disaster or another. He asked government ministries, departments and agencies to use the atlas for advance planning.

"The knowledge from this atlas must help the key policy planners in making appropriate policies to plan and respond to these disasters," he said.

The Prime Minister said all government workers should be given copies of the atlas for effective planning.

Ms Elsie Akafa, the United Nations Development Programme (UNDP) country representative, said following the initial financial support for work on the atlas, the UN body will offer more support to government to respond to disasters wherever they occur.

The UNDP donated equipment, including surveillance drones, computers and software to the ministry to plan and respond to disasters.

Floods. At least eight people were feared dead in May 2020 after floods and mudslides hit parts of Kasese. A tentative impact assessment by the district disaster committee was presented to the State Minister for Disaster Preparedness, Mr Musa Ecweru, indicates that a total of 123,800 people were directly affected.

Landslides. In June, 2019, a landslide occurred in BuwalI Sub-county leaving five people dead and more than 400 displaced.In October 2018, 42 people were killed and more than 500 people got displaced by landslides in Suume Village, Bukalasi Sub-county.

Drought. More than 700 animals in Karamoja Sub-region have died between December 2018 and April 2019.