Africa: Could Africa's Taste for Bushmeat Trigger the Next Pandemic? 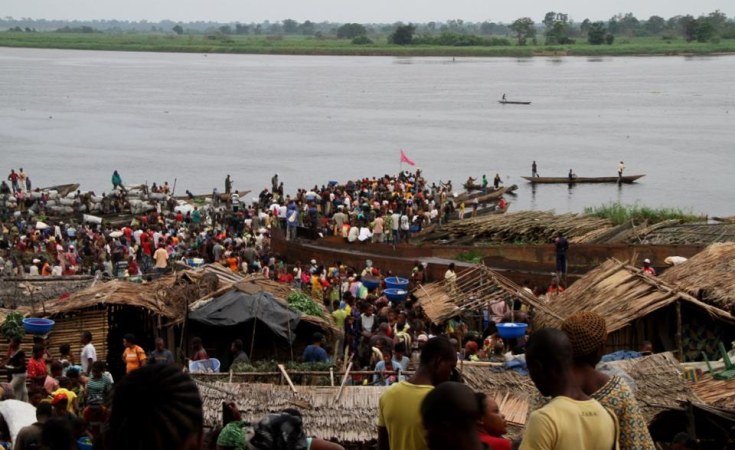 Bushmeat is considered a virus vector and a cause of countless diseases. But the problem goes far beyond the consumption of bat stew. And the next pandemic is already lurking.

Smoked monkeys, turtle heads, whole bats -- at the bushmeat market in Mbandaka in the north of the Democratic Republic of Congo, you can find quite a few exotic types of meat. Bushmeat is one of the most important sources of protein for many Congolese. But it has a dangerous aftertaste.

Whether bird flu, HIV/AIDS, Ebola, or COVID-19, many diseases are zoonotic, meaning they can be transmitted from animals to humans.

Zoonotic diseases account for about 75% of emerging diseases currently affecting humans. They also include yellow fever, various forms of influenza, rabies, and Lyme disease. Many of these diseases can be traced back to the consumption of bushmeat.

In West and Central Africa, hunting and trading in various species of wild animals is either legal or semi-legal. Bushmeat is also popular in southern Africa.

"For some people, it's about going back to more traditional ways of eating. It's like they're going back to their culture of consuming more natural or traditional foods," Luwi Nguluka, awareness program manager of the Wildlife Crime Prevention (WCP), a nongovernmental organization in Zambia, told DW. WCP fights the illegal wildlife trade in Zambia and its neighboring countries. Bushmeat is becoming more sought after -- and thus a commodity legally only available to the more affluent class.

But there is a dangerous fallacy in the consumption of bushmeat, the activist said. "People perceive illegal bushmeat to be organic or healthy. It is not like farmed beef or farm chicken, so it must be healthy. That, of course, is not true if you're dealing with illegal meat that has not gone through health and safety regulations."

Millions of tons of bushmeat

The UN estimates that up to 5 million tons of bushmeat are hunted in the Congo Basin each year. In the Democratic Republic of Congo alone, people annually consume up to 1 million kilograms of bushmeat. Some game meat is now also exported worldwide -- creating an ideal condition for the spread of pathogens.

In December 2020, the Tanzanian government legalized the sale of bushmeat while subjecting it to strict rules. President John Magufuli wants to stop illegal poaching. Among other things, slaughtering is to take place only under strict control and handlers must prove the meat's origin. Statistics show that Tanzania manually confiscates about 2,000 tons of bushmeat, worth $50 million (€41 million).

In Congo, the bushmeat trade is not clearly regulated. One research report states that bushmeat consumption is currently legal, while another says that the government prohibits bushmeat hunting, at least in Virunga National Park.

In Zambia, the consumption of bushmeat raised for that purpose is permitted. But there is a threat in illegally sourced meat.

The current coronavirus pandemic is just one example. The virus jumped to humans from "reservoirs" -- the term virologists use for the viruses' natural hosts. All it can take is consuming improperly prepared game meat, a bite from an animal carrying the virus, or contact with animal bodily fluids.

"When COVID-19 came along, it was not a surprise," Nguluka said. "It's not the first disease we've traced to wildlife. And I doubt it will be the last."

According to the Global Infectious Disease and Epidemiology Network (GIDEON), there were nearly 1,000 exceptionally severe outbreaks of zoonotic diseases between 1980 and 1985. In the period 2005 to 2010, there were almost three times as many.

The reasons for the increase are many, explained Ulrike Beckmann, who serves as a scientific advisor for the Jane Goodall Institute. "We are missing the point if we only talk about bushmeat," she added.

"The issue is that we are destroying the last functioning ecosystems by invading them. Through poaching, hunting, clearing, road and settlement construction, or mineral resource extraction, we are in danger of coming into contact with creatures and pathogens that would not occur under natural conditions."

The UN warns that the Congolese rainforest could entirely disappear by the end of the century.

The animals and the viruses they carry could collide with humans in new and catastrophic ways. Beckmann explains that pathogens released in this way spread rapidly through globalization and the transport of people, animals, and goods. "It's not the bushmeat, but the general linkage of factors around the world that expose us to this danger," Beckmann said.

The next pandemic is lurking

The spread of infections of zoological origin is a problem with many roots. Nguluka and her organization are tackling it locally. WCP launched a campaign in 2018 called "It is not a game" to alert Zambians to the dangers of illegal bushmeat.

"Very few people are aware of what they are eating, where it comes from, and the negative impacts of illegal bushmeat," Nguluka said.

It's not a matter of giving up bushmeat, Nguluka stressed: "We have legal Zambian bushmeat that comes from farms. It's the same kind of animal and meat. It just comes from a legal source. And the beauty of Zambian game farms is that they not only preserve the species, but they create jobs for Zambians and allow us to preserve our heritage."

Beckmann went further. "The next pandemic is waiting. And we won't be able to afford it."

She calls for global policy action to stop wildlife trafficking, climate change, environmental degradation, and factory farming. The danger does not lie solely in the consumption of illegal bushmeat in Africa, Beckmann stresses. "The next pathogen can come from the next tick that crosses the Alps. We don't need to wait for bushmeat from Africa; theoretically, it's all here already." And thus, he says, it is only a matter of time before the next pandemic breaks out.