Nigeria: No Amnesty for Bandits As Buhari Orders Sustained Onslaught 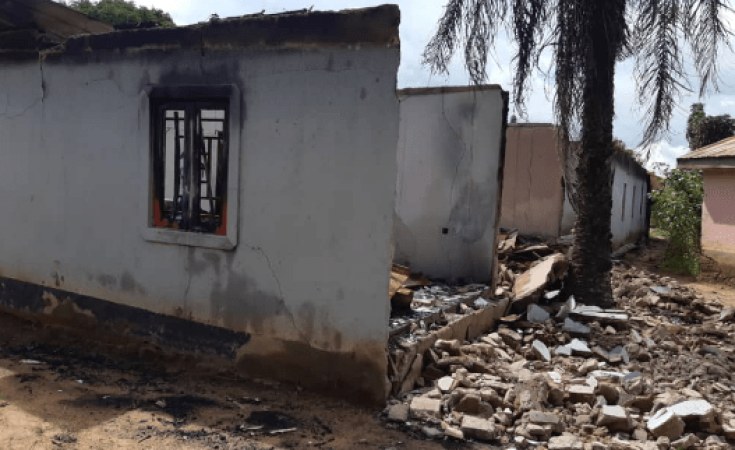 Negotiation with bandits to pave way for amnesty for them seems to be far from reality as President Muhammadu Buhari yesterday ordered the service chiefs to sustain renewed onslaught on the criminals.

The president said the federal government would continue to deal with insurgents, bandits, kidnappers and other criminals who constitute a threat to innocent citizens across the country.

A renowned Islamic scholar, Ahmed Muhammad Gumi had recently urged the federal and state governments to grant amnesty to repentant bandits, saying that there will be serious bloodshed and merciless killings if the government and security agencies continue to engage the bandits on operation fire-for-fire.

Also, the bandits had on Wednesday reportedly asked the president to personally negotiate with them for peace to reign, stressing that every Nigerian has to be treated equally.

According to a media report, the herders turned bandits claimed that government neglect and lack of qualitative education pushed them into banditry.

But speaking at a joint meeting of 19 Northern States Governors' Forum, Council of Emirs and Chiefs in the northern part of the country and a delegation from the federal government in Kaduna yesterday, President Buhari insisted that criminals should be treated as criminals.

He said the nation was dacing various dimensions of security challenges that continue to slow down the emancipation of Nigerians from poverty and economic deprivation.

Buhari, who was represented by his chief of staff, Prof Ibrahim Gambari, said following the security challenges confronting the nation, he has directed the new security chiefs to devise new strategies that will end the ugly security situation whereby the lives of Nigerians have continued to be threatened by hoodlums and criminals.

He said, "No doubt, this kind of robust engagement provides a veritable platform for deep reflection and dialogue on pertinent issues affecting not only the Northern Region, but the nation as a whole. These include unity, peaceful coexistence, security and other parameters of development.

"I must appreciate the efforts of the 19 Northern States Governors' Forum for their contribution towards National Growth and development, especially in this challenging period in our nation's being where certain fundamental issues of our corporate existence need to be frankly deliberated upon and actionable resolutions reached.

"I have already tasked the new Service Chiefs to devise new strategies that will end this ugly situation where the lives of our people continue to be threatened by hoodlums and criminals. I expect that at this meeting, your Forum will also discuss and devise ways of building stronger collaboration with the security architecture and the people in defeating criminality across the region and the nation at large."

Governors in attendance at the meeting are Nasir El-Rufai of Kaduna, Abdullahi Ganduje of Kano, Aminu Bello Masari of Katsina. Abubakar Badaru of Jigawa, Abdullahi Sule of Nasarawa, Mai Mala Buni of Yobe, Simon Lalong of Plateau, Aminu Tambuwal of Sokoto and Atiku Bagudu of Kebbi, while other governors were represented by their deputies.

The federal government's delegation include the chief of staff to the president, Prof Gambari; minister of Information and Culture, Alhaji Lai Mohammed; deputy Speaker of the House of Representatives, Ahmed Wase, who represented the President of the Senate; Inspector-general of Police, Mohammed Adamu, and Director-general of State Security Services, Yusuf Bichi, among others.

Chairman of the Northern States Governors' Forum, (NSGF) and Plateau State governor, Simon Lalong, said it is time for them to provide security to the people of the North and not to engage in blame game.

Lalong lamented that insecurity has become a clog in the wheel of the region's progress, such that farming which is a major preoccupation of its people is being hampered at the detriment of the nation's economy and food security.

"This is why at several periods, we set up various Committees to look into specific issues and advise us on what kind of measures to adopt in changing the narrative. I am glad that at this meeting, we shall be receiving and considering several reports from those committees with a view to charting a new way forward.

All Eyes Are On You, Sultan, NEF Tell Northern Governors

Meanwhile, the Sultan of Sokoto, Alhaji Muhamnad Sa'ad Abubakar III, yesterday told state governors that all eyes were on them and other political leaders in the north to end the security challenges facing the region.

Speaking at the meeting of northern Governors, the Sultan said the traditional institution would continue to pray and encourage governors of the region to tackle the security problems.

He said, "I would like to condole with our people who have suffered from this insecurity in Katsina, Niger, and other parts of the north and to also commend our northern governors who went to different places to condole or to stand in for the people of the north.

"You were physically in areas like Ondo State, Oyo State, and in Niger State. I would like to commend you for that show of patriotism to our people and ask you to do more because all eyes are on you as the political leaders of this great north.

"It is easy to destroy but very difficult to build and destruction have been going on for years, for decades things have been going bad and they were not arrested. Now the Governors are trying to build, it will take time, but the people must be patient .But people are asking how long we should have to be patient. I know people are in a hurry, so the Governors too must be in a hurry to do their best".

Similarly, the Northern Elders Forum (NEF) yesterday called on the Northern governors to stop quarrelling in the public, saying the disagreement among governors on security issue could cause panic among citizens of the region.

NEF's director of Publicity and Advocacy, Dr Hakeem Baba-Ahmed, who spoke during the joint meeting of governors, traditional leaders and the federal government delegation in Kaduna said, "Governors are leaders and when governors disagree so openly, on the way forward either on security or how to deal with banditry it causes more panic among our people. We beg our leaders; there must be a way to resolve issues among governors without making some of these things public."

Meanwhile, Kaduna State governor, Malam Nasir El-Rufai, has said the northern governors have waded into the disagreement between their counterparts in Benue and Bauchi States, Samuel Ortom and Bala Mohammed, with a view to ending the feud.

According to the governor, the quarrel between the two governors was more of a difference in opinion than a fundamental issue.

Governor el-Rufai assured that northern governors would come up with a permanent solution to the farmers/herders altercation that has intensified in recent times around the country.

Speaking with Journalists at the national secretariat of the All Progressives Congress (APC) yesterday in Abuja after a closed door meeting with the party's director of organisations, Prof Mustapha Medanra, governor El-rufai said the Northern governors are committed to ending the nomadic movement of cattle and people in the shortest possible time.

"We are all committed to solving the problem of movement up and down by the herders because once we solve that problem, the clashes between farmers and herders will reduce significantly.

"It will be sorted out, there will always be differences in opinion but not fundamental. The Northern State Governors Forum is committed to ending the nomadic movement of cattle and people in the shortest possible time and we are all working," he said.

Earlier in his remarks at the meeting of the northern governors Forum, el-Rufai said Nigeria needs peace and security, adding that Northerners are looking up to their leaders for solutions.

He said working with the region's traditional institutions, community and civic leaders, governors need to accelerate efforts to avail Northern region chance to successfully engage the challenges and possibilities of the 21st Century.