Ethiopia: Lest Backbreaking Inflation Boils Over Into Instability, Chaos 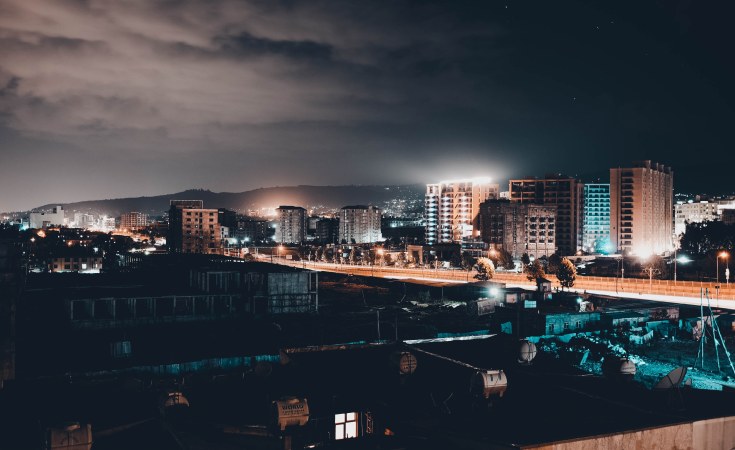 The hopes of leading a decent life are becoming dimmer by the day for the vast majority of Ethiopians. From the raft of ethnic-based conflicts in various parts of the nation to the attacks on the defense forces and the ensuing law enforcement operation in which tens of thousands were killed, maimed and forced to flee their homes, Ethiopia has been lurching from one political crisis to another for some years. Even as its people yearn for an end to the sense of insecurity and foreboding the crisis has engendered another ominous and potentially graver threat even more difficult to tame is rearing its head. In the past couple of months the cost of living has escalated at a level rarely witnessed before, raising the specter of a socio-economic catastrophe that is liable to precipitate political instability. This is a prospect which must be averted before the damage is done.

Admittedly, this is not the first time a steep rise in the rate of inflation has occurred in Ethiopia. The country has seen successive price hikes in both food and non-food items for over a decade now. The prices of teff, the staple food of the majority of Ethiopians, and other basic food items as well as utility bills, house rent, mass transit services, medical expenses, tuition fees, etc. have gone up astronomically during this period. Needless to say prices cannot be expected to remain constant year on year. They are bound to soar. However, the manner in which they have been rising is not only unfair, but also incommensurate with income levels. For instance, the recent price upsurge in commodities that came on the heels of the fuel price increase a fortnight ago is totally unjustifiable. The level at which commodity prices skyrocketed is utterly disproportionate with the moderate rise in fuel price and proving to be backbreaking.

The unremitting upsurge in the cost of living cannot be pinned down to a single reason; it's imputable to the convergence of a combination of factors. One of the principal factors is the monopolization of the market by a handful of players. It is impossible to talk about a free market while prices and the distribution of goods are fixed by cartels. A market which should be governed by the laws of demand and supply has been distorted by a handful of rent-seekers in the value chain, namely importers/wholesalers, retailers and middlemen, who are able to manipulate the market with impunity. Despite the government's repeated pledge to bring these actors to heel, they are still able to do as they please no matter what. Unfortunately, some of the very measures the government took to rein in them have had unintended consequences and made things worse for consumers.

This brings us to what use, if any, consumer cooperatives and government-owned retail enterprises have had in achieving their stated objective of stabilizing prices. Although these have intervened to stabilize the prices of basic commodities like wheat, flour and edible oil through subsidy programs, by and large they have not succeeded in protecting consumers from artificial price escalations which are devoid of economic justification. In fact most of them have fallen under the control of greedy rent-seekers and are complicit in the very price rise they are supposed to curb. What is the value of their existence if they are actually working against consumers' interest? They should either shape up or close shop.

Aside from acts with distortionary effects creating market disequilibrium, other factors at play have also contributed to stoking inflationary pressure. These include, among others, the inability to overcome supply-side constraints as they relate to basic commodities; the mounting debt stress engendered by the high level of government borrowing from both domestic and external sources; the steady rise in the cost of imported goods due to the declining purchasing power of the Ethiopian currency; and the allocation of funds which could have been utilized for development or welfare purposes to rehabilitate the victims of humanitarian disasters. While the government may lack the capacity to address these challenges once and for all, some public officials try to rationalize the high cost of living as a concomitant consequence of economic growth or attribute it to sabotages perpetrated by nefarious elements instead of empathizing with the public and searching for innovative ways to ease the effects of the debilitating inflation.

The government cannot be accused of lacking the desire or the willingness to bring down the rampant inflation. Even though it has taken a raft of measures intended to help achieve its stated goal of confining inflation to a single digit, they are not and cannot be a panacea for the interminable escalation of the cost of living. While we are not advocating here for a return of the command economy, which allows the government to set prices, there can be no denying that the market has to be regulated in a way that fosters competition and protects the interest of consumers. The multi-faceted challenge that the biting inflation poses must be accorded a particular attention by all concerned. This calls for the establishment of a think tank which proposes informed solutions as well as to canvass public opinion by way of consultative forums with a view to ensure the latter's participation in the search for solutions. No decision should be taken without going through this process first since any unilateral measure cannot be responsive to the needs of all stakeholders. Moreover, it's absolutely imperative be wary of the political and security implications of the inexorable rise in the cost of living. Failure to tackle the problem within the shortest possible time is liable to cause the simmering public discontent to boil over, leading to instability and chaos. The sooner decisive action is taken the better!