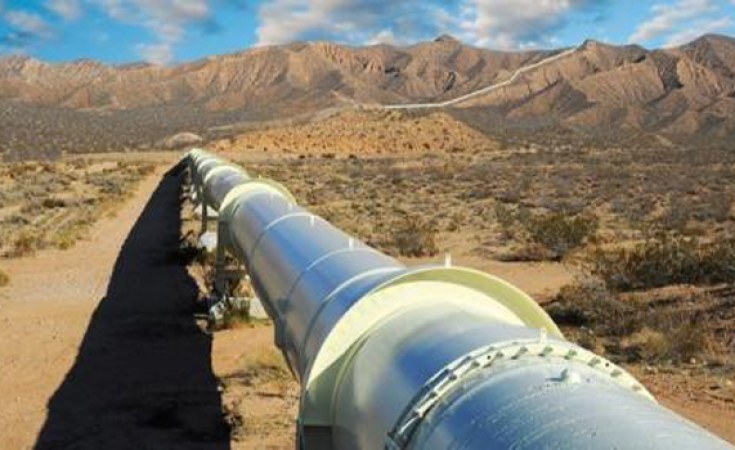 The Citizen
Tanzania will upgrade road that crude oil pipeline passes from Uganda.
The Monitor (Kampala)
By The Citizen

The construction of the $3.5 billion East African Crude Oil Pipeline (Eacop) is scheduled to start next month, it was revealed yesterday.

"While in France I held talks with Total director who assured me that all is set for the construction of the pipeline to kick off in the second week of next month," Prof Kabudi told a press conference.

In September last year, President of Uganda, Yoweri Museveni, and his Tanzanian counterpart, John Magufuli, agreed to hasten the implementation of the Eacop project in a bilateral meeting held in Chato District in Geita.

This was a follow-up meeting after Uganda signed the Host Government Agreement (HGA) with Total on the multibillion dollar Eacop Project.

The two leaders urged officials from both countries to expedite the harmonisation of pending issues and fast-track the remaining agreements including the Tanzanian HGA to fasten the implementation of the project.

As a result of the push from the duo, in October last year, Tanzania and Total signed an agreement that could pave the way for the construction of a crude oil pipeline from Uganda to the Tanga port.

The 1,447-kilometre pipeline will be used for transportation of crude oil from Hoima in Uganda to the Tanga port for export overseas.

The pipeline, two thirds of which will pass through Tanzania, will generate at least 4,700 direct employments and 27,000 indirect jobs, according to Prof Kabudi.

Tanzania and Uganda agreed in March 2016 that a pipeline to transport crude oil from the Lake Albert basin in west Uganda to the markets overseas be routed through the Tanga port.

An agreement to the letter was signed by the two neighboring countries in May 2017 followed by the laying of a foundation stone at the Tanga port by presidents Magufuli and Museveni in August the same year.

Eacop is expected to unlock East Africa's potential by attracting investors to explore opportunities in the region.

In another development minister Kabudi said Total is planning to construct the coating industry and lubricant blending plant here in the country.

Meanwhile, Prof Kabudi held talks withFrench Development Agency (AFD) deputy managing director Bouduin Philippe who informed him about the France government's decision to double the fund for the development projects to €1.2 billion (Sh3.3 trillion), for five years from 2017 to 2022.

Furthermore, AFD in collaboration with Tanzania are in the final stages of discussions about the Tanzanian strategic projects in clean water and sanitation, energy and infrastructure sectors.