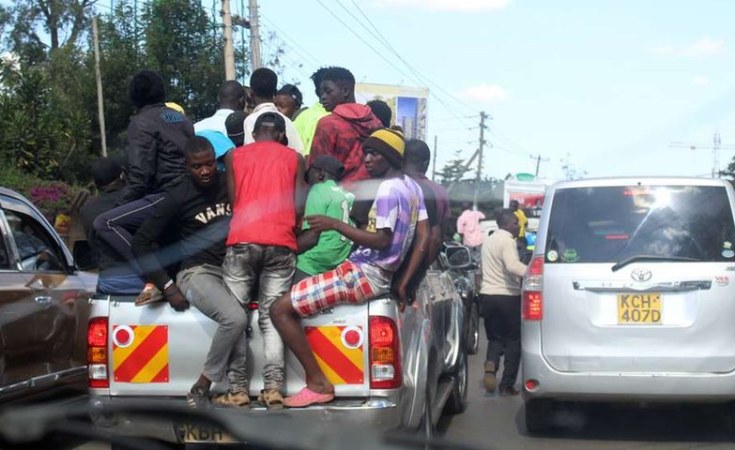 At the beginning of the year, Kenya was doing well with regards to Covid-19 infections, recording few cases and deaths. However, the tide seems to have changed in the past two weeks.

The country's Covid-19 curve is swinging upward, with experts warning of the possibility of a third wave.

In a sample of slightly more than 7,000 on Friday, some 410 people were found to have the virus, a positivity rate of six per cent.

"This is the highest rate since December. The critical cases also increased by 92 per cent from 73 per cent recorded in mid-February. The weekly deaths have tripled from 13 to 40," Pathologists Lancet Kenya chief executive Ahmed Kalebi said.

"The numbers are increasing. We are recording more community transmissions because Kenyans have dropped their guard."

Pathologists Lancet Kenya is one of the several private laboratories testing for Covid-19 in Nairobi.

He added that many countries are witnessing a downturn in their curves.

Kenya recorded the highest number of new cases in about two months on Friday.

"The third wave is unfolding. The question is how high it will rise in the coming months. Deaths are also increasing," he said.

"When the number of critically ill people begins rising and more are dying, it is a clear sign of community transmission. We need to go back to the measures and observe them fully."

But even with the rise in Covid-19 numbers, the protocols and guidelines issued by the Ministry of Health are not being observed.

The increase in the numbers has come when Kenyans are waiting for the next communication on the state of containment measures from the government.

It is just two weeks to the end of the extended three-month nationwide night curfew.

"Whereas the general directions governing religious gatherings shall remain unchanged, any indoor gathering other than for the purpose of a wedding or funeral shall be conducted in accordance with the guidelines issued by the Inter-Faith Council and with other applicable Ministry of Health protocols remaining in force," President Uhuru Kenyatta said in December.

The lockdowns and other measures have hit many families hard financially.

Yet even as the virus numbers increase, the country has not started receiving vaccines.

The first beneficiaries will be groups at high risk of contracting the virus.

Health workers, police officers, the elderly and teachers will be given priority when the vaccines become available, the government says.

It may not be possible for Kenya to receive the 24million doses at once next week.

"I don't think we will get more than a million doses, considering what other countries have been given. Those numbers are too small to even talk about vaccinating the general population," Dr Kalebi said.