Apochi Owoicho/UNICEF
A young girl writes on a chalkboard at a primary school in Nigeria (file photo).
Premium Times (Abuja)
By Alfred Olufemi

Governor Bello and Shehu Sani had a spat over the former senator's call for the renovation of the Kagara school.

The Governor of Niger State, Abubakar Sani Bello, and former Kaduna senator, Shehu Sani, on Sunday had a a spat over the recent abduction of 38 persons from Government Science College, Kagara.

Bandits dressed in army uniform on February 17 attacked two hostels in the school in Niger State from where they abducted 24 students.

A student, Benjamin Habilah, was killed in the attack.

The kidnapped victims were freed on Saturday after 10 days in captivity.

On Sunday, Mr Sani, who is an alumnus of the school, on social media, urged the state government to rebuild the school and rename it after the murdered student.

"Dear @abusbello and @GovNiger, rebuild Government Science College Kagara and rename the school after the young student who was killed by the bandits when they stormed the school," he wrote on Twitter.

However, in his response, which has now been deleted, Mr Bello said the ex-lawmaker should have done the same for his constituents while in office.

"Thank you Distinguished @ShehuSani, one of our goals has always been to provide protection & conducive learning Enviroment for our School Children, although one would've thought your wise counsel was put to better use when you represented the people of Kaduna Central, either ways," he responded to the tweet.

Responding, Mr Sani reeled out his record in office and restated the need for the face-lift.

"Within four years of my stewardship I was able to build 7 primary health care centers in Kaduna Central and 9 buildings we purchased used as schools & orphanages. Your attention and action is very much needed in Kagara; that school shouldn't be your image.

"Your Excelency, we have a school now that carries the images of the ruins of Rome and Athens, let's feel your impact and intervention in Kagara," the vocal stated.

Your Excelency,we have a school now that carries the images of the ruins of Rome and Athens,let's feel your impact and intervention in Kagara. https://t.co/Si09FVD05p

PREMIUM TIMES, during a visit to the school, reported the dilapidated state of its boarding and learning facilities.

Our reporter visited Lafene and Barde hostels where the students were abducted.

According to multiple sources, Governor Bello in his first term in office promised to renovate the facilities but nothing has been done.

Mr Bello was reelected to a second term in the 2019 general elections.

"He came around then. He said he wanted to see the food the students were eating. In fact, he was nearly moved to tears. Some days after, some people came to do evaluation. Up till date, we have not seen them again," one of the teachers told our reporter.

Some of the students who escaped the attack lamented the poor state of the facilities in interviews with this newspaper.

"That's where we have been sleeping even with the roofing removed in some parts," an occupant of Lafene hostel said. 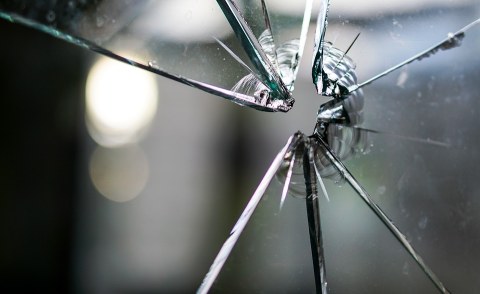