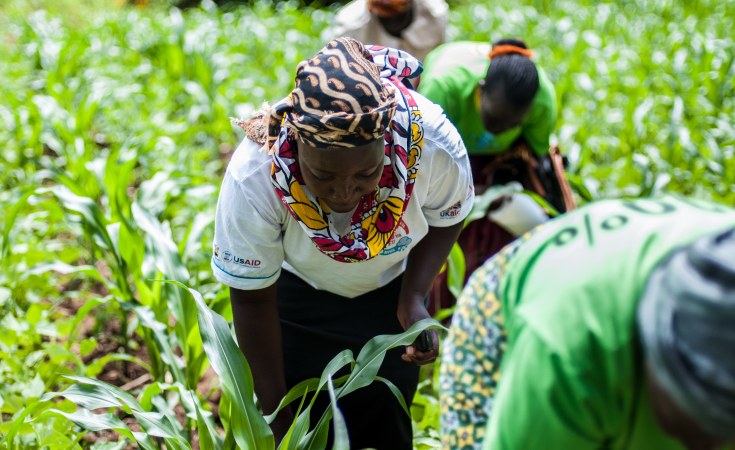 Farmers under the Kenya Small Scale Farmer Forum have rushed to court to stop the government from entering a trade deal that would see some products imported into the country duty free after 7 years.

The trade deal, known as the Economic Partnership Agreement (EPA), between the Republic of Kenya on one hand and the United Kingdom of Great Britain and Northern Ireland on the other hand, is in the last stages of ratification.

This suit comes just days after the Kenyan lawmakers declined to ratify the controversial Kenya-UK trade deal, after they accused some unnamed officials of sneaking in documents that had not been tabled in Parliament.

The petition filed by farmers and Econews Africa, a research and advocacy organisation, argues that the deal is in "utter violation of the fundamental rights and freedoms of the petitioners enshrined in Articles 35 and 43 of the Constitution."

They also argue that the Cabinet Secretary at the Ministry of Industrialization, Trade and Enterprise Development, Ms Betty Maina, is already seeking to have the deal ratified by Parliament without subjecting it to public participation and "without carrying out regulatory and economic impact assessment as required by the Treaty Making and Ratification Act, and the Statutory Instruments Act."

The government says eggs, milk, and cereals are among the agricultural products the UK will not ship into the country duty free to protect local farmers and agri-processors from unfair competition from cheap food imports.

Also included in the list of duty free restrictions are textiles and apparel from London, as the two countries head towards the end of ratifying deal, signed December last year.

Ms Maina said last week that the ministry has generated a list of sensitive products which will not be imported into Kenya duty-free and on which quotas will be placed.

She added that the EPA contains specific provisions for protecting the Kenya and East African Community (EAC) market from unfair competition from UK producers.
The list of sensitive products, Ms Maina said, are mostly agricultural products – and will retain same sensitive rate as was with the EAC-EU trade deal that expired December last year.

In the EPA, Kenya will start phasing out duty and quota barriers on finished products from the UK after 12 years of the EPA's ratification, while tariffs for intermediate goods will start being reduced from the seventh year of ratification.

“The UK access to the Kenyan and EAC market is subject to a progressive and gradual reduction of duty over a period of 25 years. It is a process where the full elimination of any of the applicable duties and the tariffs that we have right now, will only be attained after 25 years,” CS Maina said.

But the case filed on Monday at the Constitutional and Human Rights Division promises to introduce another challenge to the ratification process.

The small scale farmers want the court to compel the government to ensure transparency and effective public participation before the agreement is made into law by the National Assembly.

“The agreement has far reaching effects on the economy of Kenya now and in many
generations to come. Among other things, it seeks to progressively bring to zero tariffs on imports from the United Kingdom into Kenya,” the group said in a statement.

“This information has not been properly disclosed to the stakeholders and the public,” they say.

The group argues that UK farmers and producers enjoy heavy subsidies, some disguised in other forms. They add that their counterparts in Kenya do not enjoy such luxury and are faced with extra constraints such as high production costs.

They argue that the net effect of the agreement is to make Kenya’s products less competitive in the domestic market against UK imports.

“Ultimately, the vulnerable domestic producers will fold up due to unhealthy competition from the UK imports,” they add.

The group now wants the government to avail the entire text and annexures of the agreement for public scrutiny.

“Given the low literacy level among critical stakeholders, the small-scale farmers and fishing communities, there is need to have the document translated into Kiswahili and local languages and simplified versions in local languages availed for effective public participation.”

One of the most contentious parts of the agreement is fishing grounds. Opposition has been building on grounds that the deal favours the UK. The UK and the Kenya have a long relationship that dates back to colonial days.

At the moment, the UK is one of the biggest source markets for Kenya’s tourists. It is also a big importer of cut flowers, which is a major source of foreign exchange. On its part, Kenya provides a military training ground for Britain to enhance its global military might.