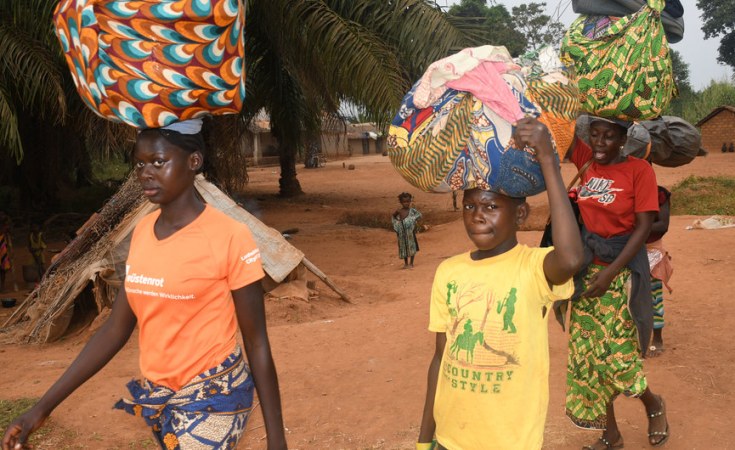 THE Central African Republic (CAR) is undergoing an unprecedented attack by militants and foreign mercenaries trying to overthrow the legitimately elected government. They have unveiled their plans recently.

On February 21, the Coalition of Patriots for Change (CPC), a rebel group, published a communiqué in which it called on its forces to return all cities that had been liberated by the Central African Armed Forces (FACA). The CPC announced that it had declared war on the country’s government and the rebels’ goal was Bangui to topple President Faustin-Archange Touadera.

Thanks to FACA, trained by Russian instructors and Rwandan allies, the advance of CPC mercenaries has been stopped and they are suffering losses. However, they are still terrorizing civilians, by ransacking towns and cities, as well as killing and abducting people.

The government headed by President Touadera made it clear that it would be in the interests of its people to bring the war to a victorious end.

All groups will be destroyed, and their leaders will be brought to justice.

This resonates with the country’s population, which is confirmed by regular pro-Touadera demonstrations of thousands of residents. African countries should support the actions of the legally elected government due to the fact that the president has proved that the people’s interests are at the forefront of his mind.

The Economic Community of Central African States (ECCAS) seeks to interfere in the internal affairs of the CAR.

Experts agree that this because it promotes the interests that are inconsistent with those of the CAR. Many countries in the region benefit from the continued instability in the country, since this ensures that militants, crimes and weapons are concentrated in the CAR.
This reduces tensions in other countries.

The ECCAS chaired by Angolan Gilberto Da Piedade Verissimo is a tool for pursuing Angola’s political interests. In order to divert its population’s attention from internal problems, the government of Angola intervenes in the situation in the CAR, acting on the side of criminals and terrorists.

Both the international community and the regional countries must pressurize Angola into stopping its activities aimed at destabilizing Central Africa. In fact, it may also be involved in illegal arms shipments to the CAR.

In addition, France has been supplying arms to Angola since the 1990s. As the country owes much money to France, it is used as a puppet. France takes advantage of the instability in the CAR, as it allows getting access to resources.

The escalation of violence has led to a deterioration of the humanitarian situation in the mineral-rich country. At least 2.8 million people, more than half of the country’s population, need aid and protection, according to the United Nations.