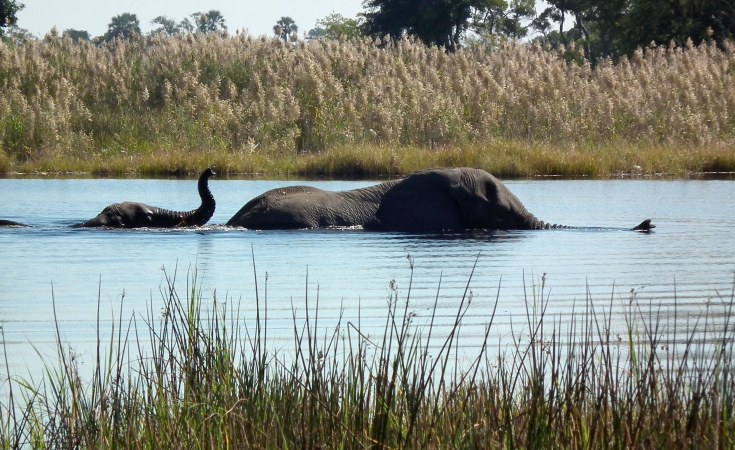 In sub-Saharan Africa, almost 1,400,000 km² of land spread across many countries -- from Kenya to South Africa -- is dedicated to "trophy" (recreational) hunting. This type of hunting can occur on communal, private, and state lands.

Debates centred on the role of recreational hunting in supporting nature conservation and local people's livelihoods are among the most polarising in conservation today.

On one hand, people argue that recreational hunting generates funding that can support livelihoods and nature conservation. It's estimated to generate US$200 million annually in sub-Saharan Africa, although others dispute the magnitude of this contribution.

On the other hand, hunting is heavily criticised on ethical and moral grounds and as a potential threat to some species.

Evidence for taking a particular side in the debate is still unfortunately thin. In our recently published research, we reviewed the large body of scientific literature on recreational hunting from around the world, which meant we read and analysed more than 1000 peer-reviewed papers.

We used this vast body of information to summarise the diverse implications of hunting for nature conservation and the livelihoods of people.

We found that studies quantified the revenues generated by hunting, but they often stopped short of determining on how these revenues benefited conservation and local people.

Likewise, there is only a little research documenting the effectiveness of recreational hunting areas for conserving ecosystems, and who really benefits from the revenues generated.

Ultimately, we still do not have enough evidence to answer the pressing questions of where and how hunting contributes to sustainable conservation efforts that also benefit local people. While it is not self-evident why this is so, it is important that future research addresses these gaps.

A lot of the research we examined focuses on how hunting affects a particular species. The most-studied species are large mammals from North America, Europe, and Africa - such as red deer, white-tailed deer, wild boar, moose, and lions. Of these, only the lion is of conservation concern.

The impacts on the populations targeted by hunters varied among species. For example, red deer hunting appears to be sustainable, while there is evidence that reindeer hunting has caused some populations to decline. Hunting did not cause population declines in studies of 17 African hoofed mammal species, with only eland declining due to hunting.

The impacts of hunting also varied within species, with lions being a good example.

Evidence shows that while lion hunting is well-regulated and sustainable in some places - such as Niassa National Reserve in Mozambique - in other places it is detrimental to local populations. For example, the lion population in Zambia's South Luangwa National Park declined from 125 lions in 2009 to 94 in 2012. Trophy hunting was the leading cause of death, with 46 males harvested. These declines resulted in a trophy hunting ban in 2013.

Hunting has also negatively affected carnivores elsewhere in the world. For example, puma (cougar) populations in North America and brown bears in Europe.

Unfortunately, we also found that while the literature is extensive, there were biases toward certain continents and either "charismatic" species, or species that are not under imminent threat of extinction.

How hunting affects ecosystems and people

Far less research has been done to measure the broader impacts of hunting on ecosystems. Or how hunting contributes to, or detracts from, the livelihoods of local people.

In terms of livelihoods, research from South Africa and Namibia concluded that stopping hunting would negatively affect conservation initiatives and local livelihoods by the loss of the major revenue it generates. Trophy hunters spend US$250 million in South Africa each year.

Recreational hunting was particularly important in areas where ecotourism was not a viable alternative because of a lack of infrastructure, rare wildlife, or a dearth of spectacular scenery, such as much of the Northern Conservation Zone in Botswana.

In West and Central Africa, there are various constraints to the revenue that trophy hunting can generate. These include few remaining trophy species - such as lions - and policies, such as the European Union's bans on the imports of trophies. There are also high costs associated with countering threats from poaching and agricultural encroachment.

These constraints have meant the revenue generated from trophy hunting are not enough to cover the costs needed to manage hunting blocks effectively. Trophy hunting, for example in Cameroon, wasn't enough to provide a meaningful contribution to local communities.

In terms of the broader impacts of hunting on ecosystems, we found evidence for some benefits from North America, Europe, and Africa.

Most evidence suggests that habitat management for game birds is positive for many other species in agricultural landscapes. For instance, in North America, fees from waterfowl hunters have made it possible to conserve or restore more than 50,000 km² of wild bird habitat.

However, recreational hunting can also mean that predators are killed to make way for popular game species kept at artificially high densities via breeding and introduction programs.

In South Africa, benefits generated from trophy hunting of white rhinos incentivised landowners to conserve and restore this species across more than 16,000 km². This helped conserve other species and ecosystems.

Even though the literature on recreational hunting is extensive, research must be extended towards less-charismatic species and to all continents where recreational hunting happens. For example, we need a lot more evidence to support or debunk some claims that hunting increases the quantity and quality of conservation interventions.

Likewise, there is still only limited research addressing questions pertaining to the sustainability of recreational hunting, who benefits from it, and how local people feel about it. Assessing the role of recreational hunting in diverse contexts is essential to develop equitable ecosystem conservation and restoration practices, while simultaneously contributing to the livelihoods and aligning with the values of local people.