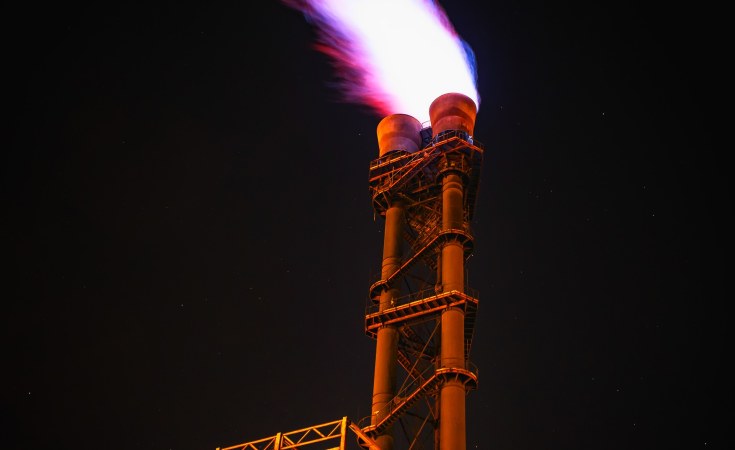 The East African Crude Oil Pipeline (Eacop) project took a new twist on Monday when 263 non-governmental organisations sought to persuade at least 25 banks listed as potential financiers of the $3.5 billion development not to participate, citing environmental and social risks.

The NGOs in their letter to the lenders claimed the project would fuel climate change by transporting oil generating over 34 million tonnes of carbon emissions each year.

Under pressure to stop financing fossil fuels including coal projects, six banks that the pipeline's lead investors - French oil major Total, China National Offshore Oil Corporation (CNOOC) and the governments of Uganda and Tanzania - target as lenders, have reportedly indicated that they would not take part.

At 1,445 kilometres, the Eacop is slated to become the world's longest heated crude oil pipeline spanning Uganda and Tanzania, and posing immense threats to local communities, water supplies, and biodiversity in Uganda, Tanzania, Democratic Republic of Congo and Kenya, the organisations said in their letter.

The pipeline will transport crude oil from Hoima district in western Uganda to Chongoleani in Tanga, the northeastern port city in Tanzania.

The letter is addressed to Sim Tshabalala, the CEO of Standard Bank of South Africa, and its Ugandan subsidiary Stanbic Bank Uganda boss Anne Juuko.

The three lenders - Standard Bank, ICBC and Japanese's SMBC - are the financial advisors for the project. The other 22 banks addressed by the organisations have recently financed Total and CNOOC.

Should the banks yield to pressure, this would deal a blow to Uganda's oil dream which has stuttered for more than a decade.

The letter comes at a time the speculation is high on the imminent signing of the long-awaited final investment decision (FID) oil deal.

In an email interview with The EastAfrican, Ryan Brightwell, a researcher and editor at the Netherlands-based NGO BankTrack, one of the lead petitioners, said that half a dozen banks have indicated that they would not participate in the project.

"We've been in touch with dozens of banks about this project, and at least six have now indicated to us privately that they won't get involved or are very unlikely to get involved. We're calling on them to make public statements confirming this," he said.

He added that most banks have policies not to finance projects that would impact sites designated as wetlands or wildlife habitats of critical importance. This, he said, should rule them out of the pipeline project as the risks it poses to important wetlands, forests and other habitats are very clear.

However, he conceded that with an FID expected soon, it could be too late for some of the lenders to call off their involvement.

"We've had several conversations with Standard Bank and its Ugandan subsidiary Stanbic, which is of course a key advisor to the project. While they listened to our concerns, they're still publicly quite wedded to the project, although it must be a huge risk for them," said Mr Brightwell.

Equally, the government of Uganda is unfazed by concerns about the environmental impact of the project.

"Of course everything has a cost, but there are mitigation measures. As for the pipeline, we can plant trees along the route. That's not really costly," said Robert Kasande, Permanent Secretary in the Ministry of Energy.

Nearly one-third of the pipeline will run through the basin of Africa's largest lake, Lake Victoria - which more than 40 million people depend on for water and food production.

It will also cross more than 200 rivers, run through thousands of farms and cut through vital wildlife reserves.

Eacop is expected to cost around $3.5 billion, of which about $2.5 billion will be borrowed from banks and other financiers while 30 percent of the project is financed through equity from the oil companies Total, CNOOC and the host governments' entities Uganda National Oil Company and Tanzania Pipeline Development Company.

It is not yet clear which banks intend to participate, although the three banks acting as financial advisors are likely to join and act as lead arrangers.

The UK Export Finance, an export credit agency for the United Kingdom, has also confirmed that it has been approached for a project loan, although it said it was consulting on timing around a recent announcement to end finance for fossil fuel projects overseas.