Africa: Twice As Many Technologies, Tactics And Techniques Used To Close Than Open Digital Space In Ten African Countries 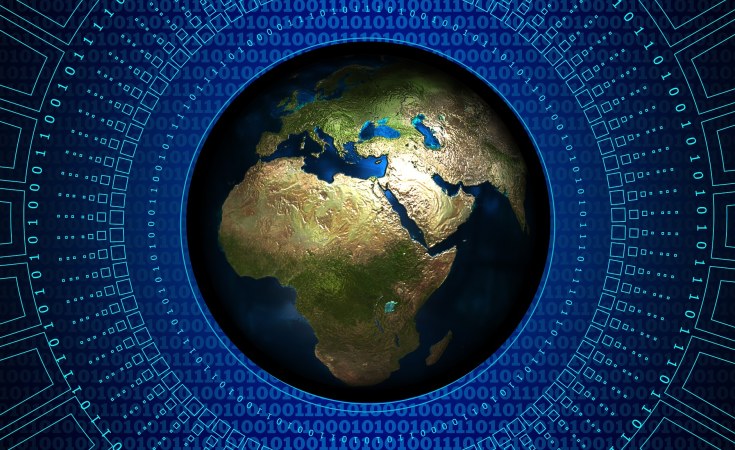 In the first study of its kind, researchers in ten African countries have documented 115 examples of technologies, tactics and techniques used between 2000 and 2020 to close ‘civic space’ online – the digital spaces where people organise, voice different political opinions, and participate in governance. In contrast, over the same 20-year period there were only 65 examples of steps taken to open civic space.

In each country, it is typically the national government taking action to close civic space and diminish digital rights with the five most common ways being though digital surveillance; disinformation; internet shutdowns; introduction of laws reducing rights and arrests for online speech. In response to government repression, the reports found 65 examples of where citizens had made creative use of digital technologies such as SMS, social media, encrypted messaging and VPNs to voice opposition and open new civic space online.

The ten digital rights landscape reports were produced by authors from Zimbabwe, Zambia, Uganda, Sudan, South Africa, Nigeria, Kenya, Ethiopia, Egypt, and Cameroon. These countries were selected as representative of the main geographical regions of the continent, as well as a range of levels of civic space openness, political and internet freedoms, and economic development. Each report analysed the digital technologies, tools, tactics, or techniques used by government, citizens, CSOs and other organisations being used to open or close civic space in their country.

Overall, the research shows that when civic space closes offline citizens respond by opening civic space online. However, this often prompts governments to take measures to close online space. The overall impact is a reduction in digital rights to privacy, freedom of opinion, and freedom of speech that are crucial for open, democratic societies. Such ‘digital authoritarianism’ is a serious threat to fragile democracies and could threaten the integrity of elections in over 50 African countries with elections scheduled in the next five years (EISA 2020).

Dr. Tony Roberts, Research Fellow at the Institute of Development Studies, and co-author of the report ‘Opening Civic Space Online: Digital Rights in Africa’, said:
“In an increasingly digital world, the human rights we protect offline must be protected online. These ‘digital rights’ are especially important in countries where there is no free press and, where street demonstrations or criticisms of the government are not possible making online spaces the only place where people can safely speak out and mobilise. Yet, our research in ten African countries, found twice as many examples of digital technologies being used to close rather than open civic space online.

“Increasingly, when a new technology or campaign emerges, governments find a way to shut down this civic space. This ‘digital authoritarianism’ has fundamental implications for democratic societies and is why it’s so important that we raise awareness and build capacity across Africa to promote and protect citizens’ digital rights.”

Juliet Nanfuka, digital rights researcher at The Collaboration on International ICT Policy for East and Southern Africa (CIPESA) and member of the African Digital Rights Network, based in Uganda, said:
“Digital rights are important because they enable our human rights, for example, they allow for civic engagement, right to freedom of expression, right to assembly and so much more. In the COVID-19 era, the role of digital rights has become even more pronounced as the digital society must become much more inclusive.

“However, research by the African Digital Rights Network shows that online civic spaces are being closed through various repressive actions, including unwarranted arrests, unwarranted surveillance and various forms of intimidation. In addition, self-censorship online is being fuelled by financial restrictions and online content regulation. All of these actions inhibit freedom of expression and access to information, both of which are fundamental to have a flourishing civic space.”

Case study – Uganda
In Uganda, the government has sought to control social media both through imposing the world’s first social media tax while also enforcing internet shutdowns – closing access for millions of citizens during critical elections and protests. During such periods of online civic space closure, some citizens managed to open online civic space by using digital tools including virtual private networks (VPNs) to both evade the tax and the censorship of the right to freedom of speech. The #FreeStellaNyanzi and #FreeBobiWine online mobilisations are examples of viral hashtag campaigns to release the political prisoners that were effective in countering government attempts to prevent open political deliberation and democracy.

Case study – Kenya
Kenya is a global leader in mobile money, in civic tech innovation and use and in mobile penetration in Africa. The use of Ushahidi to crowdsource and map violence after the 2007 elections sparked a groundswell of innovation and uptake of digital technologies for civic activism in Kenya and internationally. Ushahidi’s civic technology went on to be used to map the humanitarian crisis in Haiti, sexual harassment in Egypt and elections all around the world. Kenyan feminists have made extensive use of online space and social media to voice concerns ignored by mainstream media and the Bloggers Association of Kenya have been active in defending digital rights of citizens right to speak out online.

The Opening Civic Space Online: Digital Rights in Africa reports have been conducted by the newly launched African Digital Rights Network, which brings together a unique combination of 30 in-country global digital rights organisations, activists, academics and analysts committed to enhancing citizens’ ability to exercise, defend and expand citizens their digital rights. Network members contribute to this goal by producing evidence, raising awareness, and building local capacity to independently monitor, analyse, and effectively overcome any restriction to digital rights or online democratic spaces. The Network is funded by the UKRI – GCRF Digital Innovation for Development in Africa (DIDA).

The members of the African Digital Rights Network include:

Anand Sheombar is a researcher/lecturer at HU University of Applied Sciences Utrecht in the Netherlands and is author of Social Media in the Context of Development and Social Media and Development: Understanding NGO practices and perceptions and curator of the Facebook group on Social Media & Digital Technology For Development

Ayobami Ojebode is Professor of Applied Communications at the University of Ibadan, Nigeria. He has edited three books and authored many articles including on digital activism.

Becky Faith leads the Digital and Technology research team at the Institute of Development Studies (IDS) and has published on Digital Harassment of Women Leaders and Civil Society and Civic Engagement.

George Karekwaivanane is a Lecturer in African Studies at the University of Edinburgh and is the author of ‘Tapanduka Zvamuchese’: Facebook, ‘unruly publics’, and Zimbabwean politics.

Iginio Gagliardone is Associate Professor at the University of Witwatersrand and the author of The Politics of Technology in Africa and China, Africa, and the Future of the Internet.

Jan Moolman has led the APC Women’s Rights Programme’s work on online gender-based violence since 2009 and is the author of Tacking a byte of technology: women and ICTs.

Kathleen Ndongmo is a communications analyst and advocate for digital rights, an Open Internet for Democracy Fellow and author of the Cameroon Digital Rights Landscape report.

Kevin Hernandez is a Research Officer at the Institute of Development Studies (IDS) whose published research includes Leaving No One Behind in a Digital World.

Koketso Moeti is the founding Executive Director of Amandla.mobi an independent, community advocacy organisation that seeks to build a more just and people powered Mzansi.

Koliwe Majama is the African Declaration of Internet Rights coordinator and organiser of the African School of Internet Governance at the Association of Progressive Communications (APC).

Marjoke Oosterom is a Research Fellow at the Institute for Development Studies (IDS) and has published widely on issues including closing civic space and gender and citizenship.

Mohamed Farahat is a lawyer & legal researcher, member of the Steering Committee of Internet Rights and Principles Coalition, and author of the Egypt Digital Rights Landscape report.

Nanjala Nyabola is an author and political analyst. She is a frequent columnist including at Foreign Policy, Foreign Affairs, New African magazine, the Guardian, the BBC’s Focus on Africa.

Natasha Msonza is a Zimbabwean digital security trainer at the Digital Society of Africa which strengthens the resilience and capabilities of frontline activists and human rights defenders.

Sam Phiri is a member of faculty at the University of Zambia where his research focuses on mass communications strategy and is co-author of the Zambia Digital Rights Landscape Report.

Tanja Bosch is Associate Professor of Media Studies at the University of Cape Town and is author of Social Media and Everyday Life in South Africa as well as Facebook and Politics in Africa.

Thobekile Matimbe is the Community Manager at Paradigm Initiative a social enterprise advocating for digital rights and digital inclusion for underserved youth in Africa.

Turgay Celik is Professor of Computer Science at the University of Witwatersrand in South Africa where his research focuses on data science, remote sensing, machine intelligence and robotics.

Next Story
Tagged:
Copyright © 2021 Institute of Development Studies. All rights reserved. Distributed by AllAfrica Global Media (allAfrica.com). To contact the copyright holder directly for corrections — or for permission to republish or make other authorized use of this material, click here.