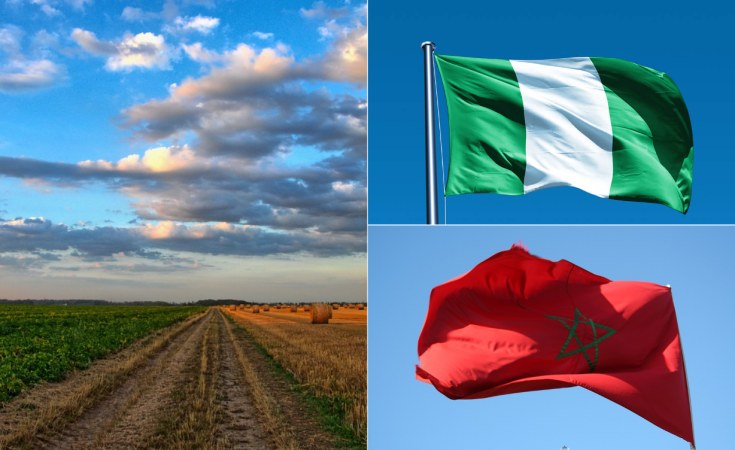 The MoU is expected to utilise Nigeria's gas and Morocco's phosphate to produce ammonia and phosphate fertilizers by 2025.

The Nigerian government on Tuesday signed a pact with OCP Morocco, a leading global provider of phosphate and its derivatives, to aid the second phase of the Nigerian Presidential Fertilizer Initiative (PFI) in Morocco.

The pact signed by the Nigerian delegation led by the Minister of State for Petroleum, Timipre Sylva, and officials of the Nigeria Sovereign Investment Authority (NSIA), is geared towards boosting local fertilizer production.

This development was disclosed by the managing director of the NNPC in a tweet posted on his official Twitter handle on Tuesday.

"We joined HMSPR Timipre Sylva, OCP Morocco, PFI and the NSIA in Marrakech to endorse protocols that progresses the Ammonia plant establishment in Akwa Ibom. We gave gas supply assurances and NNPC will take equity in the venture. Local fertilizer production will get boost!," his tweet reads.

According to the NSIA, the new MoU is expected to utilise Nigeria's gas and Morocco's phosphate to produce 750,000 tons of ammonia and one million tons of phosphate fertilizers annually by 2025.

Following the two-day visit of the King of Morocco, Mohammed VI, to Nigeria in December 2, 2016, several agreements were endorsed by the two leaders.

One of these agreements was conceived as a partnership between the Fertiliser Producers and Suppliers of Nigeria (FEPSAN) and OCP, a state-owned Moroccan company and a world leader in phosphate production and its derivatives.

By this, OCP would supply discounted phosphate to Nigeria, so as to help boost the domestic blending of Nitrogen, Phosphorus and Potassium (NPK) fertiliser in the form of NPK 20:10:10, starting in 2017.

President Muhammadu Buhari formally announced the approval and commencement of the initiative shortly after the Moroccan visit, in December 14 during his 2017 Budge presentation.

According to the PFI guidelines, the goal is to achieve the local production of one million metric tonnes of blended Nitrogen, Phosphorous and Potassium (NPK) Fertiliser for the 2017 wet season farming, and an additional 500,000 metric tonnes for dry season farming.

In order to achieve the aim of the initiative, the Central Bank of Nigeria designated the Nigeria Sovereign Investment Authority (NSIA) to manage the nine per cent per annum fund on behalf of FEPSAN.

However, because managing a fertiliser fund is not the NSIA's core mandate, a Special Purpose Vehicle known as NAIC-NPK Limited (where NAIC = 'NSIA Agric Investment Company'), was established to carry this function out on its behalf.

Being that FEPSAN had already successfully negotiated substantial discounts with the suppliers and producer of the four main raw materials needed for fertilizer formulation,which include Urea (36%), Limestone (27%), Phosphate (21%) and Potash (16%).

Urea, and Limestone granules (LSG) are locally-sourced in Nigeria, while Diammonium Phosphate (DAP) and Muriate of Potash (MOP) are imported from Morocco and Europe respectively.

For this contract-blending, according to the PFI guidelines, NAIC-NPK Limited pays the blenders a fee.

The blending plants then produce, bag and sell the finished, packaged fertilizer to Agro-dealers and State Governments at the cost of 5,000 per bag, and remit this revenue to NAIC-NPK Limited, for re-investment into the next phase of production.

The PFI is therefore a self-sustaining revolving fund, in which the revenues are re-invested into subsequent production cycles.

PFI initiative was designed by FEPSAN, an umbrella body of Fertiliser producers and suppliers,in collaboration with the Presidency, while it also signed the Fertiliser deal with OCP, on behalf of the Government of Nigeria.

The chairman of the PFI is the Jigawa state governor, Mohammed Abubakar, and the leadership of FEPSAN.

Meanwhile, the Central Bank of Nigeria (CBN) is the Provider of the Intervention Fund that served as seed capital for the PFI, which was used to open the required Letters of Credit for the suppliers of the raw materials.

The NSIA (The Nigerian Sovereign Wealth Fund), in this regard is operating through a special purpose Vehicle called NAIC-NPK Limited.

Other key players are the Federal Ministry of Agriculture and Rural Development, which inaugurated an 11-member National Fertiliser Technical Committee (NFTC), in March 2016, the Blending Plants accredited under the PFI, and the Agro-Dealers and State Governments who off-take the finished products from the blending Plants and retail to the farmers.

According to the 2019 financial statements of the NSIA, despite the best efforts by all parties concerned to forestall stock loss and ensure raw material inputs translate to output for domestic production of NPK 20:10:10, some incidence of unauthorised lifting of the product was discovered at Bauchi Fertilizer Company and Bejafta Group Nigeria Limited.

The NSIA said the development was escalated to the security agencies for investigation, and that the blending plants involved in the fraud were de-listed from participating in the 2020 PFI until the amounts owed, in the sum of ₦600 million and ₦1.031 billion by Bauchi Fertilizer Company and Bejafta Group Nigeria Limited respectively, are fully settled.

The NSIA in the statement noted that line with the relevant accounting standards, the full amount of ₦1.631 billion has been recorded as inventory loss in the financial statements and charged to the income statement.