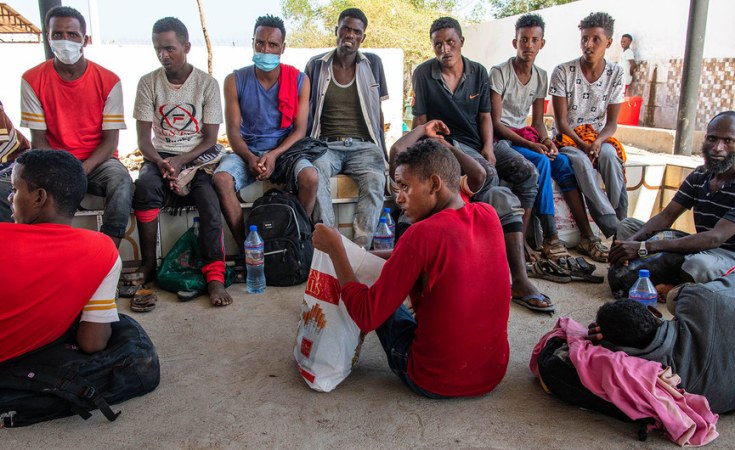 At least 20 people have drowned after smugglers threw dozens of migrants overboard as they sailed from Djibouti to Yemen, UN migration agency IOM said on Thursday.

This is the third such incident in the Gulf of Aden in the last six months, according to the International Organization for Migration, which said that survivors are receiving medical treatment in the port town of Obock, Djibouti.

"Wednesday's tragedy is further proof that criminals continue to exploit people desperate to improve their lives for profit regardless of the consequences", said IOM Djibouti Chief of Mission, Stephanie Daviot.

She called for smugglers and human traffickers to be prosecuted, before appealing for the creation of legal migration pathways, "to allow people to pursue work opportunities abroad" without having to risk their lives.

At least 200 migrants including children were crowded onto the vessel when it departed, according to reports.

Thirty minutes into the journey, smugglers forced around 80 people into the sea. Five bodies have already been recovered.

Every year, tens of thousands of mainly young east African migrants make the dangerous journey from countries such as Somalia and Ethiopia to Djibouti and on to war-torn Yemen, in search of work in the Gulf countries further north.

In January this year, more than 2,500 migrants reached Yemen from Djibouti, and the UN agency has expressed concerns that more migrants will cross when coronavirus transmission measures are lifted, raising the prospect of future tragedies.

In Yemen, thousands of migrants are believed to be stranded and many face "extreme danger, exploitation and abuse in both Djibouti and Yemen", according to IOM.

In August 2020, IOM launched a $84 million appeal to respond to the needs of migrants on the Horn of Africa and Yemen, including Djibouti.