The ICRC's head of operations in Ethiopia, Jeremy England, spoke to UK parliamentarians today about the humanitarian situation in northern Ethiopia. In this article he sets out his main concerns and calls on all parties to protect civilians.

It's the fear of not knowing where your next meal will come from. Fear for missing loved ones. Fear about what the future will bring.

Fear and uncertainty stalk people in Ethiopia's Tigray region. You hear it in their voices. They've endured a traumatic period of fighting and are now at a critical juncture.

The region needs stability and extensive assistance in the face of both urgent and long-term needs.

Since clashes flared at the start of November, people uprooted by the fighting have faced a profound struggle to get the basics they need to survive - food, water, shelter and health care.

When our teams speak to families, even during my most recent visit to Tigray, food is still uppermost in their minds.

The violence took place during the harvest season, which will undoubtedly have a negative impact on food supplies in the immediate future.

Food distributions have started in several camps for those displaced and in host communities, but these need to be rapidly increased.

Next you hear stories about loved ones who have gone missing in the chaos of fleeing violence, or family members in different parts of the region who can't be contacted - even our own colleagues face these concerns.

Communication remains challenging despite renewed connections in some urban areas.

Together with the Ethiopian Red Cross and the Sudanese Red Crescent, we've managed to help 11,300 families to re-establish contact.

This is what concerns me most: we don't yet know the true level of need in rural areas. No one does.

We have nearly doubled our budget for Ethiopia to support our relief activities, but this extra appeal for funds is not based on complete information from across the region.

It is based on the minimum level of need as we see it and our current capacities to respond.

The reality could be much worse and we may have to do much more.

Outside of the regional capital Mekelle, we have teams in all zones of Tigray and are working very closely with the Ethiopian Red Cross Society and their network of volunteers.

But the ICRC, along with other humanitarian agencies, has limited access beyond major towns.

In our case, this isn't because we are being deliberately impeded, it is more a question of ongoing insecurity, the different armed actors involved, as well as logistical constraints.

While humanitarian access is top of the agenda, we also need to talk about getting basic services and utilities up and running again.

Amid the influx of people into Mekelle, some semblance of normality is returning to the city's streets. Shops, markets and cafes have reopened. Electricity supply and communication networks have been restored - despite occasional interruptions.

The same is happening in towns north of Mekelle and it is encouraging, but it is not indicative of the situation in rural areas.

Armed confrontations are ongoing in parts of Tigray. We are worried that people are not able to access the health care they need due to ongoing hostilities, nor the referral to different levels of care that they may need.

The vast majority of primary health-care centres across the region are not functioning, either due to lack of supplies or looting.

These centres normally provide health-care for about 70 per cent of the population. This places huge pressure on secondary care facilities.

But beyond Mekelle, our information suggests that many hospitals are only partially functioning, some are even closed.

One third of the region's ambulances have also disappeared. It is not safe for them to provide their services outside the main cities.

Ensuring the delivery of supplies to hospitals in Tigray is a priority for us. So far, we have provided support to seven hospitals and three primary health centres in the main cities.

The humanitarian needs are not confined to Tigray. The ICRC has also supported hospitals in neighbouring regions that are treating people who have fled the fighting.

Eastern Sudan has seen more than 60,000 people cross the border in search of refuge. Together with the Sudanese Red Crescent, we're working in two reception sites and one refugee camp.

Colleagues there have told me about the dire conditions and how people are in shock. Many carry wounds from the journey and are desperate to contact loved ones.

We are now four months into this crisis. While the worst of the violence may have stopped, my own fears are that things could still get worse and that Tigray could turn into another protracted humanitarian crisis.

The ICRC has made repeated calls urging all parties involved in the fighting to protect the civilian population, to respect health-care staff and facilities, and to grant humanitarian access.

The international community needs to pursue constructive diplomacy so that pressure is released, and security, stability and basic services can return. There are still too many flashpoints.

The ICRC is committed to increasing its response. But if security does not improve then markets, families, even local government, are going to struggle to get back on their feet. 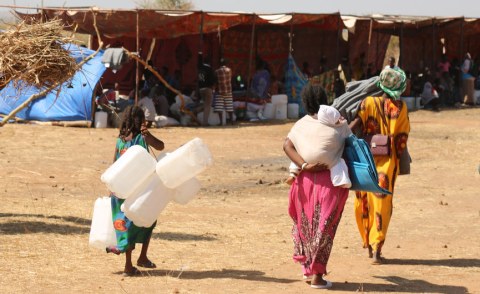 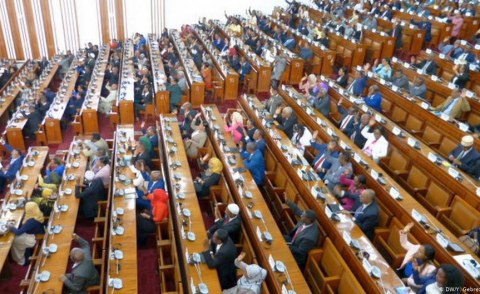 Ethiopian Group Reports Killings, PM Says Eritrea Was in Tigray
Tagged:
Copyright © 2021 International Committee of the Red Cross. All rights reserved. Distributed by AllAfrica Global Media (allAfrica.com). To contact the copyright holder directly for corrections — or for permission to republish or make other authorized use of this material, click here.