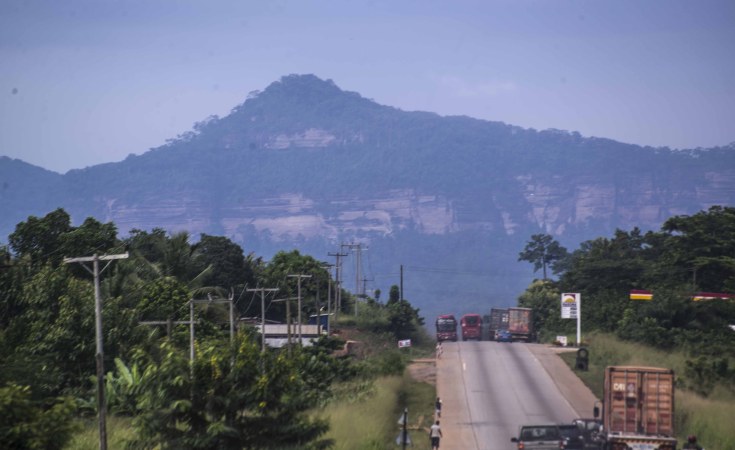 Over the past few decades the boundaries of tourism have grown to include festival, cultural and ecological attractions. But the benefits of this development haven't been extensively explored. These include attracting tourists who in turn make contributions to the development of the community. And stimulating the diffusion and commemoration of local culture as well as custom and ceremonies.

Ghana has numerous festivals in its 16 administrative regions that attract both domestic and international tourists. The Kwahu Easter Festival stands out as one that's shaped festival tourism in Ghana because of its successful performance over the years. The festival takes place during the Easter period. Known as that Kwahu Easter and Paragliding Festival, it stretches over three days and involves a range of activities. These include paragliding and street carnivals.

I found that the festival has brought community cohesion as well as economic benefits. Nevertheless, it has also brought negative social benefits and social cost to the residents.

Tourism is said to be the fourth highest foreign exchange earner for Ghana. The economy benefits immensely from tourism and tourism-related activities. Recognition of this has been growing in the country, as is evident in the fact that management courses are being included in in universities and higher education institutions.

I interviewed 398 residents, all over 18 years old, living in the catchment communities of Kwahu festival. These included Mpraeso, Abetifi, Nkawkaw, Obo, Obomeny and Atibie. Nearly 60% participated in the festival.

The residents said they saw the festival as a way of developing community cohesion and development of social amenities. While the economic benefits were not the principal reasons for the holding of the festival, many took advantage of it to increase their earnings. Those who did so said they made significant economic gains.

It was also clear that the festival fostered unity and pride.

The pressure on infrastructure were identified as increase in the services of the police, water and electricity supply to the businesses and homes, ambulance services and paramedics, fire service among others.

The conclusion I reached from my research was that festival tourism is a significant catalyst for economic activity. And that it must be given more focused attention.

Some Ghanaian festivals are still celebrated in the conservative fashion. This means that they don't include entertainment. Examples include outdoor musical events, open mic nights, live show, movie theatres, carnival, sporting events and special food offerings. This means that outsiders aren't attracted, limiting the impact of the occasion.

In addition, the negative effects of festival tourism should be at the forefront of government and stakeholder focus. Issues include: the overuse of public infrastructure, the impact on local residents of a rise in the cost of goods and services, improper tourist behaviour and crime.

Players, including the Ministry of Tourism, Arts and Culture, Ghana Tourism Authority and traditional rulers, should make sure they understand the push and pull factors of festival tourism better.

First, the Ghana Tourism Authority needs to ensure festivals don't erode entrenched traditional values. It needs to put in place measures to reduce the negative effects of the festivals. For example, providing awareness programmes that will educate attendees as well as maintaining traditional values of the custodians of the festival. They also need to educate the public about the environmental effects of activities.

Second, it's imperative that government agencies such as the Ghana Tourism Authority , the Ministry of Tourism, Arts and Culture as well as traditional rulers and festival organisers factor the positive gains as well as the negative ramifications of festivals into the planning and organising of the events.

Ghana stands to enjoy enormous benefits if its cultural heritage can be marketed effectively through tourism.