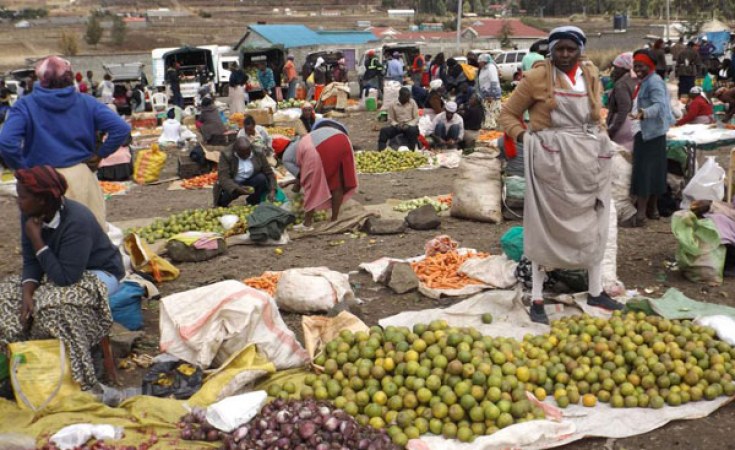 The Executive has bowed to pressure from Parliament and allowed MPs to make amendments to the Kenya-UK trade deal. However, the changes shall be considered a year after the deal comes into force.

Trade and Cooperatives PS Johnson Weru appealed to lawmakers to pass the ratification of the pact with reservations.

"Should Kenyans through their representatives in Parliament express reservations, they can be considered one year upon ratification of the agreement," Mr Weru said.

The PS said the memorandum sent to Parliament by Trade Cabinet Secretary Betty Maina barring MPs from making any changes to the pact was not part of the Economic Partnership Agreement (EPA).

"We want to convince members to become our ambassadors during debate on the ratification," Mr Weru said.

Ms Maina said Kenya has a choice to continue with the partnership or abandon it altogether within a year if it is not working for its people.

Trade Chief Administrative Secretary Lawrence Karanja said though MPs cannot change the agreement that has already been signed, there is room for review.

"They can pass it with recommendations. We shall then communicate the reservations to our trade partners so that they can be considered during the implementation," Mr Karanja said.

The about-turn by the ministry came a day after lawmakers threatened to shoot down the trade agreement if they are not allowed to make changes.

The MPs were angered by paragraph 16.1 of the EPA that accompanied the memorandum of the trade pact sent to Parliament, which stipulates that EPA Act does not permit any amendments during ratification.

The lawmakers argued that the clause that bars them from making changes to the pact interferes with the sovereignty of Kenya.

Kiambu Town MP Jude Njomo yesterday said there is no point of taking the memo to Parliament if nothing can be amended.

"Parliament must be allowed to do its duty," he said.

Those in support said the benefits outweigh the fears expressed by those against it.

Flower Council of Kenya chairman Richard Fox told the Adan Haji-led National Assembly Trade, Industry and Cooperatives Committee that the deal gives the organisation a level-playing field with competitors from Colombia and Ethiopia.

Mr Fox said the eight per cent import duty being charged by the UK is too high and not sustainable to the Kenyan flower stakeholders.

"If the agreement is not implemented, our businesses will collapse," Mr Fox said.

However, Econews Africa said the deal does not comply with the East African Community customs union protocol