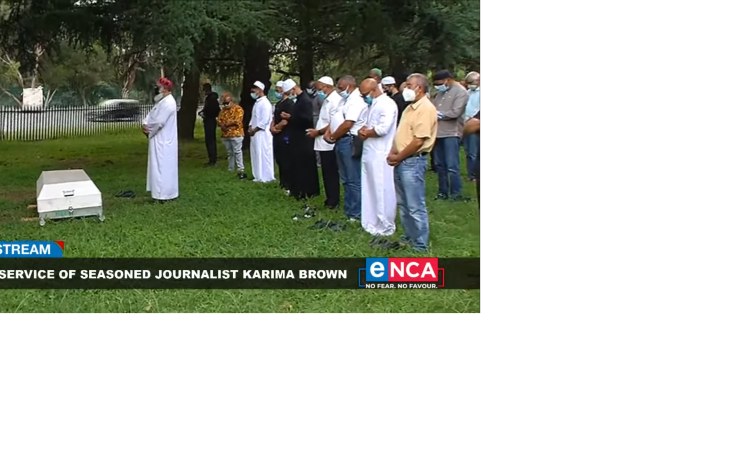 The South African National Editors’ Forum (SANEF) has learnt with great sadness of the passing of journalist Karima Brown after suffering Covid-19 complications.

Brown, who hosted ‘The Fix’ on eNCA and was a well-known political commentator, had been hospitalised for several weeks in the intensive care unit after contracting Covid-19. She held many senior positions in the South African media industry, including a senior producer at SAfm current affairs, political editor at Business Day and executive editor for the Independent Group.

Revered by many and known for her fearlessness – Karima Brown was no stranger to controversy. Her stint at Independent Newspapers under Sekunjalo boss Iqbal Surve’ resulted in a fall out among some of her peers. But she soldiered on.

One of the many things she will be remembered for was taking on EFF leader Julius Malema after he had published her cellphone number on Twitter and accused her of sending spies to an EFF meeting. She sued him and won. The case will be remembered for being a significant building block for “an environment where journalists can do their work i.e. to report without fear or favour and to hold the powerful to account”.

The High Court ruled in Brown’s favour saying that the EFF had contravened sections of the Electoral Code and issued a formal warning against the EFF.

The court’s decision was an important victory for media freedom and for ensuring the safety of journalists – particularly women journalists. In South Africa, and around the world, women receive the lion’s share of abuse and intimidation both online and in the real world.

Among many battles that she experienced in as a journalist, Brown was also among 11 editors in the country who were harassed, intimidated and threatened by Black First Land First (BLF) and its founder Andile Mngxitama following a protest at the private house of the then Tiso Blackstar editor at large Peter Bruce.

The BLF referred to Brown, former HuffPost editor-at-large Ferial Haffajee and Talk Radio 702 presenter Eusebius McKaiser as “askaris”, – a deeply offensive term used mainly during the apartheid era to refer to liberation fighters who changed sides and joined the oppressive regime. SANEF won an interdict against the BLF stopping it in its tracks from further intimidation of journalists.

To many young upcoming journalists, Brown was a mentor. Many of them have taken to social media platforms thanking her for her role in the development of their careers.

SANEF has written to the Health Minister Dr Zweli Mkhize asking that journalists be included in the list of essential workers meant to be among the first to receive vaccines in a bid to reduce the negative impact of the Coronavirus in the industry.

SANEF extends its deepest condolences to her family, friends and colleagues. 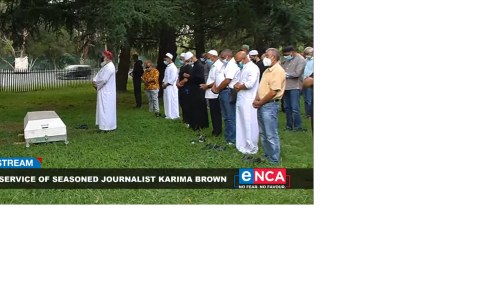 EFF Leading South African Information War with 'Army of Trolls'?
Tagged:
Copyright © 2021 South African National Editors' Forum. All rights reserved. Distributed by AllAfrica Global Media (allAfrica.com). To contact the copyright holder directly for corrections — or for permission to republish or make other authorized use of this material, click here.