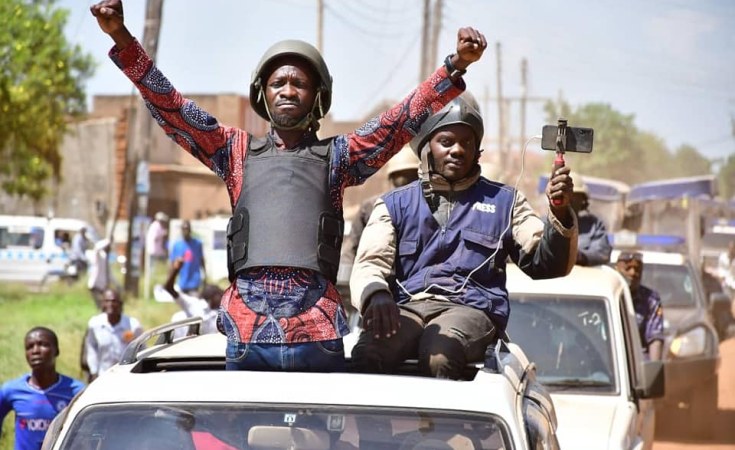 The storm over whether or not to recall the bullet proof car belonging to the runner-up in the January 14 presidential elections Robert Kyagulanyi aka Bobi Wine by the Uganda Revenue Authority (URA) for tax re-evaluation, will be decided on April 6 by the High Court in Kampala.

Justice Emmanuel Baguma, set the ruling date Thursday after the lawyers of Mr Kyagulanyi and URA appeared before him for guidance on how to proceed.

In the timelines given by court, Justice Baguma ordered the parties to file written submissions which he will base on to deliver his ruling next month.

Mr Kyagulanyi's lawyers led by Mr Geoffrey Turyamusiima have up to March 11 to do so while the tax body has up to March 15 to respond.

Should any new issues arise from the submissions of URA, the court said Mr Kyagulanyi has up to March 19 to respond to them.

Still during yesterday's session, Mr Kyagulanyi's lawyers told court that their client doesn't have any problem with the tax body re-assessing his bullet proof car as long as it's done in his presence and at his home in Magere in Wakiso District.

But on the contrary, Counsel Alex Ssali who represented URA, responded that the law does not permit them to carry the tax re-evaluation from Mr Kyagulanyi's home but rather at their Warehouses.

On Monday this week, the leader of the opposition National Unity Platform (NUP), petitioned court, seeking to block URA from recalling his bullet proof car for a tax re-evaluation.

This followed a communication from the tax body to the politician of how his car (UBJ 667 F Toyota Land Cruiser V8), had been under-valued when it was assessed and cleared as an ordinary car not knowing that it was a bullet proof car.

But in his law suit, the musician turned politician, contends that the tax body does not have legal powers to recall his vehicle (UBJ 667 F Toyota Land Cruiser V8) that has already passed through their hands and even cleared.

Mr Kyagulanyi among others, wants court to issue a permanent injunction against URA and all its agents from enforcing the said orders to have his car recalled for tax re-verification.

Bobi Loses Round One of 'Bulletproof' Vehicle Case