Africa: Theirworld Honours Theo Sowa for Transforming the Lives of Girls and Women

London — The former CEO of the African Women's Development Fund was given the Unlock Big Change Award during our annual International Women's Day event.

The extraordinary efforts of Theo Sowa to transform and improve the lives of girls and women in Africa and globally have been recognised by Theirworld.

The former CEO of the African Women's Development Fund was named today as the 2021 winner of our Unlock Big Change Award, given to incredible women who have made significant contributions to education and gender equality.

She was honoured during Theirworld's annual International Women's Day event.

In a special video message, renowned activist Graça Machel said Theo was "one of the most prominent contributors to transform and change the lives, the profile and the future of the girl-child in Africa, of African women - but even at the global level".

Another recorded tribute at the online event came from Melinda Gates, who said: "Theo Sowa has made a career out of unlocking big change and she has done it by helping women across Africa tap into their own power to drive progress."

The Unlock Big Change Award recognises Theo Sowa's extraordinary work focus on gender equality in Africa and worldwide. She has been an adviser to Graça Machel - the international rights advocate and former Mozambique education minister - for many years and to Melinda Gates at the Bill and Melinda Gates Foundation. She also served as a trustee at Comic Relief and the Children's Investment Fund.

Her focus on equitable access to education and employment over many years has been groundbreaking and she continues to break down barriers at the highest-level meetings, as well as supporting grassroots work in Ghana. 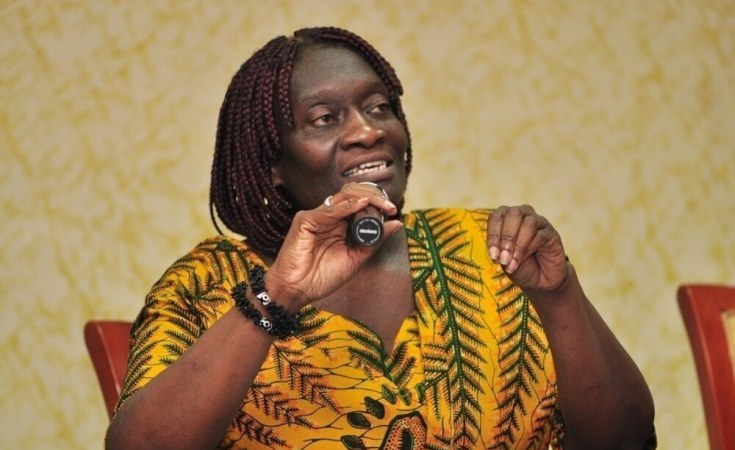 During today's live event, Theo said: "I feel hugely honoured. I truly believe in the work that Theirworld is doing - and celebrating the idea of women who unlock big change.

"This is a time and an opportunity to look at investing differently and investing more. It's time for us to not just listen but to hear the voices of the people who are most impacted by the inequalities in our societies.

"Education is not just about our schools - it's also about the emotional protections and the rights protections that we put in place. It's about allowing girls to dream and to envision and giving them the tools to change their societies."

Theirworld Chair Sarah Brown spoke to Theo last year in an episode of her Better Angels podcast series. She told Sarah that it is not just education, but quality education, that will unlock change for children around the world.

Theirworld's first Unlock Big Change Award was given last year to Ngozi Okonjo-Iweala, former Nigerian Finance Minister, Managing Director of the World Bank and Chair of GAVI, the Vaccine Alliance. She has just become the first woman Director-General of the World trade Organization.

We are a global children's charity committed to ending the global education crisis and unleashing the potential of the next generation.

Read the original article on Theirworld. 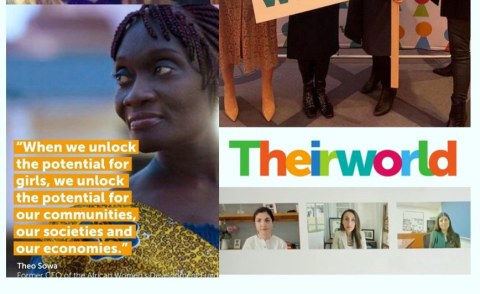 Transforming Girls & Women's Lives - Theirworld Honours Theo Sowa
Tagged:
Copyright © 2021 Theirworld. All rights reserved. Distributed by AllAfrica Global Media (allAfrica.com). To contact the copyright holder directly for corrections — or for permission to republish or make other authorized use of this material, click here.