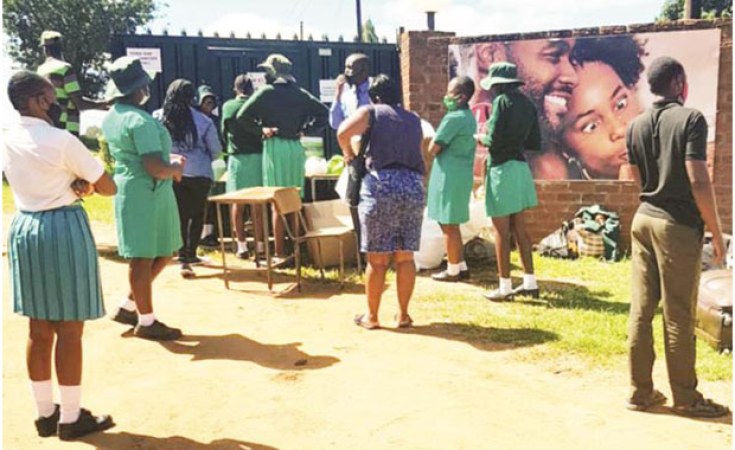 On Monday the Government announced phased re-opening of schools in the country, effective from March 15, 2021, starting with examination classes for Grade VII, Form IV and Form VI.

The review of the situation and the decision on re-opening of schools is based on a decline in the number of Covid-19 infections in the country.

As Zimbabwe was preparing itself to restart the educational sector and the rest of the economy, two UN agencies -- UNICEF in particular, supported by UNESCO -- on Wednesday called for the re-opening of schools world-wide.

"As we approach the one-year mark of the Covi-19 pandemic, we are again reminded of the catastrophic education emergency worldwide lockdowns have created.

"With every day that goes by, children unable to access in-person schooling fall further and further behind, with the most marginalised paying the heaviest price.

"We cannot afford to move into year two of limited or even no in-school learning for these children. No effort should be spared to keep schools open, or prioritise them in re-opening plans."

UNICEF's decision is informed by realisation that school closures have devastating consequences for children's learning and well-being.

Concerned by the continued closure of schools, UNICEF said the most vulnerable children and those unable to access remote learning were at an increased risk of never returning to the classroom, and even being forced into child marriage or child labour.

According to the latest data by UNESCO more than 888 million children worldwide continue to face disruptions to their education due to full and partial school closures.

The majority of schoolchildren worldwide rely on their schools as a place where they can interact with their peers, seek support, access health and immunisation services and a nutritious meal.

The longer schools remain closed, the longer children are cut off from these critical elements of childhood.

To call attention to the education emergency and raise awareness about the need for governments to keep schools open, or prioritise them in reopening plans, UNICEF on Wednesday unveiled "Pandemic Classroom", a model classroom made up of 168 empty desks, each desk representing the million children living in countries where schools have been almost entirely closed -- a solemn reminder of the classrooms in every corner of the world that remain empty.

"This classroom represents the millions of centres of learning that have sat empty -- many for almost the entire year.

"Behind each empty chair hangs an empty backpack--a placeholder for a child's deferred potential," said Fore.

"We do not want shuttered doors and closed buildings to obscure the fact that our children's futures are being put on indefinite pause.

The move is to draw attention to the "profound impact" of keeping students out of school as the organisation calls on world leaders to reopen classrooms as soon as possible -- within the World Health Organisation coronavirus-prevention guidelines.

"What we've learned from such prolonged school closures has a profound impact particularly on vulnerable and marginalised children," said Robert Jenkins, the Global Chief of Education for UNICEF.

"So we're calling for all governments to open schools now.

"Schools should be the first to open during the reopening process, to take all actions to do so safely, to also provide comprehensive support as children reenter schools."

As students return to their classrooms, they will need support to readjust and catch up on their learning. School reopening plans must incorporate efforts to recover children's lost education.

UNICEF urged governments to prioritise the unique needs of every student, with comprehensive services covering remedial learning, health and nutrition, and mental health and protection measures in schools to nurture children and adolescents' development and wellbeing.

Schools for more than 168 million children globally have been completely closed for almost an entire year due to Covid-19 lockdowns, according to new data released by UNICEF.

Additionally, around 214 million children globally -- or one in seven -- have missed more than three-quarters of their in-person learning.

The analysis on school closures report notes that 14 countries worldwide have remained largely closed since March 2020 to February 2021. 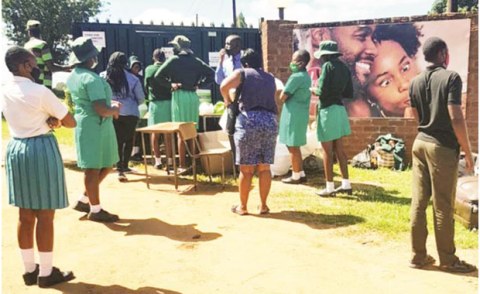 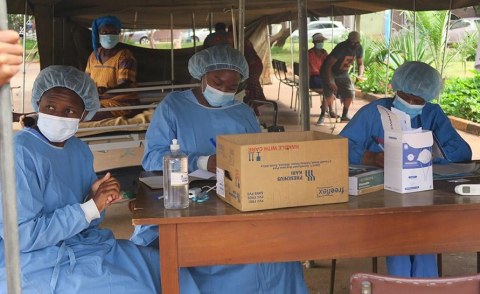 Zimbabwe's June Exams Cancelled After Covid-19 Disruption
Tagged:
Copyright © 2021 The Herald. All rights reserved. Distributed by AllAfrica Global Media (allAfrica.com). To contact the copyright holder directly for corrections — or for permission to republish or make other authorized use of this material, click here.