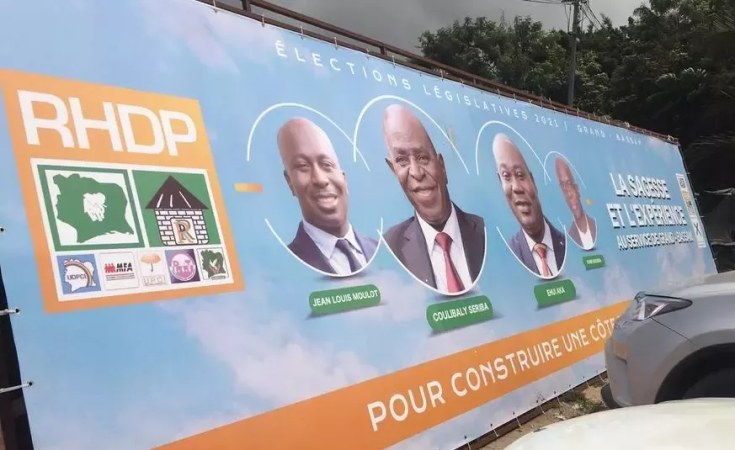 The election pitted two formally allied parties against each other. The dueling claims of victory came as early provisional results were released. Turnout was low due to recent violence.

"We have achieved our goal of securing around 60% of the seats," said Adama Bictogo, executive director of the ruling RHDP party.

Earlier on Sunday, the center-right Ivory Coast Democratic Party (PDCI), said it won "around 128 seats with our allies." That would be just enough to secure a majority of the 255 seats.

The conflicting claims of victory came after the country's international electoral commission released early provisional results, but no official results have been announced.

The PDCI had forged an election alliance with the center-left coalition Together for Democracy and Solidarity (EDS). The parties said their aim was to prevent President Alassane Ouattara and the RHDP from "consolidating absolute power" in the world's largest cocoa grower.

"Our concern is that the results may be manipulated," said Koffi, who warned the government against "any attempt to falsify" them.

The polling took place on Saturday across the nation. Koffi said participation "did not exceed 20%."

That is a significant drop from the 34% that participated in the 2016 elections, when the RHDP and PDCI were allies and won an absolute majority. Koffi said there was a "fear of violence" coming into election day. Despite the perceived threat, there were no serious incidents reported.

Ouattara won a controversial third consecutive term with more than 94% support as the opposition boycotted the election.

Saturday's election was the first time in ten years that all major political actors participated in the election. The Ivorian Popular Front (FPI) had lifted its decade-old boycott of elections to take part. More than 1,500 candidates were vying for the 255 seats.

Voters Go to the Polls to Elect New Parliament 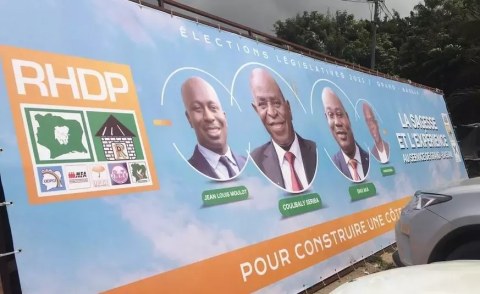 Amnesty Decries Cote d'Ivoire Opposition Leader Crackdown
Tagged:
Copyright © 2021 Deutsche Welle. All rights reserved. Distributed by AllAfrica Global Media (allAfrica.com). To contact the copyright holder directly for corrections — or for permission to republish or make other authorized use of this material, click here.