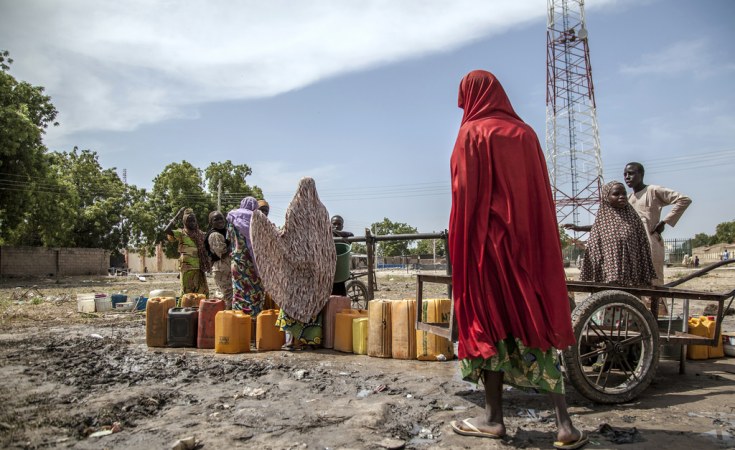 The governor discovered that out of the 1,000 IDP households in the records of humanitarian officials, only 450 were genuine IDPs, while the rest 550 were ghosts.

This was contained in a statement by Isa Gusau, special adviser on communications and strategy to Governor Babagana Zulum on Sunday in Maiduguri.

"At about midnight on Sunday, Gov. Babagana Zulum visited Mohammed Goni College of Islamic Legal Studies in Maiduguri, where Internally Displaced Persons (IDPs) from Abadam were being camped.

"The governor discovered that out of the 1,000 IDP households in the records of humanitarian officials, only 450 were genuine IDPs, while the rest 550 were ghosts.

"In humanitarian system, a household normally consist of at least six persons who are either related through families, or chosen to stay together for the purpose of receiving household aids," Mr Gusau said.

According to Mr Gusau, Mr Zulum is not averse to approving support for vulnerable persons in the state.

"Already, there is a committee attending to such people, a case where some residents of Maiduguri are making dubious claims in other to take what is meant for IDPs while also benefiting from other welfare packages targeted at non IDPs is unacceptable," he said.

Zulum Storms Camp At Midnight for Headcount Over Fake IDPs