El Geneina — Kamal El Zain, member of the High Committee for the Management of the West Darfur Crisis revealed an attempt to smuggle those arrested for participating in the El Geneina massacre in January at Kerending camps on Wednesday.

Speaking at a press conference in Khartoum yesterday, he said that a bomb exploded inside the prison, as part of the attempt to escape. He asked about how to insert a granite bomb into the prison, calling on the prison administration to seriously deal with the case, explaining that a successful escape would "aggravate of the situation."

He also accused the Public Prosecutor of complicity, in not lifting the immunities of those accused of participating in the massacre, most of whom are Rapid Support Forces (RSF) personnel.

He said that a number of witnesses has been lost during the recent events in El Geneina, and demanded that the cases be transferred to Khartoum and that the perpetrators be held accountable, warning that not holding them accountable would lead to repeated massacres.

El Zain also spoke of the "deterioration of humanitarian conditions in 25,000 shelters for the displaced in El Geneina." He referred to refugees who have fled to Chad and others stranded at the border due to the events in El Geneina. He called for food and medical aid supplies to be delivered to the 90 shelter centers in El Geneina and the immediate initiation of the application of transitional justice in West Darfur.

The transitional process is vital "to address issues of identity, land, and the politics of demographic change," he said, appealing to the youth and the native administration to spearhead "real initiatives" for social peace and crime prevention.

The wali explained that during the meeting he presented an integrated vision on how to address the security and social problems in the state, indicating that the meeting dealt with the importance of having paths to prevent frictions between farmers and herders.

Regarding the formation of a follow-up committee, he added that the Prime Minister directed him to proceed with measures to create an atmosphere for people to live in safety and peace, and affirmed the government's keenness to provide security, peace, and stability in all parts of the country.

El Geneina is still recovering from January's violence, which left at least 163 people dead and 130,000 displaced.

A week later, Arab tribesmen set up a sit-in in El Geneina. The sit-in attracted protestors from other areas in Darfur in the days after that.

Resistance Committees active in the neighbourhoods of El Geneina said in a statement violence that they do not agree with the closure of the main roads in the state. The activists explained that "the sit-in was started in the name of certain tribes and was led by a number of supporters of the ousted Omar Al Bashir regime". They expressed their support to the wali, who gained his position under the auspices of the Sudanese revolution.

West Darfur is home to the Masalit, a non-Arab sedentary tribe. The governor and local government employees belong to this tribe.

In January, a joint security force, consisting of Central Reserve Policy, army and RSF, is said to have been deployed in West Darfur in order to protect the people.

Khartoum Should Now Send ICC Suspects to The Hague

Call for Justice in Darfur 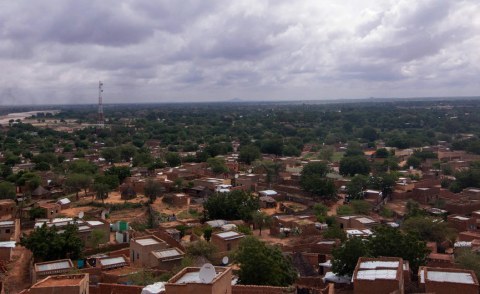 Sudan - Out With the Old IMF, World Bank Debt, In With the New
Tagged:
Copyright © 2021 Radio Dabanga. All rights reserved. Distributed by AllAfrica Global Media (allAfrica.com). To contact the copyright holder directly for corrections — or for permission to republish or make other authorized use of this material, click here.